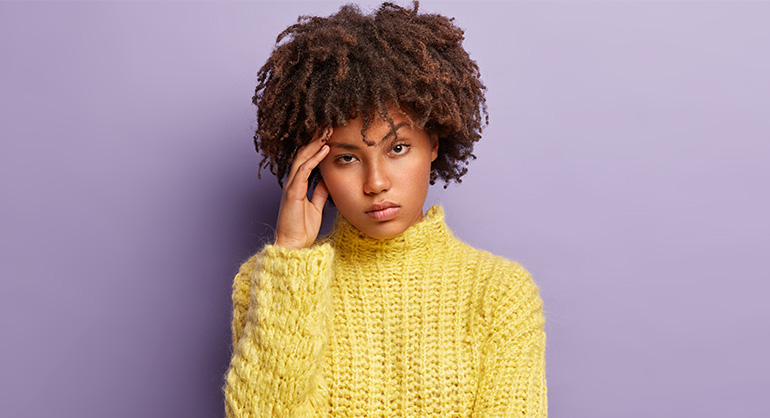 Avoiding Ad Fatigue with Multiple Versions of Your Ad Creative

We’ve all been there—bingeing a new TV show or catching up on a creator’s YouTube content only to see the exact same ad over and over again. By the time you’re finished watching, you have the commercial almost memorized and you wish you could see something (anything!) except that ad. You make a mental note to avoid the brand in the future, just to punish them for the incessant annoyance. Sound familiar?

This all-too-common experience can be summed up in one simple term that’s gaining traction in the marketing world: ad fatigue.

Ad fatigue describes the process of an audience seeing an ad too many times, becoming bored or frustrated by the repeated content, and tuning out every time they see it moving forward. In the best cases, audiences simply stop paying attention to the brand’s ad in the future. In the worst cases, they create lasting negative associations with the brand that affect purchasing decisions for the long term.

How Ad Fatigue Has Evolved Over Time

Ad fatigue isn’t a brand-new concept, but it wasn’t as prevalent back when cable TV was the primary method for consuming content.

There are two main reasons for this. First, before the advent of streaming services, “bingeing” content was far less common than just watching your favorite show or movie when it aired. Content consumption was more evenly spread throughout the week or month, so there were fewer opportunities to be overloaded by the same ad content in a short period of time.

Second, the ad buying landscape didn’t facilitate ad fatigue experience as easily in the Broadcast environment. It was more common to purchase specific, individual ad slots, aligning with moments when your audience would be watching.

Because the ad placements were sold for particular moments during popular programs, advertisers would know not to purchase back-to-back slots. In general, more attention was paid to the viewer experience and when/how they would interact with the content.

Today, both of these factors have evolved. Most content is consumed marathon-style, meaning there are more opportunities to encounter ad content in one sitting. Additionally, programmatic media buying has changed the way advertisers distribute their ads. And in the programmatic space, there are a variety of scenarios that all lead to ad fatigue for the consumer.

The ad fatigue concept is also not limited to OTT services. When advertising on Facebook, a metric called “frequency” provides insight into how many times each user has seen your ad creative. Facebook itself has released data on the optimal frequency, with the best campaigns garnering a frequency between 1 and 2 over the course of ten weeks. After 3.4, ad effectiveness drops off—likely because users become frustrated at the repetition.

What Are Platforms Doing to Address Ad Fatigue?

Notably, streaming services are aware that this problem is happening—and so are consumers. Many people have taken to internet forums to voice their concerns. For example, one Quora user asked, “Why does Hulu show the same commercials? I don’t mind commercials just hate seeing the same one 3 times per episode.”

When Hulu came up against this issue directly in its own community forum, it took action to correct the problem. A user shared a post that said “Stop replay of the same commercial. Rewatching the same commercial is annoying.” (The post received almost 800 upvotes, presumably from other frustrated users.)

Hulu’s response indicated that the company had decreased the amount of times that a particular ad could be shown in one day, answering that the problem had been solved. Still, that interaction happened back in 2019, and users are facing the same experience in 2022. Users are still responding on the same thread, pointing out that the problem has, in fact, not been solved.

Hulu’s attempted solution is an example of a frequency cap, which set limits on how often an ad can be shown within a given hour, day, or week. The good news is that frequency caps do have the potential to provide relief for viewers. The bad news is that they’re not monitored well enough to provide relief right now. Most of the complication lies in the fact that advertisers can now purchase ad slots from a variety of sources—the network, the platform, or even the programmatic buyer partner that handles the whole process.

The most common pushback around ad fatigue is the oft-cited marketing statistic that you need to hear a message seven times before it really sinks in. However, despite this stat’s widespread nature, its origin is actually unclear. Many marketers continue to use the “seven times rule” to push for repeated messaging, but the evidence falls short.

Regardless, there is some truth to the concern that eliminating all repetition might hurt marketing results. So how do you create content that strikes the balance between being memorable and being irritating? Our answer: capturing additional value out of your video shoot by creating a few variations of your concept.

Here’s why we love this solution. Many of the costs involved in your production day are overhead costs that occur no matter how much content you end up with. In many cases, it’s more cost-effective to capture additional content while you’re already on set than it is to come back another time to shoot a new campaign.

So, when you’re planning your next production, opt for a few creative options based on the same campaign. The increase in cost will be marginal compared to the overall cost of the shoot, while the value you’ll receive from the resulting content is priceless.

Some companies are already doing this well. The fan-favorite Progressive campaign, which features Dr. Rick teaching his patients how not to turn into their parents, incorporates a variety of spots that all hinge on the same concept. Because the videos are related but not exactly the same, the ad message is driven home without the frustration at seeing identical ads over and over again. It’s a win-win for advertisers and consumers.

As you focus on combating ad fatigue with your creative process, it’s possible we’ll see more widespread solutions from OTT platforms themselves. Today’s frequency caps aren’t stringent enough to eliminate the issue, but industry experts are hopeful that we’re moving in that direction.

In the meantime, the production world may play a major role in easing ad fatigue for consumers. So, next time you’re launching your own ad campaign, plan to maximize your on-set time with a few variations on your concept. And next time you see variations of an ad campaign while you’re bingeing your favorite show, you know who to thank.