Voice-Overs: What They Are and What They Do For Your Videos

You’re looking out over a sweeping landscape from an aerial view, mesmerized by the heights and gorgeous cliffside forest below you, when an epic, Morgan Freeman or David Attenborough style voice booms out from somewhere behind the camera: “Nature… the great outdoors…”

That’s called a voice-over, often abbreviated to V.O., and is one of the most well-known and most-often used film tricks. Whether used as a narration device, a shorthand tool for commercials, or as a comedic effect in countless TV, movies, and short viral videos, most people are familiar with the voice-over technique thanks to its prevalence in pop culture and media.

While most people know what voice-over is, less commonly known is how to do it well. Or really anything about when and why you would use voice-over in some movies and marketing videos, and not others.

So what makes a voice-over great? How do you plan a video around voice-over, or is it the other way around? When do you use voice-over instead of dialogue or music? How do you pick the right voice actor for your video’s voice-over?

We’re going to answer all of those questions below, so without further adieu, let’s dive into the wonderful world of voice-overs!

How do you make your own voice-over?

Have you ever tried to create and implement your own voice-over on one of your videos, but been confused on how or when you should do it? For first-timers, it can be tricky to know how to put a voice-over together as part of your video. Here’s a quick step by step guide:

A great voice-over will, first and foremost, emotionally communicate what your video is about. Whether it’s a narrator telling a story, asking the audience a question, or rallying a community to a cause, the voice-over should be passionate, clear, concise, and most importantly, important to the narrative.

For example, if your voice-over is just describing is happening on screen, without adding new context or details to what we are seeing that we might not otherwise know, then it doesn’t belong in your video. Just describing what an audience can see themselves does not provide value to the video, and it’s why many first-time screenwriters and filmmakers are advised not to rely on or use voice-over at all to tell their stories.

The same is true for voice-over in advertisements and marketing videos. If your ad has a narrator or celebrity spokesman, that person’s voice-over should be important to the storytelling of the ad or video, not just explaining what you are seeing.

As an example, if your video’s written script copy is the most important part, then you can use the accompanying visuals to underline certain key value points your voice-over is making.

Meanwhile, if your video’s visuals are the most important part of your ad, then your voice-over should be emphasizing and adding more context or extra details to what’s being seen on screen. And if your voice-over isn’t necessary to communicate this video’s core idea, then maybe you don’t need voice over for this video at all. 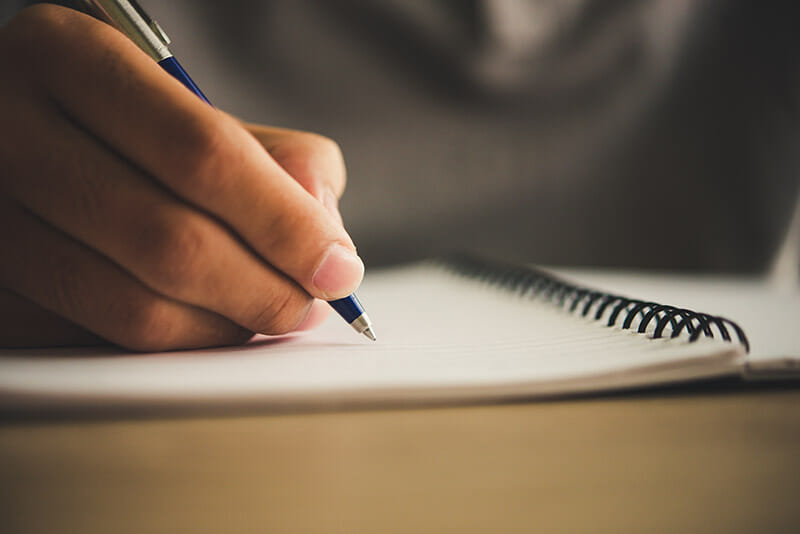 How can you plan your video around voice-over?

Simple: by writing your voice-over into the script.

As a rule of thumb, before you go out and shoot anything, you should script out what you want your video to look and sound like. This is good advice for almost every type of commercial or marketing video you shoot, even if you are just writing down the concept and certain visuals you want to see, but especially if you plan to include any voice-over.

For any time that you intend to use voice-over as a central part of your video, you should write it down ahead of time. As part of that same script, you should also write down any corresponding visuals you imagine would go along with said voice-over.

As an example, you don’t want to go out and film a bunch of shots of nature and have your voice-over be about how cheap and affordable your services are. And by contrast, you don’t want your video’s visuals to be all shots of your company’s processes in action when the voice-over is all about community and the importance of your customers.

By aligning the voice-over text with the visuals that go with it, you can streamline your entire video production process. You will already know what footage you need to capture on the day, and your assembly edit will be that much easier to put together because you’ve already mapped out the key movements, or structure, of how you want your video to flow ahead of time.

How do you know when your video needs a voice-over or not?

There may be times where you are struggling to come up with voice-over for a certain video at the script level. Or you might be making one of the many video types we talk about and make for our clients that don’t require any voice-over at all, and as such, your video doesn’t actually need any pre-written voice-over.

In those instances, the use of voice-over or not should be dictated by the script. If you are writing a script with scenes in it where actors do all the talking, you most likely don’t need a narrator or voice-over – except if you are having a narrator come in at the end of the video to emphasize a key selling point or value proposition, which is totally at your discretion.

Or let’s say you are creating a brand or lifestyle video, where you might just want to create a certain feeling or vibe with your video, in which case a voice-over might pull you out of the feeling you are trying to create. In that instance, you wouldn’t write any voice-over into your script at all. It’s all about what best communicates your video’s why.

On the flip side of that, there may be times where you don’t write a voice-over into a script, but you find your video might need it later. Not every voice-over has to be written and planned out ahead of time. It’s usually better when it is, but there will be those times you just happen to have a bunch of good footage and you just need a little voice-over to assemble it all together in a cohesive manner.

This could happen if you go out and film some great footage on the day, but feel your video is missing some important context in the edit room. Like you’re trying to make an event video, and wanted to expand on what’s seen on screen by sharing how many people attended and why this event was important to your company.

What about using voice-over in an interview or docu-style video?

Technically speaking, an audio track is only considered a voice-over if it is recorded separately without any accompanying video, usually for the express purpose of being a literal voice talking over other visuals.

However, in a lot of docu-style videos, there will be interview segments that you want to cut up and play over other visuals in a similar manner to a voice-over. In this instance, you can think of your interview audio tracks similar to a voice-over, in that you are going to cut them and use them throughout your video to better tell your story.

In this case, there may be instances where you might interview your company’s CEO and want to use an inspiring quote of theirs over the beginning of your video without ever showing their face. In that instance, it would definitely be considered a voice-over in the traditional sense.

How do you pick the right voice/voice actor?

Picking the right voice-actor for your video is more about a voice’s feeling and tone than it is about that voice-actor being the most talented or well-known. Obviously, some actors have better voices than others – take the epic voices of Morgan Freeman and David Attenborough as examples. But not all videos require the epic narration of such prestigious caliber. It all depends on the type of video you are creating.

For example, if your video has more of a laid back vibe, you might want more chill, surfer-like voice to sooth your audience and bring them to your level. Or if you have a more intense work-out product, you may want a manly, gruff sounding voice to get your viewers pumped about the benefits of your extreme brand of fitness! You might want a soft, bubbly voice to advertise a kid’s product – or an actual kid’s voice to communicate the genuine excitement of a cool new toy!

In voice-casting, just like regular casting, it’s all about the attitude and tone that a voice can bring, and whether that fits with your video. You don’t need the best actor – just the one that fits the video, story, or product the best. You do want to make sure they can capture all the nuance and emotion of your script, however. Nothing is worse than a flat, monotone voice-over that doesn’t inspire or hype anyone up, but puts them to sleep. 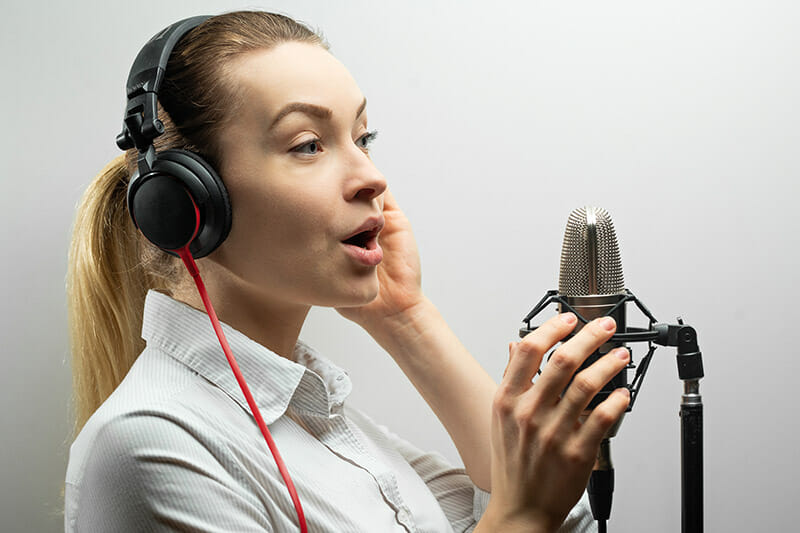 Need an extra voice to chime in?

We at Lemonlight create videos with awesome voice-overs all the time. From writing, to casting, to recording and editing, working with high quality voice-overs for high quality videos is one of our specialties, and we’d love to help you no matter what stage you are in your video production process. Schedule an intro call now and we can help you get started right away!

home chevron_right Voice-Overs: What They Are and What They Do For Your Videos