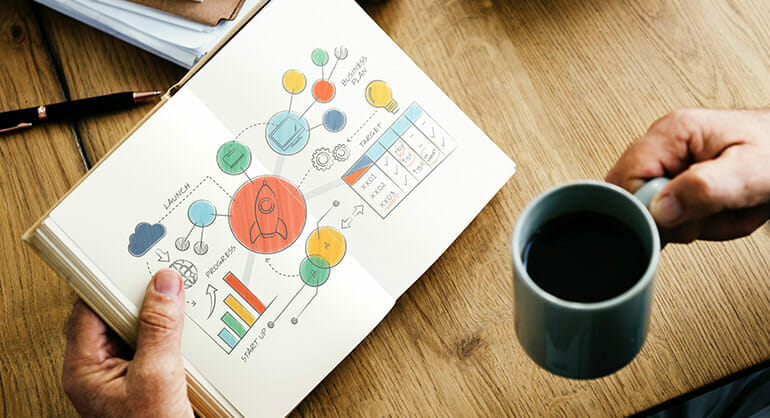 When you add a crowdfunding video to your Kickstarter campaign, it can bring you exponential returns. Just ask David Pettrillo, who started Coffee Joulies and was able to raise over $300,000 by creating the perfect, informative Kickstarter video!

Indeed, video can make or break your campaign. You should treat your Kickstarter video as the most important part of your campaign. In a lot of ways, it is. If a viewer sees nothing else, they’ll probably watch your video. In fact, according to Kickstarter, campaigns that include video reach their funding goals about 50 percent of the time, compared to 30 percent of the time when they don’t.

A lot of other factors play a role in your crowdfunding success, like your product or service idea, your audience, your price point, and more, but showing your product in action can be what tips the scales over in your favor.

Wondering how to get started? We’ve created hundreds of crowdfunding campaign videos and we’ve noticed a few things that makes each of them successful.

Keep these tips in mind next time you launch a Kickstarter video campaign.

1. Get your idea right before you write.

Before you film any of your video, you need to write a video script. But before you write your script, you need an awesome idea. Since you’re creating a Kickstarter campaign, you already have a great idea for a product. What we’re talking about is a great idea for your pitch video. This is also referred to as a video concept.

Sure, you can fit your pitch into a formulaic “this is who we are and what we’re making” infomercial format, but the real Kickstarter videos that resonate with viewers are the ones that stand out. The creative ones, the emotionally impactful ones, the ones that ask deep questions and hit home. Most importantly, the great Kickstarter video ideas are original to the creator.

Just like you created your product or project with an idea about what you want to see a product do differently, think about what you want to see done differently in a Kickstarter video. Great product ideas are everywhere, and even those with no aspirations to be an entrepreneur whatsoever still have their “you know what would be a great product?” ideas. But there is only one YOU, so your video idea should be original to you and your vision for your product, and highlight what you bring to the entire project.

One part mission statement, one part sales pitch, your script is the holy text of your Kickstarter video. Once you have your idea, you’ll need to write down everything you’re going to say in your pitch video and any accompanying visuals into a document that will be your script.

If you’ve never written a script before, look up examples or watch other successful Kickstarter videos to get ideas for what points they hit, what visuals they use, and how they phrase their voice-over or spoken dialogue. Don’t copy or imitate another video, but use them to get an idea for how the pros effectively communicate their own ideas.

3. Dive right in and stay on message.

You need to start your video’s key messaging right away. Wow them with a strong opening visual and ask an impassioned question. This question should be related to the core problem your product is trying to solve, or core question your project is wrestling with. By engaging your viewer right away with strong visuals and intriguing questions, you’ll capture their attention and have a much stronger chance of holding onto it throughout the entirety of your video.

From there, it’s all about keeping them engaged by staying on message. Don’t ask an interesting question and then run right into your pitch and get lost in all your product’s key features. Instead, keep focused on how your product and its features answers the question you asked at the beginning.

4. Keep it short and hit your key points.

A key aspect of a great campaign video is a short video length. We usually strive for an optimal video length of a minute and a half to two minutes. That being the case, while brevity is the soul of wit, there are some key points your video still needs to hit. Make sure you include key points about your story, your plans for their money, your rewards, and what happens if you don’t reach your goal.

Don’t get bogged down by the details, as that’s what the rest of your campaign page is for. Instead, offer a high level overview of those key details delivered in an impactful way. Focus on why your story is important to viewers, why the money is important to the overall plan of the product, why you’re offering the rewards you’re offering and why they’re useful to viewers, and why they need you to reach your goal. Make it matter!

At the same time, if you’re talking directly to the camera, be mindful of your own performance. Since you scripted your video out ahead of time, you shouldn’t be rambling or rushing to cram in a bunch of details. Instead, focus on being authentic and letting people know you’re worthy of their trust – smile, be warm, and communicate exactly. To avoid feeling wooden or inauthentic, rehearse it ahead of time, and time it so you don’t go on too long.

5. Leave them with a call to action and a WHY.

Why should your viewers back your campaign? Why does it matter if they don’t? Why does it matter if they do? Your product doesn’t need to save the world in order to be important, although if it’s helping to save the world, you should mention it. A powerful why can be anything, as long as it’s important to you and you can communicate that importance with your audience.

Some examples: Maybe you want to create a better hair care product because you know there’s a better alternative to the traditional, and your backers deserve it. Or maybe your backers can benefit from a more affordable electric bike because electric bikes actually help you stay more active and healthy and your bike helps them do just that in a more affordable way. Or maybe you want to create a documentary to honor a late legend, or a musical album to honor a late friend, because you want to share the story of their life with the world.

These are all powerful reasons WHY someone should get on board and back a Kickstarter project, even though they’re all different. The key is to channel that core inspiration behind your project and workshop a way to communicate it effectively to your audience. If you can do that, your video’s call to action will make a much more compelling case to back your campaign.