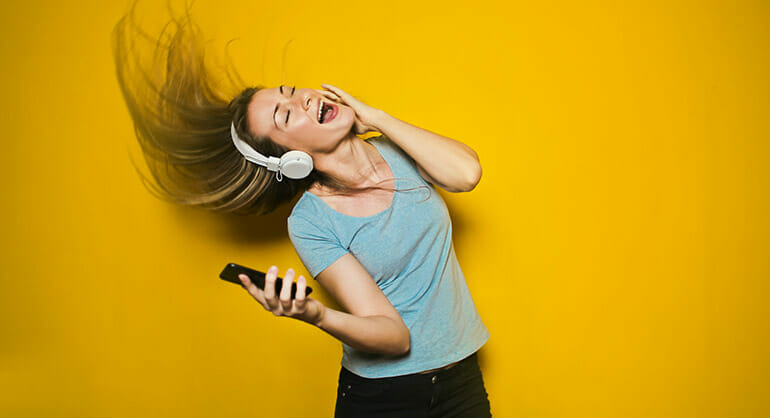 Remember when you thought video marketing for businesses was all about posting a video on YouTube? Like, a single video… just one… and then hoping that would amass you thousands or even millions of views after it went viral?

While there’s no doubt that still happens for the occasional lucky few, it’s rare to find a company that can post one single video and suddenly have millions of views. That’s because the most consistent and popular content creators on YouTube post videos every day. When it comes to YouTube, consistency is key.

Why is that? Well for starters, people come to YouTube to see more of what they already like. Humans are creatures of habit, and most streaming websites know it. Think about your Grandma who loves her murder mysteries on Netflix. You go to her queue and it’s all Law and Order and Midsomer Murders. That’s because Netflix knows exactly what Grandma wants based on everything she’s watched before, and they’re going to make sure she gets all the murder mystery she wants.

So what are the cool kids tuning in to watch on YouTube these days? First of all, a lot of stuff. About 2 billion people tune into YouTube every month, watching over 5 billion videos every single day. More people prefer going to YouTube than paid television channels, and people are watching on their phones more than ever before.

So yeah, it can feel pretty overwhelming trying to stand out in an environment with that much content, but that’s why you’re here!

We’ve combed through the data to find out what’s trending in 2019, so we can give your business the inside scoop on how to better infiltrate the YouTube market this year and stand out in a very competitive space.

Let’s dig into the data (courtesy of Statista):

Looking at the most viewed videos of all time, you’re going to see only music videos. That’s almost undoubtedly because music videos have the highest replay value of any other type of video. If you love a song, of course you’re going to play it again and again – and that’s especially true on YouTube, where you can stream pretty much anything for free.

Viewers don’t even have to be watching a music video to hit play. Thanks to automatic playlists, lyric videos, and standalone audio tracks, viewers will go to YouTube to listen to their favorite songs and leave them playing in the background, like you would do if you were listening on Spotify or Pandora.

If you aren’t factoring YouTube music playlists into your video advertising strategy, you’re missing out. Here are a few tips:

Gamer channels are still the channels to beat – and demo to reach.

Right behind Pewdiepie is a pretty diverse list of channels, including T-Series, an India-based music and movie studio, a DIY craft channel, more music channels like Justin Bieber and Ed Sheeran, and a few sports entertainment channels, like WWE and DudePerfect.

However, looking beyond pure subscribers, in terms of popularity and notoriety, the majority of the highest paid YouTubers are still video-gamer or gamer related channels. That’s because personalities like Markiplier, DanTDM, and up-and-comer Ninja have clout and are valued by their die-hard audiences, inspiring brand loyalty, attracting lucrative sponsorships, and selling tons of merchandise.

If you’re looking to tap into a young audience, or have products that fit the gamer demographics, here’s what we recommend:

Beauty tips videos are a massive market on YouTube, as well as other social media channels like Instagram. Influencers are paid a bunch of money and given thousands of free samples to promote select products. Just look at this data on the most popular beauty YouTubers by subscribers:

With the exception of Mexican beauty vlogger Yuya, who leads the group by over 10 million subscribers, most of the top beauty channels are neck and neck with each other, with most circling the 10 to 12 million range for a combined total of over 120 million. Even after factoring in all the crossover, it’s a massive market you don’t want to ignore.

Along with the popularity of beauty blogging is a growing trend in popularity of relaxation, yoga, wellness, and meditation videos. Google reported back in September that watch times for videos relating to managing stress were rising by over 60 percent year over year.

Here’s what to do if you’re trying to get in with the beauty and wellness crowd:

Global audiences (and kid channels) are not to be overlooked.

Recurring monthly viewership is a fantastic metric to study, because it shows how well channels are doing at retaining users and keeping viewers happy. By looking at the data detailing the highest number of monthly views, we can see that global channels, in particular India-based ones like T-series, are leading the pack.

Kids are notorious for watching endless hours of videos on YouTube – and not to mention the highest paid YouTuber as of the end of 2018 is a 7-year-old boy who posts toy review videos. Plus, the top five companies with the highest number of total views for branded content are almost all toy companies. The top is, of course, LEGO – because even adults like a good ol’ fashion LEGO video.

Trying to tap into a global market for an ecommerce operation? Or maybe you’re a creator tapping into children’s media? Here’s what you can do:

The ultimate demographic to target on YouTube in 2019? Baby boomers.

Google handed us metric-lovers one sweet dataset when they put together this piece on why baby boomers are turning to YouTube as part of their Think With Google series. Here’s what you need to know:

Following the trends in social media can be a daunting pursuit and can definitely lead you astray from time to time. Trying to be too trendy can blow up in your face, or worse – lead to misguided or flat out bad video content. But there are always ways to use this information to make your marketing more successful.

Knowing what the masses are watching can help you make smarter, more informed decisions when planning your own video content. Just don’t get too caught up on trying to be #relevant and you’ll do fine.

At the end of the day, the only predictor for online success, especially on a platform like YouTube, is creating a strong video. Without a video that tells a compelling story or properly communicates your product’s core competency, you won’t get very far, no matter how relevant your video might be to what’s hip and current.

home chevron_right What Do People Watch Most on YouTube in 2019?