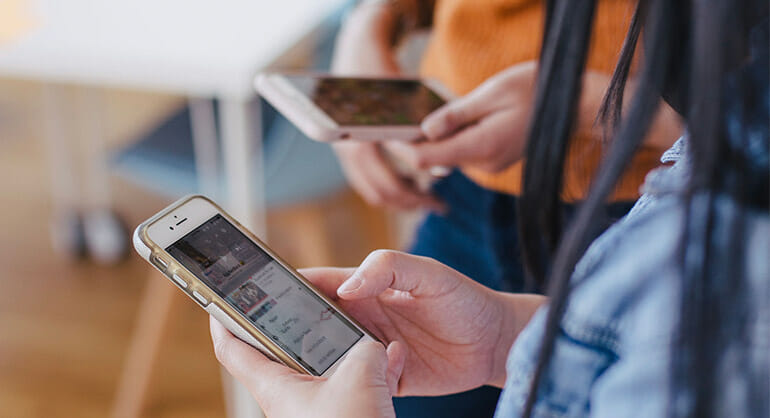 On the Internet, viral videos may seem like the ultimate form of success. Previously unknown content creators can have a stroke of luck (or a marketing strategy—more on that later) and have their moment in the spotlight.

While viral content may seem like a glamorous goal, it’s difficult to actually achieve, mostly due to the fluctuations in activity that decide what goes viral and what doesn’t. Content that works one day might fall completely flat in another situation with just a few variables tweaked.

Despite the difficulty of generalizing viral content, there are some best practices to keep in mind that may increase your chances of going viral. But, a couple of caveats before we get started.

First, it’s generally not a good idea to specifically aim to make a viral video. It’s one thing to have great video content that you want to market to reach as many people as possible, but it’s another thing to create the content itself with the goal of going viral. We tend to caution against the latter option, as it can lead to content that serves no purpose and wastes your resources for no reason.

Second, anyone who promises they can make you a viral video is lying. There is no formula that guarantees that content will actually go viral. Some content creators or distribution companies may claim that you can hire them to make your video go viral, but any arrangement that starts this way is likely to end in disappointment.

Yes, there are several commonalities between videos that do go viral, and it is possible to manipulate those factors to try to have the most significant impact. It is not, however, possible to guarantee that those strategies will work for a given piece of content. Even for content creators who have had viral success in the past, each new piece of content is a new challenge that is subject to the same inconsistencies in engagement trends as everyone else’s content.

With those disclaimers in mind, let’s talk about the facts. Thankfully, there are some easily-adjustable factors that many viral videos have in common. If your goal is for your content to reach as many people as possible, here are six tips for optimizing your content.

Viral content often goes viral for one simple reason: it elicits emotion. This is why there’s such a thing as “negative” viral content, like Kendall Jenner’s Pepsi ad. The video went viral by gaining backlash, not praise, but still earned millions of views. Obviously, having millions of viewers who are watching out of frustration is not ideal, so positive emotions are more likely to generate the response you want. Making people feel compassion, humor, or other happy feelings is worth aiming for if you want your content to gain traction.

This concept has a lot to do with why this woman’s Chewbacca video went viral. Her laughter is contagious, and it gives off a positive, happy energy that clearly resonated with viewers.

Next, you’ll want to share your content strategically. Many people have the misconception that viral content happens completely organically, but this is often not the case. A video with millions of views may have received boosts from advertising the content, doing outreach to get media outlets or prominent figures to share it, or otherwise making every effort to get the content in front of as many eyes as possible.

In one case, for example, a woman got the dance video below to go viral by intentionally trying to get traffic on several popular sites, and found success when it took hold on Reddit. Intentionally trying to get something to go viral isn’t a hands-off process by any means, so you’ll have to market your content just like you would in any other scenario where you wanted to increase its reach.

In the digital age, attention spans are shorter than ever. What does that mean for your content? Nobody (okay, almost nobody) wants to watch a ten-minute video unless it provides really clear value to them. Content that is most likely to go viral tends to be shorter in nature, ranging from a few seconds to a few minutes at most.

If your goal is to go viral, you’ll probably want to post your content on a weekday. Some people recommend posting early in the week, too, so that you have as many days before the weekend as possible when you have a captive audience.

The reasoning behind this distinction is that many people are digesting content at work, on lunch breaks, or when they are otherwise browsing the Internet during the workweek. While you can still definitely go viral on the weekend, there may be fewer people looking for content at any given time. Additionally, you’ll want to avoid posting on holidays (unless your content is relevant to the holiday).

Similar to the last point, you’ll want to be aware of what’s going on in the world when you post your content, and then see if you can naturally align it. Keep up with current events, trending topics, and even popular meme formats to pile your content onto the bandwagon if something relevant takes hold.

Finally, when you hit the “post” button, your job isn’t over! For one thing, you’ll want to keep monitoring the engagement and potentially interact with your audience if you start to gain traction. If your content is successful, you’ll also need media outlets to have a way to contact you to continue to fuel your success.

On the other hand, if your content isn’t successful, treat it as a case study and adjust for future content. Note any trends in engagement, what worked and what didn’t work, and any flukes that may have affected your content. Then, use that information to optimize your approach next time you have great content.

With these tips in mind, you’ll have the best shot at getting your content to go viral. May the odds be ever in your favor!