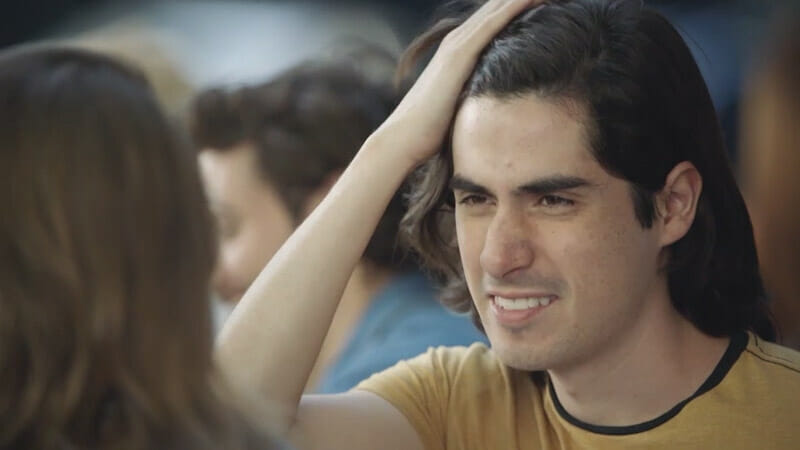 National TV campaigns are notorious for celebrity spokesmen. Whether it’s names like John Cusack, Samuel Jackson, or Jon Hamm lending their voices to a car or a bank brand, or Matthew McConaughey in all his glory waxing poetic in a Lincoln, the big companies shell out hundreds of thousands and then some to get the perfect celeb that will get people to stand up and take notice.

Nowadays, though, as video advertising has transitioned to digital, instead of always going for the biggest name possible to attract the widest margin of attention, both big and small companies alike have turned to social media influencers, with their digital followings of millions, to access new eyeballs and micro-target specific demographic segments. Where a big time celebrity might have moved the needle for a brand in years prior, all bets are off in this cord-cutting, digital driven marketing landscape of today.

Whether you are working with an influencer or an A-list celebrity to promote your brand, one guiding principle should lead your decision-making: what type of personality, and by extension, what type of audience, am I trying to attract? Sometimes, the best option is one you might not expect.

That’s why I was so taken aback by this new video ad from Supercuts this week, primarily because of the surprise spokesman, Michael Kelly, who is probably best known for playing the sociopath henchman and top White House aide to the President, Doug Stamper, in Netflix’s House of Cards. In a way, it seemed like an odd choice – Michael can be an intense and intimidating guy.

However, when I thought about it, he was perfect, especially for the ad’s theme: it’s about a jealous (and bald) guy who goes around insulting other, more full-headed people’s poor hair choices and blaming them for not taking better care of their precious hair. It’s genius, especially at the end with a bit I won’t spoil, other than to say it was probably more shocking to see Michael do than anything House of Cards asked of him.

Watch the video here, then let’s talk about a few takeaways you can use in your own hunt for the perfect spokesman!

That ending… I had way too big of a laugh for that moment. I think I’m going to watch it one more time…

Takeaway #1: Your spokesman or influencer doesn’t have to be a perfect fit.

If you had asked me literally twenty minutes before I wrote this article whether or not I thought Michael Kelly would ever be a spokesman for Supercuts, I would have had to say no. I would think someone more like Chris Pine or Chris Evans or Chris Hemsworth, you know, one of those Chris guys with the nice hair, would have been a better fit for a haircut company. I almost said Jason Momoa… but please Jason, never cut those luscious Aquaman locks… the beard was too much for the internet to handle!

Anyway, just because Michael wasn’t the ideal pick from an overall brand-fit perspective, doesn’t mean he couldn’t be a perfect fit for an individual campaign, especially this one which is clearly going for the viral views that come with the surprise and hilarity by playing against his “persona” as an actor. Think about how you can be similarly creative with who you pick for your own videos – don’t just go for who is the most obvious fit, but think outside the box for someone who you might not expect – and would bring some humor, surprise, and viral shares with them.

Takeaway #2: Celebrities and influencers just want to have fun.

While we may be just as jealous of the celebrity or influencer lifestyle as Michael’s Supercuts character probably is of Jason Momoa, the truth is, influencers and celebrities do what they do because it’s fun. The more fun a role or video shoot is for them, the more likely they will be down to do it. While I don’t know Michael or his agents personally, I can pretty much guarantee he took the gig because he was excited about the chance to play off his serious demeanor, and likely thought the script was dang funny, too.

Let’s say you’re trying to work with an influencer more than a big time actor, where they are more about curating their brand around their actual personality, as opposed to flexing their acting muscles. You can still offer them experiential opportunities to create videos with you that will get them pumped up at the chance and excited to work with you.

For example, if you have a cool piece of tech like a new electric scooter or hydrogen powered jet-ski, inviting an influencer to come out and ride it for your video will probably peak their interest. Your product doesn’t even have to be the main event – you can create a video to promote a tooth brush that’s all about riding zip lines in Mexico, and an influencer would still be down to come out and jump aboard.

Takeaway #3: In 2019, take every opportunity and don’t waste your talent.

What’s great about this Supercuts commercial is how it takes advantage of a specific time in pop culture, and uses it to its advantage. Even though the show is over, millions of people watched House of Cards and still know who Michael Kelly is. In this wonderful world of memes we live in today, you better believe the internet was ready to jump on any joke playing off of an established character in a streaming TV show, which made this the perfect opportunity to make this video and use Michael’s signature scowl the face of the disgruntled, envious, pro-positive hair care guy in this ad.

If you’re going to hire a top celebrity or influencer in 2019, make sure you similarly tap into that special something about them and let them do what they do best. Don’t just hire the biggest names you can and squeeze them into a limiting script or concept. Instead, build a concept around (and even with) them and their involvement. The more that you tap into something special, the more likely the larger audience will respond and share, like, and engage with your video. Plus, your brand will get kudos for giving the people what they didn’t know they wanted – like (spoiler alert) Doug Stamper relishing in a glorious head of silky brown hair.

Need to hire a video team before you hire a spokesman? Reach out!

At Lemonlight, we provide high quality, affordable video packages to tackle all sorts of goals, whether your company is trying to attract more viewers, engage more visitors, nurture more leads, or delight more customers. You might not be at the stage where you can hire a big time celebrity spokesman, and instead want to plan a few social videos around some influencer talent. We’d love to supply the camera, gear, and team to make it happen, so reach out and schedule an intro call right now to learn more!