OTT Media: The Current 2022 Landscape and Where We’re Headed

Did you know that there were 559 scripted series released in 2021? This is a huge lift after a decline in the number of original scripted series on cable, broadcast, and streaming services in 2020 due to the coronavirus pandemic. And get this—that number doesn’t include reality shows, daytime TV dramas or kids content. If it did, the total would be pushing over 1,000 original series of TV released in a single year.

That’s a lot of content—and it certainly puts this “golden era” of TV into perspective. But what does this mean for streaming giants like Netflix, HBO Max, and Hulu going forward? How are newer players like Peacock fitting into the picture? We’ll get you caught up to speed on both what the OTT media landscape looks like in 2022 as well as trends advertisers should be investing in right now to stay ahead of competition. 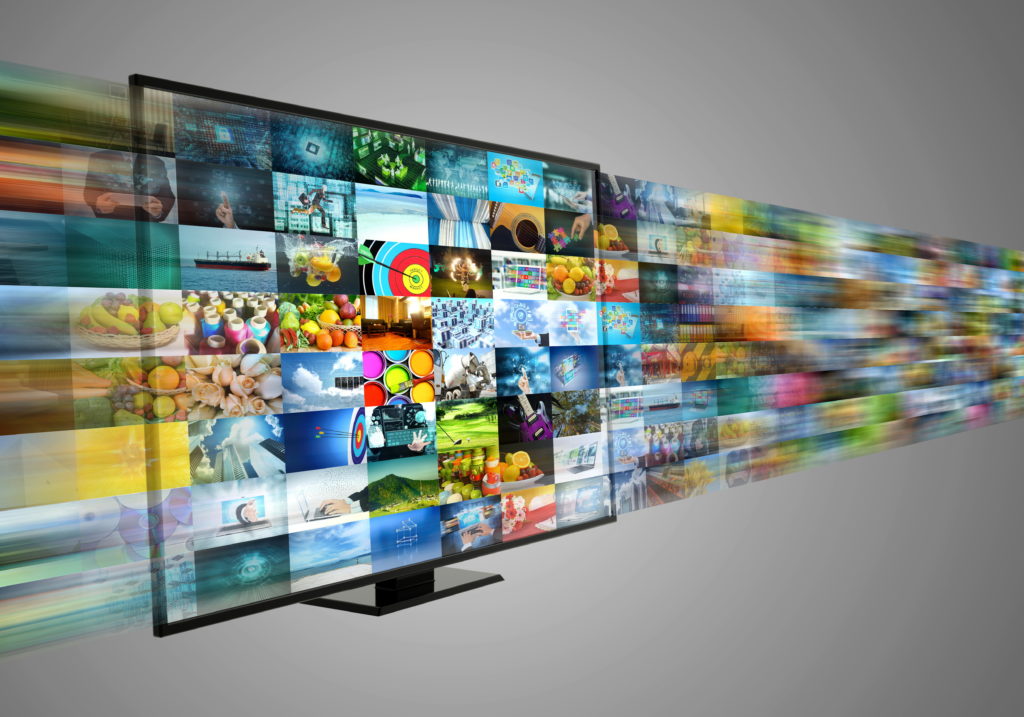 What is OTT Media?

OTT or “over-the-top” media is a term that refers to any form of streaming content that is delivered over the internet, without the need for traditional distribution channels like cable, broadcast, or satellite TV. Users can connect to OTT media via a web browser or an app on a separate device like a Roku, Xbox, or iPad.

The rise of OTT media has played a major role in the growing trend of cord-cutting, as more and more people are opting to cancel their cable subscriptions in favor of streaming content. For example, did you know that 75% of Americans have 2 or more OTT subscriptions? Netflix alone houses around 30% of that population, spread throughout hundreds of countries around the world.

Why is OTT Media So Popular?

For starters, OTT services are relatively easy to set up and use. All that’s required is an internet connection and app on an accompanying device. And the cost is still relatively low compared to traditional cable packages. Cable companies know this, too, which is why many are starting to make their own streaming services.

That said, two words are starting to appear top of mind when many consumers think about streaming today: overabundance and fatigue. There’s now too many streaming platforms to choose from with no clear indication that any one can fulfill all of an individual’s watching needs. Still, the freedom to watch shows whenever and wherever there’s internet is definitely still appealing, and the steady stream of new content keeps viewers engaged. 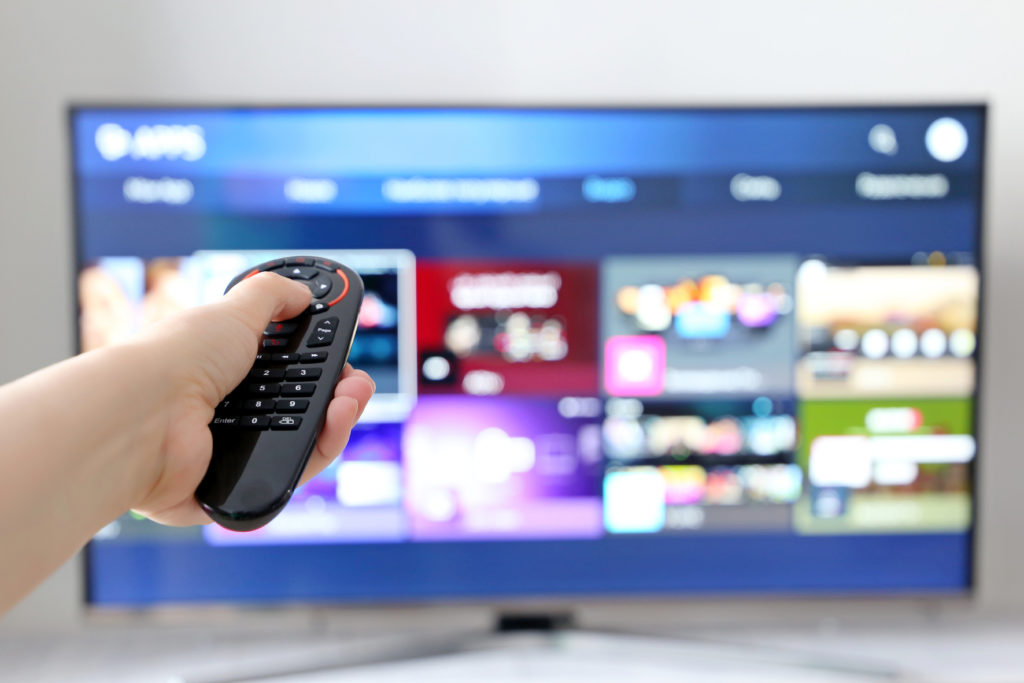 The Current OTT Media Landscape of 2022

The OTT space is bound to keep growing as access to entertainment continues to get easier. Viewers today are content with streaming, thus they also understand that there’s more in store for them. Let’s take a closer look at some of the leading OTT players as we enter the latter half of 2022.

The entertainment industry has always had a few major players controlling most of the major content. The world of streaming isn’t much different—though it does feature a much faster-paced, rotating roster of industry leaders.

Netflix ($9.99 – $19.99 / month): The obvious front-runner in the streaming wars, Netflix also has the biggest target on its back with over 220.67 million subscribers globally. Spending tens of billions on content every year to build out their library, Netflix is now one of the biggest producers of original content, though to mixed critical success. Netflix shares are down nearly 65% for the year—a slump that’s wiped out roughly $70 billion of the streamer’s market cap. However, no other competitor has yet to replicate the company’s output or subscriber growth. In fact, other streaming stocks also saw a decline in value following Netflix’s disappointing performance, highlighting the immense impact that the world’s largest streaming service has on the overall industry.

HBO Max ($9.99 – $14.99 / month): HBO Max has quickly become the second largest streaming service out there with over 46 million monthly subscribers in the U.S. What sets it apart from the other streaming platforms is its unique content offering. HBO Max has exclusive rights to some of the most popular catalogues on television, including Game of Thrones. In addition to these highly-anticipated shows, HBO Max also offers a wide variety of movies, documentaries, and kids’ shows.

Amazon Prime Video ($8.99 – $14.99 / month): Amazon is one of the biggest names period, and their streaming platform reflects both their foresight and willingness to change. Plus, because Amazon Prime Video is tied to Amazon Prime, Amazon technically has the largest subscriber base of over 200 million, though not all are technically Prime Video viewers.  The ability to both stream and buy content online through Amazon , as well as add other channels like HBO or Showtime for an additional monthly fee, make Amazon Prime Video one of the most dynamic OTT platforms on the market.

Hulu ($6.99 – $69.99 / month): Hulu is continuing to grow with 43.8 million paid subscribers and new releases being announced regularly. The OTT platform offers on-demand movies and shows, premier original series, and live TV channels, and excels in every aspect. The price of the higher tier package might sound steep, but that’s because in addition to their original programming and day-after releases of content from network TV shows, they also offer live TV and sports packages for cord-cutters looking to add a traditional approach to their OTT media.

Disney+ ($7.99 – $72.99 / month): Disney+ is one of the newest names in the streaming wars, yet it is one of the biggest players with over 87 million subscribers worldwide. This is largely due to Disney now owning other media giants like Marvel, ESPN, and even OTT competitor Hulu. This media monopoly gives the company such an edge in controlling a wide range of content that people are interested in. For example, people who are interested in Marvel movies may be more likely to subscribe to Disney+ because it is the only place where they can watch all of them at any time. While Disney+ on its own might not be the Netflix killer many have predicted it would be, the combined Hulu / Disney cable bundle might really shake things up for the other OTT live TV services on this list. 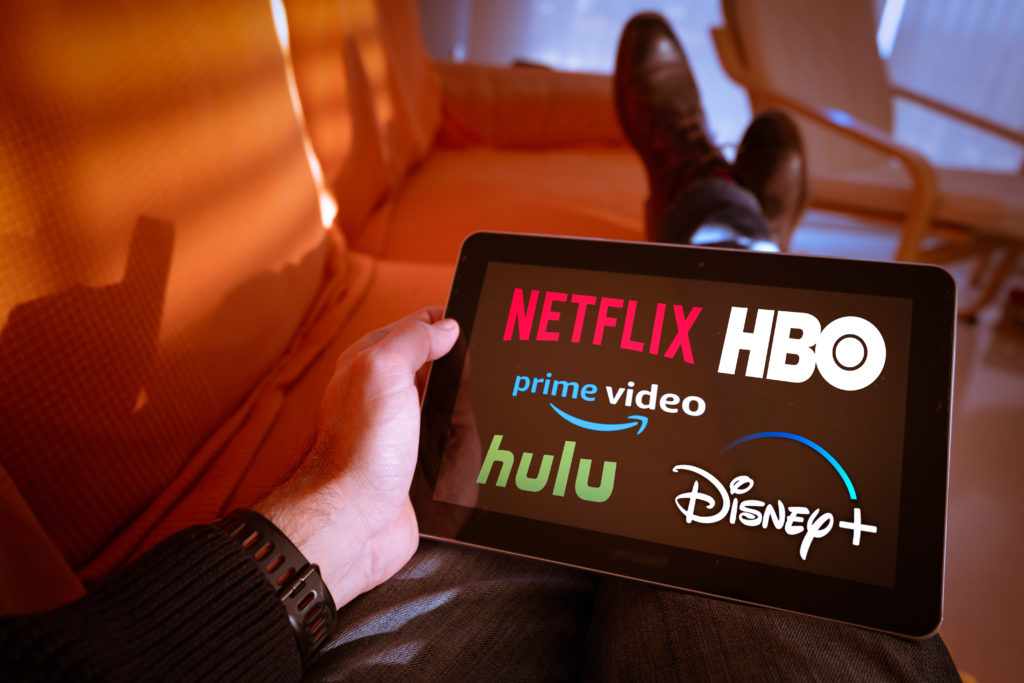 Fighting It Out for Sixth Place

There is no clear cut answer as to who the sixth top player will be in the OTT streaming wars because the market is constantly fluctuating with new services popping up and old ones shutting down. The hyper-competitive nature of streaming today means that many companies won’t make it through the noise, but here are some of the top contenders so far (as of July 2022):

Apple TV+ ($4.99 / Month): Owned by tech giant Apple, this OTT platform has a lot of leverage due to the company’s reputation. Although Apple is not best known for content production, the Apple TV+ subscriber base continuous to increase, now exceeding over 40 million. The platform is very user-friendly and offers a variety of features that other OTT platforms do not. For example, AppleTV+ allows users to download shows and movies for offline viewing. This is a major selling point for many consumers who are looking for a convenient and affordable way to watch their favorite shows.

Paramount+ ($9.99 – $14.99 / month): Paramount+ is one of the fastest growing OTT platforms out there with over 9 million monthly subscribers. The service offers everything from Paramount (formerly CBS and Viacom) including new and classic movies and its own rich slate of Paramount Plus originals. It’s a great way to get all your favorite shows in one place. Plus, with the recent addition of Showtime, there’s even more to watch as part of their premium offerings. Whether you’re a fan of comedy, drama, or reality TV, Paramount+ has something for you.

Youtube TV ($49.99 / month): Youtube TV is arguably the closest you’ll get to the feel of traditional cable without all of the hidden fees. With over 4 million monthly subscribers, the platform has some ground to make up if it wants to compete with the bigger names in streaming, but given that YouTube is the second largest search engine in the world—there’s an added level of trust and reputation that gives this platform an edge over other younger OTT services.

Peacock ($4.99 – $9.99 / Month): Peacock is the subscription streaming home for NBCUniversal, meaning it’s the only place to stream hit series like “The Office,” as well as other classic series from over the years. As of eighteen months after its national launch, Peacock has a bit over nine million paid monthly subscribers, with another 7 million people having access to its premium tier through cable or wireless bundles at no additional cost. This means that approximately 16 million homes have access to the full range of Peacock‘s original and library content.

OTT media services have grown rapidly over the last six years, and with billions being invested as we speak, they show no sign of stopping anytime soon. While the US is considered a “mature market” for streaming, the largest gains will be in global expansion as streaming services continue to fight for the attention of content consumers around the world.

As for the US and similarly mature markets, consolidating and packaging traditional live TV, internet, and streaming services into bundles is going to be the way companies stay competitive and grow their audiences (and revenue) without losing customers to market saturation.

Plus, not every OTT content provider is offering the same service. Some, like Hulu and HBO Max, want their service to be your hub for reaching other shows. Others provide hyper-specialized niche content experiences that you can’t get anywhere else.

The consolidation is coming, however. Whether this means TV networks fold into streaming services or vice versa remains to be seen. But with over 300 OTT providers in the market (that’s right—we barely scratched the surface of what’s available), something has to change.

Monetization of these services is going to play a big role going forward. Entertainment is an expensive industry, especially if you want to compete with the big players in terms of star power, quality, and the scaling up of content libraries. While subscription fees are the most common way services pay for themselves, advertising on OTT media platforms will rise in popularity, as will midstream transactions and co-branded merchandise launches.

Ultimately, the future of the OTT media landscape will come down to innovation, creativity, and adaptation. There’s a lot of change still to come, but only one thing is certain—there’s no turning back now.

Isaiah is the Senior Content Strategist at Lemonlight. He's been in the content marketing industry since 2014, starting as a freelance writer and eventually moving up the ranks to his current role. He’s a film junky, design enthusiast, and bleeds purple and gold—go Lakers!