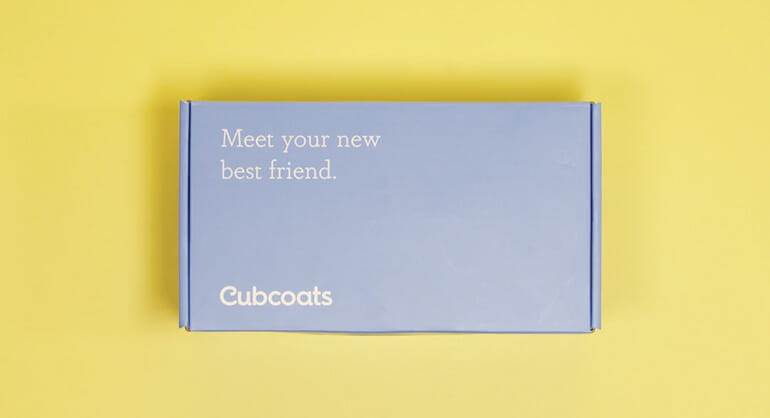 Everything You Need to Know About Stop Motion

Stop Motion is a style of animation popularized by films like Fantastic Mr. Fox, The Nightmare Before Christmas, those other Christmas classics, and the Wallace and Gromit series. It’s based on a technique that takes still photos, usually of inanimate objects or models, and makes them come to life by playing them together at super speed.

For example, in the films mentioned above, scenes of the characters in action are created frame by frame, as artists move the models centimeter by centimeter for each shot to simulate movement, speaking lines of dialogue, and finite facial expressions.

While these feature-length films can be tedious and costly to produce, simple stop motion graphics and videos can actually be pretty simple to create and execute as a part of your own video marketing strategy.

We’ll review more about stop motion, how it works, and the best ways to use it creatively for promoting your business below alongside some best in class examples.

As mentioned above, stop motion is the process of making inanimate objects come to life by moving a static model or item in small increments, one frame, or still photograph, at a time. Video and film, as it happens, are technically just a series of photographs played together at high speed to create the illusion of movement, and stop motion is no different. The earliest black and white filmmakers even used stop motion technology to bring toys and pretend creatures to life, with the earliest recorded iteration credited to the film Humpty Dumpty Circus from 1897. That’s right. The year eighteen ninety seven!

The speed and fluidity of a stop motion animation depends on how many frames you take, and how small of movements you track in each frame. For example, you can create a simple stop motion animation by moving an object with only a few frames, which will simulate movement, but that movement will be blocky and awkward. If you instead take twice as many frames and have your object move half as far each frame as you did the last time, you’ll find that the animation should now be much smoother.

In order to get the frame rate to match that of a normal feature film, you would aim to take 24 frames per one second of screen time. However, for simple marketing videos you would put on social media, you can stick with about 15 frames per one second of screen time to create a smooth-enough look.  Plus, that jerky animated look can sometimes make stop motion movies a little more fun to watch.

When should you use stop motion animation for your marketing?

Because of the rise of CGI animated filmmaking over the last two decades, stop motion has definitely taken a backseat, with the exception of indie darlings like the aforementioned Fantastic Mr. Fox, Coraline, and the other great films from Laika Studios. Commercials and short films still make great use of stop motion, as the shorter time frames make producing stop motion content more manageable and cost-effective.

While the pros use everything from clay figures and miniature models all the way to puppets and even the occasional animatronics, your own stop motion needs will usually be more simple. One of the more useful and versatile forms of stop motion you might use in your own marketing videos is to create a stop motion animation of your product.

This stop motion video could show your product in use like a product video, coming out of the box in an unboxing style video, or dancing around a colorful backdrop to promote a sale or new variation as part of a social promo video.

Here are a few examples incorporating all of those tactics, along with a few more different types of stop motion videos out there.

Here’s an example of one we created for our client Cubcoats:

As you can see, creating a stop motion video was the perfect format for Cubcoats’ adorable 2-in-1 stuffed animals that turn into soft hoodies. Using a simple colored background to highlight the product, we brought “Pimm the Puppy” to life through a series of captioned steps showing how easy it is to transform a Cubcoat from hound to hoodie.

Plus, we borrowed from the unboxing video format to show Pimm pop out of the box. Using stop motion, you can “unbox” your own products and show their basic functionality in a similar way that’s super digestible and hard to skip, even in a busy newsfeed. That’s because our curiosity is prone to get the better of us, and if we see something come out of a box, we have to know more.

Light and easy to watch, viewers would be hard-pressed to skip something so simple yet instantly captivating, making this an effective tool for engaging with social followers to remind them about any promotional sales or upcoming product launches and attracting first time viewers with a little advertising budget to boost a cute post.

Here is a bit more of an involved-stop motion production, using real people as the subjects this time:

What’s cool about this is how they use simple, arts and crafts style decor to create their sets and backdrops, which they then shoot real actors against. So how do they get the characters to seem like they are falling or flying?

They are actually shooting from above their subjects, while their “backdrop” is actually on the floor, which is why the actors can go sideways and seemingly fly while the background zooms past them, or tumble to the ground when they get punched.

This is a clever stop motion technique with a more home-grown feel to it. Because it uses a simple production design involving construction paper cut-outs of houses and trees and clouds made out of cotton balls, it gives the whole commercial a thrifty, creative, almost child-like feel.

If that style of video works for your brand, this could be a good type of stop motion video to recreate, though it does take time to create and move the backdrops around your actors to simulate moving through space, so be prepared for it to take some time.

Now we’re getting into the complicated stuff. This probably isn’t a style of stop motion you’ll be recreating anytime soon for your own company, but one worth reviewing to show what can be done:

In this stop motion commercial for Brother’s A3 printer product, you’ll notice that once again a real actor is being used in a stop motion context. Only in this video, this actor is shot in a set that’s meant to look like an actual office instead of a more make-believe type of world. Only instead of a normal video, the actor is shot moving through the space and printing a paper in stop motion style, indicated by the actor’s blocky, jagged movements.

Then, as he places his newly printed paper on the wall, a whole world of stop motion paper begins to unfold around him, completely transforming the office set until the whole back wall becomes a new office with a stop motion elevator that travels down the wall into the ground before becoming a beautiful sunset tableau of a city.

This type of stop motion video probably incorporates some visual effects as well, which makes the production value higher as well as the cost. But what a creative concept! In a commercial format, using stop motion can help you stand out from the crowd, but because it’s such a specific choice, you want to make sure that it fits thematically with your key message.

For example, this advertisement is all about possibilities, and how small changes can make big differences for companies with big goals and aspirations. A perfect, quirky way to let a key aspect of their product, paper, represent an idea bigger than itself.

Looking for a partner to help?

Stop motion can be great for social content videos, and if you’re planning on setting up a stop motion set, you’ll want to get your money’s worth by creating a handful of short, 15 second social spots with it.

However, even a small stop motion video can feel like a big undertaking if it’s your first time, but we can help. Reach out and schedule a call to find out how one of our video packages might fit exactly what you’re trying to do to promote your brand on social media with a handful of high quality stop motion videos!

home chevron_right Everything You Need to Know About Stop Motion