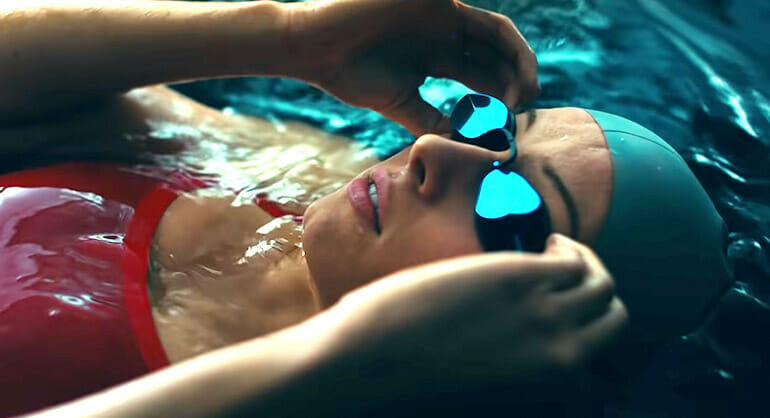 8 Most Engaging Commercials of 2021

While it may feel like 2021 is just getting started, we’re a few months into the year, and there are already several great commercials to talk about.

We’ll go into more detail below, but here are our eight picks for the most engaging commercial of 2021 (in no particular order):

Starting off strong with a Super Bowl favorite, this ad played on the fan-favorite “Jake from State Farm” ad that the company has remixed time and time again over the last few years.

This version, done by The Marketing Arm, features stars including Drake, Paul Rudd, Aaron Rodgers, and Patrick Mahomes. Each actor has a stand-in, and the double for Jake from State Farm is, of course, Drake from State Farm.

Sometimes commercials that are packed with celebrities feel forced or overdone, but this one walks that line well. According to iSpot.tv, sentiment for the ad is 95.4% positive with audiences.

Toyota’s Super Bowl spot was a touching tribute to Paralympian Jessica Long, a 13-time gold medalist swimmer, and her mother. It’s a story of hope, strength, determination, and love between a mother and her daughter.

The visual choices for this spot (from Saatchi & Saatchi) were particularly interesting. As Jessica swims through key moments in her life, the various sets for those moments float in the water beside her. Overall, this concept was a win for Toyota, and iSpot.tv has a 98.1% positive sentiment for the ad.

Rocket Mortgage doubled down on its Super Bowl concept this year, sharing two ads during the game in addition to its four non-Super-Bowl variations. The message is simple: Why be “pretty sure” when you can be certain?

The ad is essentially a cautionary tale showing what can happen when you’re “pretty sure” in situations when certainty is especially important. Rocket Mortgage ties itself to that certainty, being the provider that can offer complete confidence to buyers. Highdive Advertising is behind this spot, which iSpot.tv gives a 95.8% positive sentiment score.

Wrapping up the Super Bowl ads on the list, whether you loved it or hated it, Oatly’s ad was certainly engaging. In the ad, which was deliberately made to feel low-effort, Oatly’s own CEO sings a jingle that touts Oatly as the “milk made for humans.” The final line of the ad? “Wow, wow, no cow.”

Oatly definitely took a risk by going this route, and whether it paid off depends partly on your view of whether all publicity is good publicity. iSpot.tv’s sentiment score for this ad is 52.6% positive, a sharp drop compared to the other Super Bowl spots on the list. But, the ad did generate a lot of buzz, and everyone was talking about it in the wake of the game.

Plus, Oatly was one step ahead of audiences in predicting that the response to the low production value ad would be mixed. It had t-shirts at the ready with text that read “I totally hated that Oatly commercial.”

A win for Oatly? Up to you to decide.

This Grubhub ad is another polarizing spot. It’s less about any particular messaging and more about grabbing attention, with eye-catching colors and dancing, a catchy song choice, and an overall dynamic visual experience. Viewers are divided on whether this is a good thing or a bad thing. Some feel that it’s over-the-top in a bad way, while others enjoy the kitschy feel.

On Twitter, viewers have turned the ad into something of a cultural experience, and they reference it just by saying “the Grubhub ad.” While many of these tweets are poking fun at the over-the-top nature of the ad, others call the spot a “masterpiece.” Twitter user @jacksfilms even included it on a list of fake nominations for “Best Picture” at the Academy Awards.

Overall, the negativity seems to be winning out on this one, with iSpot.tv’s sentiment score at a lowly 21.6% positive overall. Like it or not, the ad is the definition of engaging and has earned its spot on this list.

This Allstate spot takes place on the race track. While one driver takes off as soon as the race starts and takes an early lead, the second driver takes a slower approach. Why? She has Allstate, where she’s rewarded for safe driving. The takeaway for viewers is simple: You’re always a winner with Allstate.

Viewers seem to like this pleasant concept, earning the ad a 75.7% positive sentiment score on iSpot.tv.

Kohl’s leads viewers to celebrate the beginning of spring with this cute commercial.

In it, a girl is playing with chalk on her front porch when she decides to make a hopscotch board on the sidewalk. As she watches from her doorstep, passersby take part in the game—including the mailman. It’s a fun tribute to warm weather and time spent connecting with others outside.

iSpot.tv’s sentiment score for this one is 87.2% positive, which makes sense with its feel-good message.

It’s no surprise that Apple continues to topple lists for their phenomenal commercials. Apple’s latest spot plays out a scenario that many of us know all too well: dropping your phone and struggling to catch it on the way down. The ad takes this concept to the extreme, with a woman bouncing her phone off of various body parts in slow-motion dozens of times before it ultimately—and tragically—hits the ground.

Apple comes in with the save—the iPhone 12 has a ceramic shield that’s “tougher than any smartphone glass,” making the drop no big deal. This ad doesn’t have a sentiment score yet, but in just a few days on Apple’s YouTube channel, the ad has almost two million views.

home chevron_right 8 Most Engaging Commercials of 2021