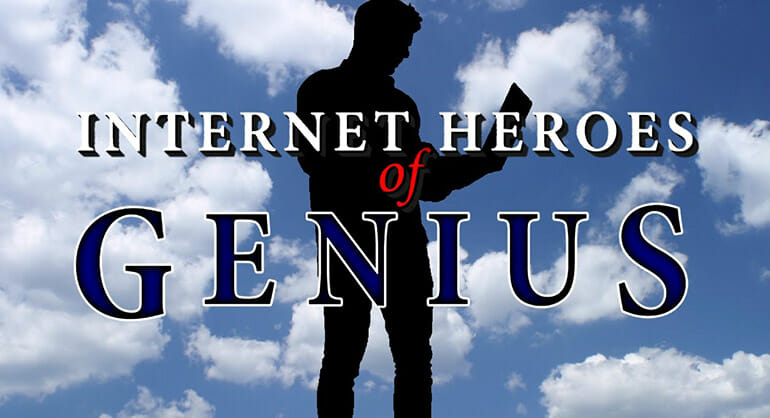 Behold the Power of a Simple Premise From Bud Light

When it comes to getting inspiration from the competition, It’s easy to get swept away by sweeping aerial shots, beautiful locations, and majestic cinematography and editing that makes you think your marketing videos all need to be high budget masterpieces to stay in the game.

However, all you really need for a viral marketing video or memorable video ad is a powerful premise. The premise is the concept or idea behind your video. It’s the glue that binds the spine of your story, and all the truly great, much loved, and often-imitated video marketing campaigns have a unique one.

Think about all the best commercials you remember. There’s usually an entertaining character, funny running joke, or cool movie magic trickery that makes that video unique. That is the premise that got the suits at the big agencies to say “let’s pitch it!” and the client to say “we love it!” and the crew to say “we’re on board!” …Just kidding about that last one… it’s the money that gets the crew on board.

Having a great premise doesn’t mean it needs to reinvent the wheel or be outstandingly brilliant, though that never hurts. Having a simple premise can be a great way to stand out in a crowded field while also saving on costs.

Even the big brands do it – take the latest video series from major beer manufacturer Bud Light for example. Technically a recreation of the company’s older radio ad campaign from 2007 called “Real Men of Genius” from copywriters Bob Winter and Bill Cimino, their new series, now called “Internet Heroes of Genius” maintains a painfully simple premise:

A bombastic narrator gives a tribute to the unsung “Internet Heroes of Genius”, honoring their strange and unusual pastimes, while a singer provides backing vocals as a kind of hype man to underline the jokes and make the whole silly concept that much sillier. It’s great.

The video itself features a simple backdrop, a sky full of clouds, while a man in silhouette stands in front of it, boldly holding his laptop while probably working some remote job (who can relate). Because the ad campaign is meant to be aired exclusively on digital, including streaming services like Pandora and Spotify, the creativity is mostly in the writing and sing-songy voice acting, with the video meant to support the joke for those watching on video platforms.

And, because of the intention to pursue digital distribution, the jokes primarily revolve around “honoring” digital nomads and work-from-home warriors with jobs like social media manager or “unpaid encyclopedia editor.”

Finally, the series stays “on brand” by ending each video with a toast – a Bud Light bottle raised to salute the internet heroes, and also plug the beer in a “light” way.

Watch a couple of the videos from the series below, and we’ll dig into a few takeaways you can apply for when you’re creating your own video premises:

Talk about the real internet heroes of genius – whoever wrote all these quippy videos!

Here’s some of our takeaway thoughts:

As a writer myself, it’s easy to be biased on this one and give credit where credit is due. These spots work because of the clever writing, and it makes it so you don’t have to invest heavily in high production values to make something people will want to watch or listen to again.

As an added bonus, because the words and the voice talent are the key elements here, you can promote these spots both as video and audio ads. Think about how you can come up with similar premises that work both as a one minute video or thirty second audio track so you can capitalize on potential customers who might be watching and listening.

2. By saving money on budget, you can make more content.

The saying “go big or go home” needs to go home. Nowadays, it’s much better to create a steady stream of content than one, flashy, expensive one video. Because of Bud Light’s simple premise, they were able to crank out as many of these videos as they could dream up (or write jokes for), and weren’t limited by budget constraints.

Think about what types of video premises you can come up with that utilizes things that you already own. For example, if you have a company office or manufacturing plant, what types of videos could you create on location in your own workplace, without needing to hire a massive crew or pay thousands to lock down a busy street?

3. Focus your creative on your target audience.

While we don’t necessarily know for sure what Bud Light’s intent of focusing on digital-only distribution platforms for this series were, one could warrant a guess that they wanted to attract a newer, fresher audience to their signature beer. An audience that might have abandoned their products in favor of hipper, hoppier, and like, a little more independently brewed brand of beer, man. Tech-savvy millennials, perhaps?

No matter the reasoning, they made executive decisions at every level to target this demographic, both by bringing back an older, internet friendly series and by focusing the writing jokes around 21st century “jobs” that this audience likely knows, if not actually does themselves. Then, they chose to distribute the ads on platforms where this audience could actually be reached.

When you’re coming up with your next marketing series, video or otherwise, do so with the intention of hyper-focusing on the target demographic you want to reach. Know who you are speaking to, and know how to speak to them – without condescending or insulting them…. Unless it’s really funny.

Speaking of, let’s end this piece with what’s arguably the best joke of the entire video series:

“Shakespeare, Tolstoy, Hemmingway… of history’s greatest writers, only you have mastered the brand voice of a Twitter account for almond milk…” And then, sung for maximum comedic impact: “Sassy, but not too mean!”

One last thing – need a hand with that video series?

Reach out and schedule a call today, and we can hook you up with a video package that can jump-start the next phase of your video marketing strategy today!