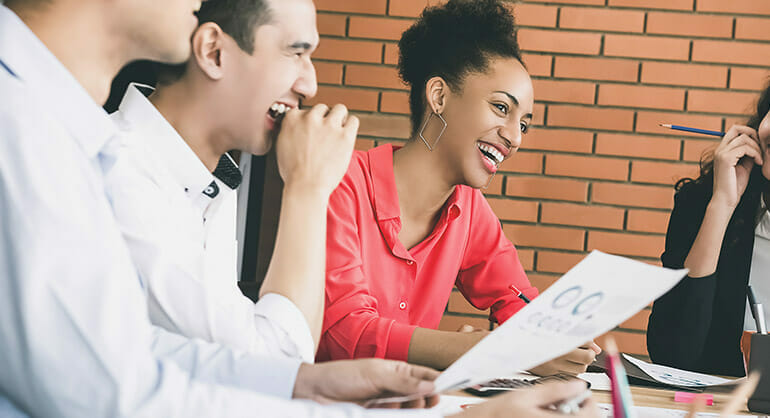 12 of the Best Corporate April Fools’ Videos Ever Made

One of our favorite holiday is right around the corner. No, put your easter eggs away. We’re talking about April Fools’ Day!

Whether you hate it or love it, you gotta’ admit: pranks are amazing when they aren’t happening to you. And when stuffy corporate juggernauts launch their April Fools’ tricks, they gain press mentions, brand awareness, and tons of new fans – a strategy businesses of every size should emulate.

That’s why we’re reviewing some of our favorite corporate April Fools’ videos. Beyond giving us a laugh, these videos show the power of having some fun around the office.

After watching each video, make a mental note of what worked and what didn’t. Was it the plant? The payoff? Did the punchline land? Did the video’s quality improve the prank’s believability or take away from it? Incorporate your opinions into your own video marketing plans and use them to improve all your video content – prank or not!

If ever there was an example of restaurant commercial camera trickery making on-screen food look delicious, this is it. While the chocolate Whopper is very clearly not a thing (but somehow the nightmare burger was?!), this prank video perfectly emulates the iconic look and feel of typical burger commercials with one sweet twist: trading the glistening burger ingredients for gooey, melt-in-your-mouth ones. Because it manipulates our expectations so well, as a prank, we give this one a 10. Plus, let’s be real. If this did exist, we would all totally eat one.

This April Fools’ prank video from Esurance played perfectly in 2016 during the height of controversial election hysteria. What makes this video great, besides the sweet, soothing vocals of John Krasinski, is the multiple layers of jokes. First, it starts off like an actual commercial. Then it gets to the punchline, and immediately amps the silly with a series of mock interviews from “patriotic” Americans. The jokes build on one another, and even though they play the last one out, it doesn’t get old. A total comedic masterpiece.

The way this video begins, it’s hard to tell if it’s a parody or not. You’ve got a head of marketing sharing a laundry list of WestJet accomplishments before going into their latest invention: The WestJetter, a personal, virtual assistant like Siri or Alexa, but for WestJet. If you didn’t know any better, you’d almost think this was a real service. But then, the punchline: upload a selfie, and WestJet will find a “WestJetter” who looks just like you to go to your meetings, anniversaries, or own child’s birthday parties. This one gets bonus points for being just believable enough – until that wicked punchline.

Here’s another one from Netflix from last year:

While no one would ever believe that Netflix was actually “buying” Seth Rogen, this April Fools’ video shows another good example of Netflix poking fun at themselves while showcasing their star power. By bringing Seth Rogen into the fold, they’ve got one more top Hollywood celebrity under their spell – or in the case of this video, under their ultra-controlling, for-life contracts. This perfectly parodies how outsiders see Netflix and how Netflix sees themselves: something to be very, very worried about if you’re not on team Netflix.

6. Man Crates Brings the Mammoth Back as Meat

It’s always a good time when a prank video takes something real to the extreme. That’s exactly what this April Fools’ video from Man Crates did by taking an actual news story, old DNA being used to possibly bring the wooly mammoth back to life, and running with it. In the video, an Icelandic research company is taking the power to bring the mammoth back to life as an opportunity to turn it into meat… Like, for eating. Yeah, almost a little too real to be funny. This video works because it’s made to look like its from an entirely different company working together with the brand in question, which is a clever way to make a joke without taking on too much of the blame.

It’s great when two Virgin companies work together to come up with a really great idea. Well done to everyone at @VirginAustralia and @VirginActiveOz for introducing the world’s first in flight spin class. Will be touring Australia later this year and can’t wait to join one pic.twitter.com/cTIAxUuVZS

This prank video masterfully promoted two brands owned by Virgin Airlines, parodying itself with the launch of a new in-flight spin class as part of a collaboration between Virgin Australia and Virgin Active. If you didn’t know Virgin Active was a thing, you aren’t alone, but after watching this prank video, you’ll never forget. The best part is, in the near-future this will almost definitely be a thing. The tougher question is: should it be? Consider how you can use a silly video idea like an April Fools’ prank to cross-promote one of your lesser known brands.

The best part about this April Fools’ video from YouTube is they not only double doggy-downed on their central joke, they triple doggy-downed on it with layers and layers of jokes. Beginning with the ridiculousness of the central premise, combining 360 viewing with Snoop Dogg, the video explores every angle of the joke, combining interview clips of Snoop discussing wanting to do a 360 version of the Gin and Juice video with B-roll of him actually coding the software himself. Props for not only a well-developed idea here, but a commitment to see it through in so much great detail.

Talk about a joke being just ahead of its time! Ironically, this video came out in 2014, two years before Pokemon Go actually became a thing. In hindsight, this idea doesn’t look so crazy. Does that make it a better prank, or an actual product? Either way, the production quality of this video is fantastic. They really committed to the joke, and the footage from all over the world came out amazing. If you’re going to go for a joke, might as well go all the way!

How about one more from Google?

From the very start, this prank video feels like it could be a real commercial. An astute eye might notice some fairly well known comedic actors doubling as Google techs, but otherwise, the video is shot and scored exactly like an inspirational product announcement video. The twist? Drones are hard, so Google’s launching parachutes instead. There’s plenty of great visual gags, like a lumberjack catching an ax from mid-air, or a dad opening his package and finding a birthday cake for his little ones with candles pre-lit, but the best is the punchline at the end, which we won’t spoil for you.

Nothing rings more true than a company that can make fun of itself. The joke in this prank video from Google (last one, we swear!) is entirely on Google, which makes it so good. In a hilarious parody, Google launches a new follow-up product to the defunct Google Glass project: Google Cardboard Plastic. If the name alone doesn’t get you, watch how they build up the anticipation to the reveal of a product that is literally just plastic on your face – a legitimate criticism of Google Glass and other AR and VR projects that make all this noise attempting to simulate reality when you can just, you know, go outside. The best part are all the “features” that come with “reality,” like 20/20 vision and 360 degree audio. A pitch perfect self-parody. Google wins the internet for this one.