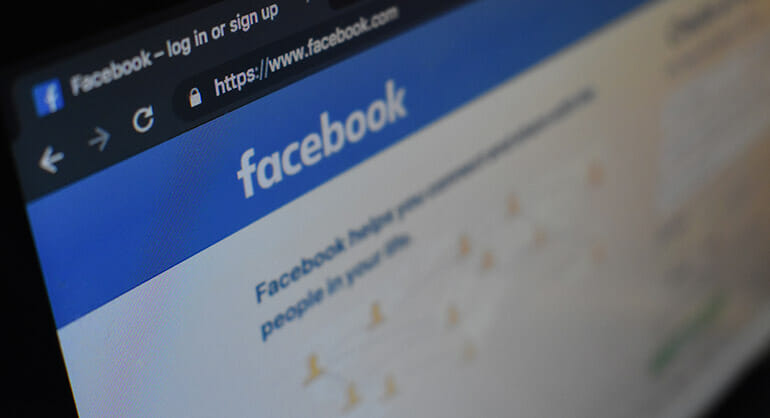 It seems like every few years, the exact same news story rolls around on all our tablets:

Despite the gloomy perspective these articles take, sudden changes in social media and search engine algorithms are often to address important issues and stem inappropriate behavior…or at least to give the appearance that that’s what’s happening. But regardless of the authenticity of the motivation behind these various changes, the basic nature of “the algorithm” itself still remains a mystery for most internet users—despite the immeasurable impact that algorithms have on almost every aspect of their digital lives.

In order to take advantage of this strange, ever-changing feature as a video content marketer, you first need to understand algorithms inside and out. Together, let’s examine web algorithms in more detail: what they are, how they work, where they came from, and where they’re going next.

What is an algorithm?

In layman’s terms, algorithms are how websites (like social media platforms and search engines) decide what content to present you with. Whenever we use the term “algorithm” in this piece, we mean any set of instructions used to retrieve information that has been stored inside of a data structure.

For instance, when you Google “chimpanzee,” an algorithm encapsulates the behind-the-scenes steps that are taken to ultimately decide that this particular picture of a chimp is most likely closest to what you are searching for, and then the next picture, and the next, and so on. If the steps making up that process are altered, which is what happens when we hear about an “algorithm update,” so will the order and make-up of the results that are prioritized.

This same basic process explains the algorithms that go into delivering Google search results, deciding the order of content on your Instagram feed, and serving the “recommended” videos you get sucked into watching on YouTube for hours on end.

Where did algorithms originate?

A brief history lesson will be our first step to grasping the role that algorithms play in the modern world. To begin with, in 1991, Tim Berners-Lee launched the world’s very first website from a laboratory in the Swiss Alps. An exact copy of its 1992 format can still be found here, revealing the barebones layout that defined these early Wild West days of the World Wide Web.

As the internet rapidly expanded and the net grew crowded with websites, it became clear that Berners-Lee’s invention would benefit from structure and accessibility. Search engines quickly evolved to fill this need, and multiple companies experimented (and competed) with different methods for tracking and sorting internet content. JumpStation, which went live in 1993, was arguably the first of these early search engines that behaved like and appeared to users in a recognizably similar way as modern search engines do.

Search engine optimization (SEO) initially developed as an economically-mined pursuit dedicated to mastering or–as was often the case–swindling these early algorithms. Through the abundant use of spammy backlinks and keyword stuffing, malicious “black hat” SEO practices benefited websites at the cost of those trying to perform accurate, efficient searches. But then Yahoo.com came along in 1994, Google in 1997, and the race to control online information was effectively won within just a few short years of its getting started.

That’s because both these websites–and Google in particular–finally found ways to sort websites based on their quality, sidestepping black hat techniques. Some of their methods included ranking pages using their number of inbound links or collaborating on a “nofollow” attribute to cut down on link and comment spamming. They have also actively attempted to reduce advertisements and content farms; organizations where low-quality, keyword-heavy content was churned out just to maximize SEO.

All of these pursuits helped fuel the rise of an open, democratic internet. You might say that part of the reason that these sites emerged as search engine giants is their continued dedication to improving their algorithms.

How are algorithms built and updated?

Social media platforms like Facebook struggle with a different set of challenges regarding algorithms than search engines do. While search engines are focussed on providing whatever the user wants to find (remember that chimpanzee?), social media platforms have to set a more conscious agenda. That’s why, over the past three years, Facebook founder Mark Zuckerberg has announced several significant changes to his platform’s algorithm with the intention of prioritizing content from friends and family over publishers and companies.

While this change was partially a response to the admitted infiltration of their platform by foreign powers throughout the 2016 election—and an attempt to rehabilitate Facebook’s image with a show of goodwill—it was ultimately businesses and brands that experienced most of the blowback. One study showed that some companies’ pages suffered as much as a 50% drop in engagement following the first algorithmic change, as users were directed away from their content. But don’t despair; though that all might sound like bad news, every algorithmic change also creates new opportunities.

In fact, luckily for video content marketers, many of these algorithmic changes directly benefit video content – depending on what that content is. While video as a whole tends to help with SEO optimization, as a part of their new algorithm, Facebook has started more heavily ranking “sticky” video content – content that users return to again and again for multiple viewings. The more people watch, the more it appears in their searches. Think about what types of content your brand might create that will encourage repeat viewing, and when you can post it to take advantage of viewer habits.

Similarly, to reduce clickbait and “sharing schemes,” Facebook is de-prioritizing pages that only share content instead of creating it. That puts a premium on brands interested in consistently creating video content, so consider investing in a long-term content-making package to keep your business Pages ranked as highly as they deserve to be.

Another serious algorithmic change that has been making waves in recent years relates to the advent of mobile. Google has begun to use mobile-first indexing, to reflect the fact that more people are using their platform on mobile than desktop – a trend that shows no sign of stopping across multiple major search engines and social networks. If your video content is not optimized for mobile use, then your brand runs a serious risk of being deprioritized and experiencing a steep drop in rankings as a result.

How will algorithms continue to change?

As the world’s largest tech platforms continue to expand and horizontally/vertically integrate, understanding their algorithms will only become more important. Accordingly, as a video content marketer, it will be imperative that you maintain a strong brand presence across multiple channels—especially as those channels are folded into larger platforms and experience (or incite) further algorithmic changes.

Staying up-to-date may seem impossible; even today, Google still routinely makes between 500-600 tweaks to their algorithm every year. That’s why it is important to create as much relevant, high-quality video content as possible—to make sure that your brand benefits from these algorithm updates. Only by diversifying and optimizing your video marketing content can you ever hope to make the algorithm work for you and keep your brand ranked as highly as it deserves to be.