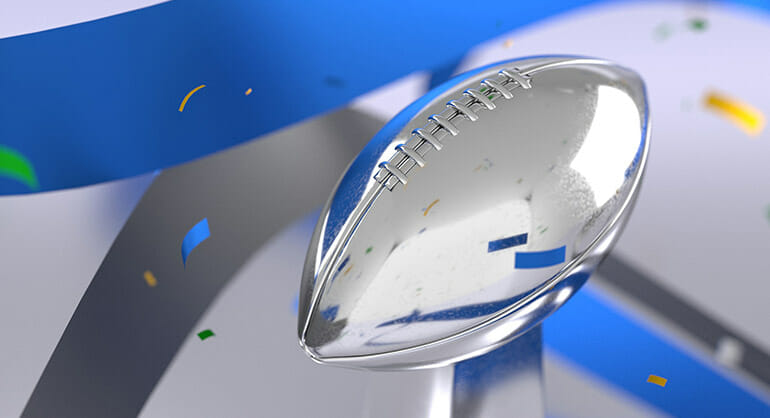 Whether you watch for the football, the ads, the halftime show, or as an excuse to eat appetizers and drink beer, the Super Bowl is a staple of American television. It’s already been decided that the Kansas City Chiefs won the game, but which brand dominated the commercials?

At Lemonlight, we make video content for brands every day, so the commercials were the focus of the game for many of us. To that end, this year we decided to poll some of our employees to find out which Super Bowl commercial was their favorite and why.

Check out their answers below for insight into which video we thought was most effective, which one was just funny enough to be super memorable, and which one warmed our hearts—and won the most “Best Commercial” votes from our team.

Our first pick is the Pringles commercial, which featured the characters of animated comedy show Rick and Morty getting “stuck in a Pringles ad” against their wills. One of our Sales Development Representatives, Morgan, liked this commercial best because it was funny and represented multiple different lines of the product. She also liked that it appealed to Rick and Morty’s large fan base, which helped with grabbing the audience’s attention.

Our next take on the best commercial of the Super Bowl comes from Steve, our Director of Sales. He had this to say about the Squarespace commercial featuring Winona Ryder: “I’m a big movie guy, and Fargo is one of my favorite movies. I like the parody—I’ll remember Squarespace because of the movie parody.”

Walmart also earned a spot on our list. It was the favorite commercial of Executive Producer Vince, who loved the many cameos they packed into the ad in support of “out-of-this-world convenience.” It stood out to him because of the mashup of famous movie characters, from Buzz Lightyear to the Mars Attacks! Martians.

Sydney, our Manager of Strategic Partnerships, picked the Avocados from Mexico commercial as her favorite this year. She enjoyed the fun spin on standard infomercials and loved the parody on the avocado carrier and floaty. Her description of the ad’s takeaway? “Memorable and silly!”

Another commercial also won a spot on our list for being memorable and silly. David, Content Strategist here at Lemonlight, loved the Doritos commercial featuring Lil Nas X and Sam Elliott. He touched on a moment I’m sure everyone noticed—the “insane” mustache dance move. The comments on YouTube agree, with many viewers stating that the western dance-off was over as soon as the mustache roll happened.

For a change of pace from the commercials that focused on humor, our Sales Development Representative Clovis loved this Weathertech commercial featuring the golden retriever. She liked it because it was “heartfelt, had great videography, and was informational to the potential customer.”

Finally, the Google spot. This was the clear winner of Super Bowl LIV according to our team here at Lemonlight. Four people out of our ten contributors picked it as their favorite of the game. Their reasons were all slightly different, but they all rallied around the fact that the ad was heartwarming and managed to pack a lot of emotion into a 90-second spot.

Our Production Designer, Travis, described it as “a nice change of pace from the standard ridiculousness and one of the few commercials that made me believe in the product a little bit more.”

Chloe, our Content Coordinator, had similar thoughts: “Rather than using comedy or celebrities to engage viewers, as so many brands do, Google touched on emotion using a sentimental story of love between two people to grab our attention. It made me cry, and if a 90-second TV ad can do that, then it was definitely effective (and memorable) to the millions who watched it!”

Melanie, Lemonlight’s Production Coordinator, said the ad was “heartwarming—definitely a tear jerker—but it also told us about the brand!”

Finally, Project Manager Kaitlyn summed it all up with, “Talk about a good cry during the Super Bowl!”

So, there you have it. According to our video experts, Google won the ad game this year, but there were plenty of other top contenders that deserve to share in the spotlight. Until next year!