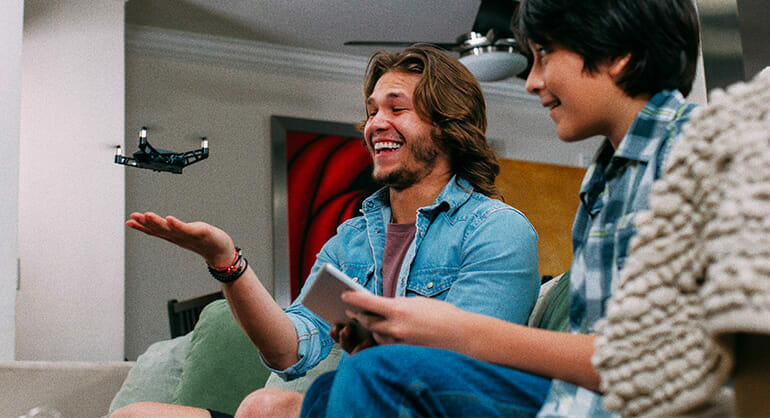 Videos are getting shorter and shorter, and that shouldn’t come as a surprise. If you’re like me, 10-second Snapchat videos of a friend’s pet, significant other, or dinner plate sometimes feel a tad long. If you look at television ads, most of them are in the 15-second range. While only half the length of a 30-second ad that costs twice as much to produce, those shorter spots are 75 percent as effective as longer commercials.

Despite the additional cost, those extra seconds can often be remarkably useful, allowing you to tell a more captivating story that goes into greater depth. Plus, 30-second videos are generally still short enough to keep the attention of most viewers — as long as they’re compelling.

In any case, approximately three-quarters of people surveyed agree that 30 seconds is about as long as a digital video ad shown on tablets or mobile devices should be. As a business owner or marketer, you can work wonders in that half-minute.

Video can be the most effective tool in your marketing arsenal, especially if you’re running a tech company. Because it’s often more difficult to articulate the true value of tech companies and tech products in a way that “less tech-savvy” audiences can grasp, a well-made video can help you explain a product adequately without getting too granular.

Tech companies typically need to showcase more product “features” than a brick-and-mortar restaurant would, so you need to strike a strategic balance without overwhelming your audience. Adding graphics to more traditional commercials (as opposed to the mini-doc style of video) is a good way to convey information without overwhelming your audience. Don’t be surprised if producing one of these commercials entails hiring actors or renting locations.

Filming an office full of engineers and folks on computers won’t demonstrate the value of your product.

Of course, video production can be expensive. Here are a few practices for getting the most out of your video budget while highlighting your product’s most exciting features.

Although most tech products can perform a multitude of functions, for your audience to effectively digest your video, you need to home in on the most important elements and capabilities.

Pan Ocean’s Clarity gadget, for example, can perform thousands of commands and functions, but the video focuses on just a few key points: its compatibility with various AI programs via voice commands, its ability to video chat with FaceTime, and its capabilities as a speaker and internet radio.

Instead of just talking about specific features, it’s more effective to show customers actually using them in real-life scenarios.

Ruiven’s video not only describes features and capabilities of its Kudrone drone, but also illustrates them visually by showing people having fun using its different functions. Remember, consumers will always be more interested in how the features will benefit them than they are in the features themselves.

Your product may be complex, but its appeal is likely based on its ability to simplify our lives. People can be wary of new tech products or services that have steep learning curves, even if they do have the capacity to solve the user’s problems.

Chore Check’s video keeps in mind the user’s end goal: getting your kids to do their chores. While there are other benefits of using the app, the video focuses on its primary function and its ease of use.

To really maximize the effectiveness of your ad, try A/B testing a 15- and 30-second version of it to see which has a bigger impact. Then, take what you learn about the optimal length and apply it to future video-marketing campaigns to generate the most effective ads possible.

With so many advertisements clamoring for every moment of our time, it’s unlikely that attention spans will start increasing anytime soon. When it comes to making a great video ad, keep it simple and keep it short.