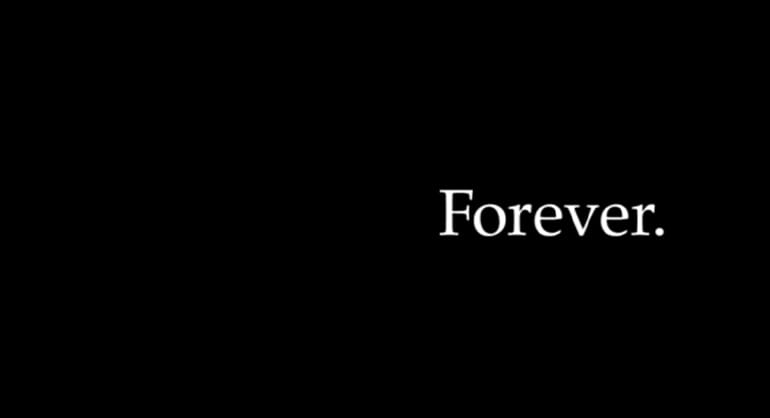 Often, people who are new to making videos focus most of their attention on the visual content on-screen. This seems to make sense from a fundamental standpoint. Video is about grabbing attention using dynamic visuals rather than static ones, so the assumption is that the visual elements are the most important.

The video from Nike beautifully illustrates why that’s not always the case. In a touching tribute to Kobe Bryant that was released on the day of his memorial, this video, entitled “Mamba Forever,” takes a “less is more” approach with the on-screen content. There are no video clips at all; instead, the narrative of the story takes place through a series of tiny text changes.

This unique choice to forego dynamic shots doesn’t take away from the story—it adds to it. The minimalist approach highlights how multifaceted the basketball legend was as a player, a sports icon, and a family man. No flashy clips or graphics are needed and the curated audio snippets truly speak for themselves.

At its core, video is a combination of visual elements and audio, and the pair should be stronger than either of its individual components. While the audio is what really carries the Kobe narrative, the subtle text adjustments make the audio that much more profound.

Our takeaway? There is no one-size-fits-all approach to video. Nike’s powerful remembrance of Kobe Bryant proves that sometimes, the right way to film a video is by not filming at all.