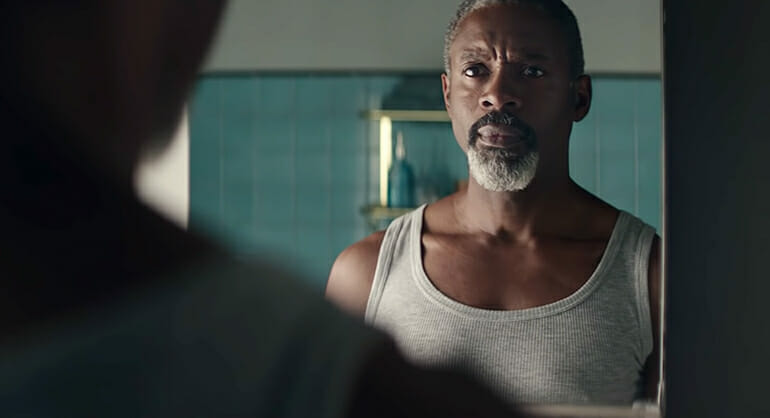 A good commercial has the power to totally elevate or sink your brand. From “Wazzzup!” to “It gives you wiiiiings!”, commercial taglines, catch phrases, jingles, and cameos naturally become a part of history, and when done right, can bring companies countless in return.

This year is off to amazing start already. We’ve gathered a few of the best commercials of 2019 below – take a look and get inspired by what makes each of them great. Maybe you’ll be able to implement some of these elements in your next video marketing campaign.

We’ll go into more detail below, but here’s our list of the top commercials of 2019:

You know we had to start the list off with a bang. This commercial has been talked about non-stop since it launched, thanks in part to its self-awareness, bend toward social justice, and political undertones. Lauded originally for putting a spotlight on toxic masculinity, and then quickly rebuked by some men who felt attacked by the ad, calling it controversial would be an understatement.

But there’s one thing this ad accomplished for sure: it got everyone talking about Gillette.

Humor is hard to get right. But when a company gets it right, the payoff is all the sweeter! That’s why this ad from Bubly, a brand of flavored sparkling water, hits all of the right notes. With tons of puns, quick-witted dialogue, plenty of memorable product shots, and celebrity Michael Bublé making a guest appearance, this ad is an unexpected winner in our books.

Leave it to Microsoft to make us feel inspired by a bunch of kids playing video games!

You have to be skeptical when a major corporation uses a social movement to boost their profits (Gillette’s guilty of this, too). But in the end, highlighting positive change and giving a voice to the disenfranchised is a major step forward. Props to Microsoft for not only creating this adaptive game controller, but for creating an ad that tugged at our heartstrings in an elegant and meaningful way.

Risking leaving the audience anxious and uneasy is a bold move by SimpliSafe – but they brought it back at the end, building up that anxiety and relieving it with their flagship security product. We’re suckers for the message (technology is advancing too quickly and taking over our lives), but beyond just the message, the emotional rollercoaster they build is impressive and highly successful. Though, we do admit, their voice-activated security system plays right into the message they’re antagonizing.

[embed_video provider=”youtube” id=”gkY6A-Czfks” caption=”Source: T-Mobile align=”center” /]
We’ll admit – this commercial wasn’t our favorite right off the bat. It’s great; a solid commercial that effectively communicates T-Mobile’s value proposition of reliability and a huge unlimited network. Beyond that, it didn’t stand out. That was, of course, until…

It’s a video series! These spots aired throughout the Super Bowl and were each uniquely funny and memorable. They followed a very clear pattern, they were all heavily branded (something not all Super Bowl commercials accomplish effectively,) and they each presented a relatable situation that made us laugh, without the special effects or high-budget schtick that we’ve come to expect from most big game ads. Kudos, T-Mobile.

Yes, we’re fans of controversy. This ad is bold and unapologetic during what’s arguably one of the toughest times for journalism in history. Cries of “Fake news!” and industry-wide layoffs are just the tip of the iceberg and, while we are questioning whether a $5 million ad was the right way to go, the Washington Post is doing everything it can to polish its reputation as a trusted source of news. The cost was huge, but with this beautiful, heavy, painful, and important ad, we really hope the payoff is worth it.

This ad is weird. Part of the original art film “66 Scenes from America” by JØrgen Leth, it shows real footage of pop art icon Andy Warhol eating a Whopper. No edits. No manipulation. Just there, plain as day, is the 1982 scene in all its glory.

Weird – yes. But also, ingenious. Burger King did almost nothing (technically, that is) to create this commercial, working with an ad agency to acquire the rights to the footage for presumably a lot of money. The footage is art-school famous, but otherwise relatively unknown, and audiences were left wondering – is that Andy Warhol? Is this real? Is he really eating Burger King?

Yes, yes, and yes. And that makes this commercial sheer awesomeness.

Riding the wave of what’s trending can sometimes (read: often) work against companies. But here, Michelob decided to tap a trend that’s growing quickly and steadily to great success: autonomous sensory meridian response (ASMR) videos. If you watch this and feel a tingling in your back, a sudden sense of calm, or other physical bodily response, then the ad did its trick.

There’s nothing particularly special about this ad for those who have zero response to the quiet, close-up sounds produced by ASMR videos, but those who do react have built a strong community and had an overwhelmingly positive response to the ad. It also rounded out our list thanks to its beautiful scenery, its celebrity cameo, and its otherwise unique quirkiness.

Take a look at our favorite commercials of 2018 here.