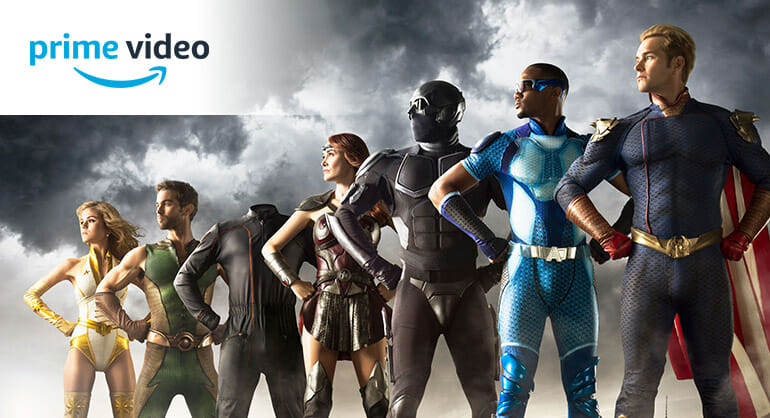 Client Spotlight: Amazon and “The Boys”

The power and the colossal challenge of video content is that no two videos are exactly alike. As content marketers already know, for every single brand and product there are borderline infinite creative directions that you can pursue. You have to ask yourself, is your video a commercial or is it a series of customer testimonials? Is it real-life footage or animated? What’s the tone? Is it funny? Is it sad? Is it inspirational? These questions (and many, many more) are indicative of the tremendous ground that even one brief video is able to cover.

Answering them can often mean examining the subject of your video more closely, and then reverse-engineering the elements that define your brand in the first place. For example, take a look below at this short form video spot that we created with Amazon for their hit Prime series The Boys.

Based on the best-selling graphic novels by Garth Ennis and Darick Robertson, The Boys is set in a parallel universe where real-life superheroes exist and are treated like massive celebrities by an adoring public. But underneath all of their media spin, many of these “supes” are actually corrupt psychopaths and murderers. It falls to a motley group of non-superpowered vigilantes (dubbed “the Boys”) to keep them in line, with brutal consequences.

To decide on what kind of video content we should create for Amazon, we took inspiration from the core themes and concepts of the material that we were promoting. Because The Boys is focussed on the impact that media has on popular perception, and the way that it shapes our collective thoughts and opinions, we used TV news as a creative jump-off point.

Rather than shoot a lot of expensive new footage, we chose to re-purpose shots from the show for a sleekly fictional newsreel that could come right out of the world of The Boys. The end result highlighted some of the most eye-popping imagery from the show, while also bringing its major ideas front and center.

Think about how, for this particular video, the product influenced the video content instead of the other way around. We examined what our client was trying to sell and worked with their existing  content, instead of trying to re-frame it from the ground up. All it took was just a little bit of stylish animation and some outside-the-box thinking to create an original piece of video marketing content that honors both the world of the show and its message.

Going forward, how can your brand think backwards to move forwards? For starters, try repurposing your existing content in a fresh, unexpected way. Take a look at the footage that you’ve already had, and try to come up with ways to make it feel brand new – whether it’s through graphics, posting it on a different channel, or re-imagining its context. There are no limits to what you can achieve when you approach your video content strategically.