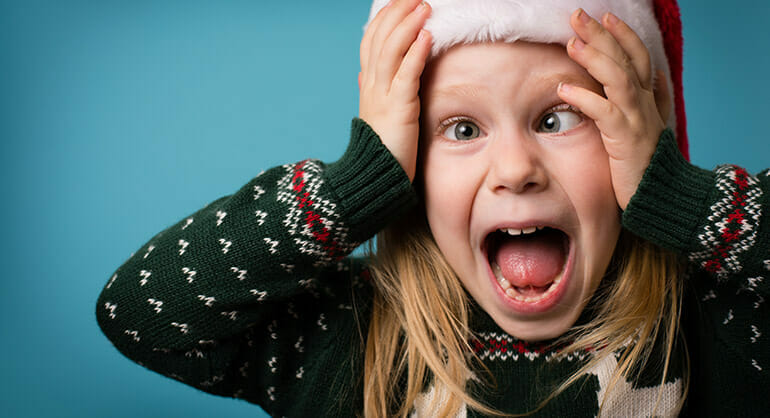 What to Do When Your Production Goes Wrong

Because we sing the praises of online video all day long, we often forget how difficult the process can actually be. Just because we’ve mastered the art of creating high-quality, affordable videos for the masses today doesn’t mean it was always this easy. Actually, creating the perfect video is never easy.

Even when everything else goes right on set, there’s still so much that can go wrong. You can have the perfect crew, an amazing cast, and the best equipment – and then your locations get rained out, half your team gets food poisoning from that lunch your Grandma prepared to save costs on catering, and your nephew who you hired to be the production assistant forgets to pick up the extra camera batteries.

Just because your video has some mistakes doesn’t mean it’s beyond repair. If multi-million-dollar productions can have problems, firing two directors in the process, and still finish the movie, so can you. In fact, some great material has come out of “video blunders” – there have even been multiple TV shows and popular websites dedicated just to so-called bloopers.

That’s why today we’re going to explore what to do when video goes wrong and show one amazing example of how a film crew just like yours turned a video goof into viral video gold.

In a word? Everything. Because of the sheer number of creators and multiple production stages required to create a high-quality video, there’s that many more things that go wrong. Think about it: you’re combining multiple artistic mediums using high-tech equipment all at the same time – it really is orchestrated chaos.

First off, there’s everything that can go wrong in the pre-production stage, from locations falling through to actors dropping out last minute. That’s why you want to give yourself as much time as possible in pre-production to lock down as much in advance as possible, and have back-ups of everything from basic gear to whole new sets ready on standby just in case.

That’s because the production stage is where, according to Murphy’s Law, everything that can go wrong, will. That’s where “We’ll fix it in post!” came from, a reference to productions thinking they can use the power of editing during the post-production stage to remove obstacles like bad sound, a messed-up line, or a production assistant standing in the middle of the shot.

While you do have a lot of ways to correct mistakes in the post-production stage, adding or removing things with special effects takes time and talent, which can end up costing you a lot of money, too.

But remember: just because you messed up on set doesn’t mean the whole production is ruined. After all, great editing has turned many a bad actor into passable performances – and occasionally, one that’s even Oscar-worthy. The first trick we recommend when dealing with on-set mess-ups: hire a great editor.

Picture this: you own a local business and you love your community, so you decide to create a commercial that features some of your real customers singing your company’s praises in a customer testimonial. Great idea!

There’s only one problem: real customers don’t naturally come with the camera experience that paid actors do, and you end up with one who just can’t seem to lock down their lines. How do you make the best of a bad (or at the very least, somewhat frustrating) situation?

No sense wasting all that good footage! Turn all those outtakes into a blooper reel, of course!

When Dysarts Restaurant in Bangor, Maine and their production partners, Sutherland Weston Marketing Communications, set out to create their commercial spot for “Winter in Maine,” they already had a fun idea: focus on the “real Mainers” (and their heavy Maine slang) who love Dysarts’ signature brand of comfort food.

Little did they know that one of those so called “real Mainers” would end up becoming an internet sensation when the company turned a series of funny mess-ups on set into a viral video hit amassing millions of views.

What was a series of botched takes ended up becoming a huge success and benefiting the company, making the phrase “buttery, flaky crust” absolutely unforgettable. The video became so popular, Saturday Night Live even created their own spoof starring Kate McKinnon and Will Ferrell!

After all was said… and re-said… and re-said again by someone else… and then done… they didn’t end up using Jack’s version of the line. It looks like he never actually got in a usable take. However, Jack can be seen with a big ol’ smile on his face as his wife Sonya finally gets the words in. Plus, Jack seems pretty okay with being immortalized by SNL as a consolation prize.

Check out the final commercial below:

While the Buttery, Flaky Crust video would be impossible to recreate, next time your company accidentally makes some of your own video “whoopsies,” try turning them into a fun social content video instead of leaving them on the cutting room floor, like we did for our client Holistic Nutrition Naturally!

While every team makes mistakes, the pros are pros for a reason – their hard-earned experience. High-quality video production teams can go a long way in providing quality care to prevent the pitfalls that come with any first-time production. It’s like a plumber – sure, you could probably fix your pipes yourself with enough time, trial, error, and elbow grease, but wouldn’t you rather leave it to the professionals? Our editing team has even started with footage filmed by others and turned it into a signature video. Schedule your call today to get the party started.

home chevron_right What to Do When Your Production Goes Wrong