Video Advertising on Twitter: How to Know if It’s Right for You

Twitter might not be the first social media platform that comes to mind when you think of video marketing, but you need to start thinking about it—and fast. Twitter boasts 486 million active monthly users, with roughly 23 percent of all American adults using the platform. If you’re missing the opportunity to communicate with that many people, can you really say your marketing strategy is effective?

Sure, content may not have a very long lifespan on Twitter thanks to its constantly updating feed, but that’s actually what makes video so much more effective on Twitter than anywhere else. With so much text, so many links, and random retweets dominating most feeds, video helps brands stand out among the noise, captivating users for longer and having a greater impact on top-of-funnel metrics.

As a matter of fact, Tweets that include video are 10 times more likely to be retweeted than Tweets with images. That means videos on Twitter can help spread your message further and wider.

If you don’t know where to start, you’re in the right place. We’re breaking down everything you need to know about Twitter video advertising and distribution and giving you some practical tips you can start using to reach your target audience.

Launched in 2006, Twitter has been a social media behemoth. Despite stifled growth in the last few years and a barrage of controversies, its active user base is still strong and it remains one of the best ways to reach millennials and high-income Americans.

Twitter launched promoted video ads in early 2015, following it with in-stream video ads in April 2017. They continue to update and improve on their video functionality, announcing recently that they’re in the early stages of allowing users to respond to tweets with reaction videos, an alternative to the regular quote-retweet function. This will apparently be an exclusive update for iOS users and seems like a direct response to TikTok’s popular video reply functionality.

According to Twitter, 41 percent of people on Twitter purchased products after exposure to an ad. Those rates rival ad conversion rates on Facebook, even more meaningful because of Twitter’s smaller popularity. That means you’re likely to get fewer video ad views on the platform, but those views will be higher quality and more likely to convert. 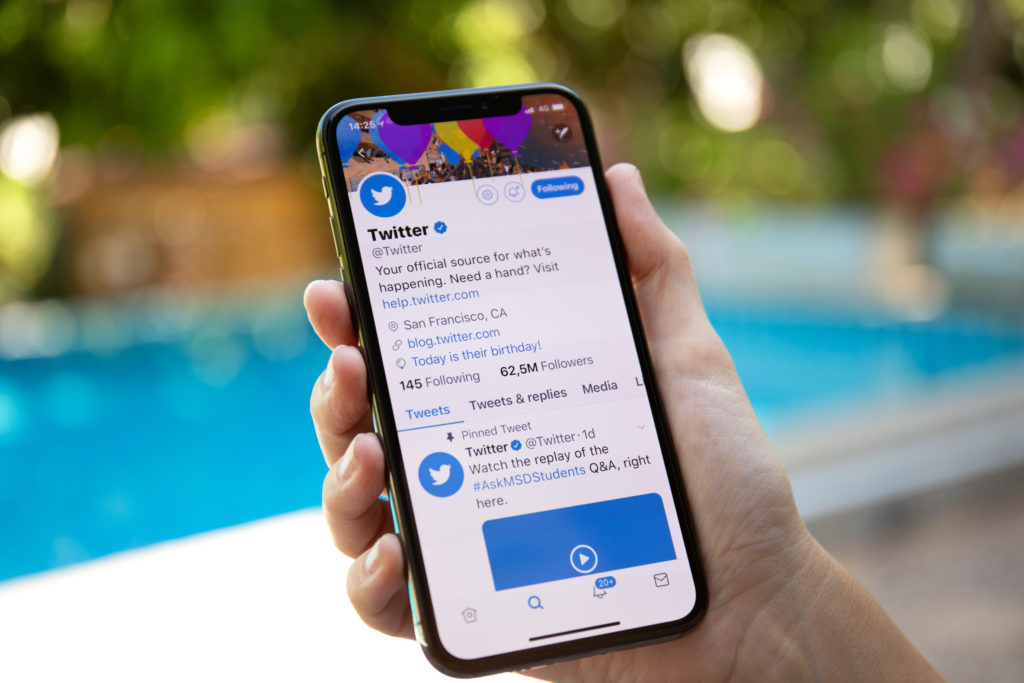 There are a few different types of ads you can promote on Twitter. Immediately upon opening Twitter ads manager, you’ll see this:

Each of these campaign goals leads to a different type of ad experience, but we’re going to focus on the two that relate most to video marketing: Promoted Video Views ads and In-Stream Video Views ads.

The main goal of this ad is to maximize your video’s views. Perfect for spreading brand awareness, this ad is optimized to reach an audience that is more likely to watch your video, encouraging brand recall and greater brand engagement. If views are your primary success metric, opt for a promoted video views campaign.

In-stream ads are a type of pre-roll ad, playing before video content from one of Twitter’s selected content partners (they have more than 200). The main goal of an in-stream ad is also to maximize your video’s views, but they do so by borrowing equity from their big-brand partners. When setting up your campaign, you’ll be prompted to select categories closely associated to your video, which Twitter uses to match your video to the right partner Tweet.

Twitter also has in-stream sponsorships, where brands can sponsor videos created by other Twitter partners, building on their brand association, but these ads are currently not available for self-serve advertisers.

Possibly the most important aspect of video advertising on Twitter is making sure your videos are formatted correctly. Here’s a quick breakdown of video ad specs on Twitter:

Twitter isn’t the biggest social media platform around. It’s dwarfed in its video capabilities by Facebook, Instagram, and others. Its content doesn’t stick around for very long, and though there are great video analytics available, it’s no match for the likes of Google. But, despite all this, it does have one of the most ad-engaged audiences of any platform.

And don’t forget the rule of seven, which states if a person sees your advertising at least seven times, the chance they buy from you increases exponentially. So your audience may not necessarily convert on Twitter, but your ad placement there will help keep your brand top of mind and give you a better chance of converting a customer in the long term.

Make a little room in your advertising budget for video placements on Twitter. Test different creatives and audience targeting and see what happens!

home chevron_right Video Advertising on Twitter: How to Know if It’s Right for You