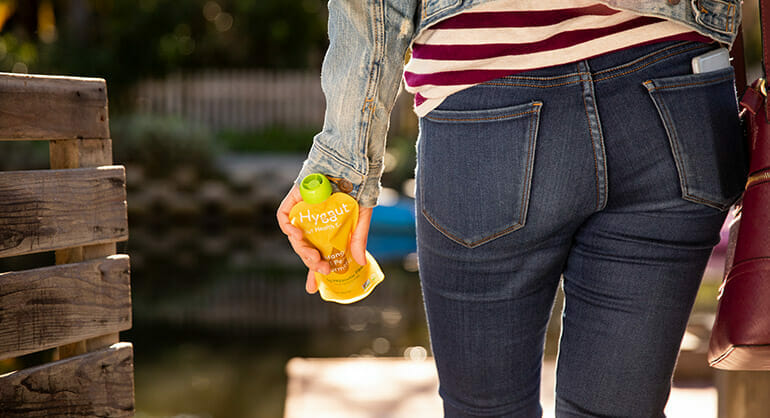 Hollywood makes movies look like magic, and has done so for over a hundred years. That’s probably why the idea of getting into video marketing for your business seems pretty intimidating. Whether it’s the upfront cost of building your own video department, or getting crazy high dollar amount video proposals from a top agency, it can feel like jumping into video marketing is near impossible – especially on a budget.

One of the reasons we created this blog is to demystify the captivating and illusive world of video marketing, and one of the best ways we do that is by making the unknown, known. In particular, shedding light on areas you might not be familiar with, and educating you so this whole video production thing doesn’t seem so scary and complicated. After all, the ultimate vanquisher of fear is understanding.

Today we’re going to review 10 video marketing secrets to help you better understand video marketing and get your video production off the ground for a great start in 2019. Check them out!

Video production can seem financially daunting when you’re first starting out, but did you know video marketing can actually be way cheaper than you think? It all depends on what you’re trying to accomplish – you can’t make a Super Bowl-quality ad with top talent on a shoestring budget, but getting your foot in the door with simple and effective marketing videos can be pretty affordable if you know what you’re doing.

If you’re setting up a video shoot yourself, there are a lot of cost cutting tricks you can use. For example, you can actually create a high-quality marketing video using only an iphone. Or use behind-the-scenes footage to create a day in the life video, like this one we created for our client Around the Mountain.

You can also use your own employees as on-screen talent for simple social or explainer videos, or highlight your customers in a customer spotlight video, like this one we created for our client beBee:

You can also maximize the time and effort spent on every production by reducing the amount of shoot days and simplifying your setups to one location so you can film multiple videos in one day!

Then, there’s working with an agency. While many agencies do charge a premium for quality service, you can still find exceptional high-quality, cost-effective agencies out there that are willing to work with you. To find out the true cost of video production when working with an agency, check out this article.

It’s one thing to buy an expensive camera for gorgeous footage, it’s another to end up with a good video. Whether it’s sound, coloring, or pacing issues, good editing is so important to the success and quality of your final product that you can’t overlook it.

When so much time and money goes into production, it can be easy to overlook post-production, but post-production is definitely the last place you want to cut corners. There’s a reason film crews so often say, “We’ll fix it in post,” when things go wrong on set – because good editing really can make or break whether you end up with a good video.

For example, check out this masterpiece in editing from Budweiser – using some slick editing tricks, they were able to recreate how the late Chicago broadcaster Harry Caray would have announced the 2016 World Series victory for the Chicago Cubs.

For so many would-be filmmakers, creating a script is often a tedious hindrance during the pre-production stage – a hurdle that simply must be overcome as quickly as possible to get to the fun part: making the movie!

The same can be true in video production for your business. But if you rush a script and don’t think through your video concept from start to finish, you can end up falling victim to one of many obvious mistakes that can arise when you try to fast-track a script.

Instead, make sure you start with why: why are you creating a video? Then the what: what goal are you trying to accomplish? Do you want to attract new leads? Delight current customers? Then the how: how is this video going to get them to act? Is it providing value? A discount code? A contest?

Most importantly: get to the point. Be brief and grab your audience’s attention quickly. If there’s only one thing your script does, it better hook them fast and say what you need to say as efficiently and powerfully as possible.

Here are two examples of scripted marketing videos from some of our clients. One with voiceover…

…and one with subtitles!

Two words, one name: John Williams. Ever heard of him? Whether you’ve heard his name or not, you’ve definitely heard him. Here’s maybe his most famous work to date:

Nothing could have set the stage more appropriately for the epic and inspiring tale of intergalactic heroism in Star Wars better than this song, which John Williams created for the original film. Doesn’t it just give you all the feels?!

Similarly, you should be looking to match the perfect score to the tone of your videos. Think about the feelings you want to instill in your viewers. Do you want them to feel uplifted? Motivated? Enthralled? Ecstatic?

Whether you’re pulling on heartstrings or hitting on funny bones, music creates mood more than visuals or narration on their own. Combine all three in concert with one another, and voilà! You have the makings of one epic video.

Take conference calls with a client to go over a proposal, for example. Instead of sending over a complicated proposal and taking two hours to review it fully, send a video walkthrough addressing each section and add clarifying comments as needed to eliminate or at least significantly reduce back and forth.

Reduce customer service communications with FAQ or how-to videos to answer questions before they come up. Use thank you videos to onboard and delight new customers. You can even replace internal memos to your team with a two-minute video update!

Most videos you release online, whether they’re specific to social media or not, will end up being seen most often on your social media channels. That’s why it’s important not to discount creating vertical video for your Instagram Stories, Facebook Stories, or IGTV channels.

Not only are more videos viewed on social media through mobile than on desktop, but viewers actually hold their phone vertically 94 percent of the time anyway, resulting in slightly better CPM and completion rates. After all, the phone is made to be used vertically – why not make it easier on your audience?

Before you go, we’ve got another four lightning-fast secret video facts you don’t want to miss!

We hope these secrets can help as you DIY your own productions, but don’t forget – creating a video marketing strategy is tough to navigate and can often require the expertise of an experienced partner. Check out our video marketing guide as you’re putting together your strategy and don’t be afraid to give us a call if you have any questions. We’re here to help and would be more than happy to walk you through how we approach creating the perfect video for businesses like yours.