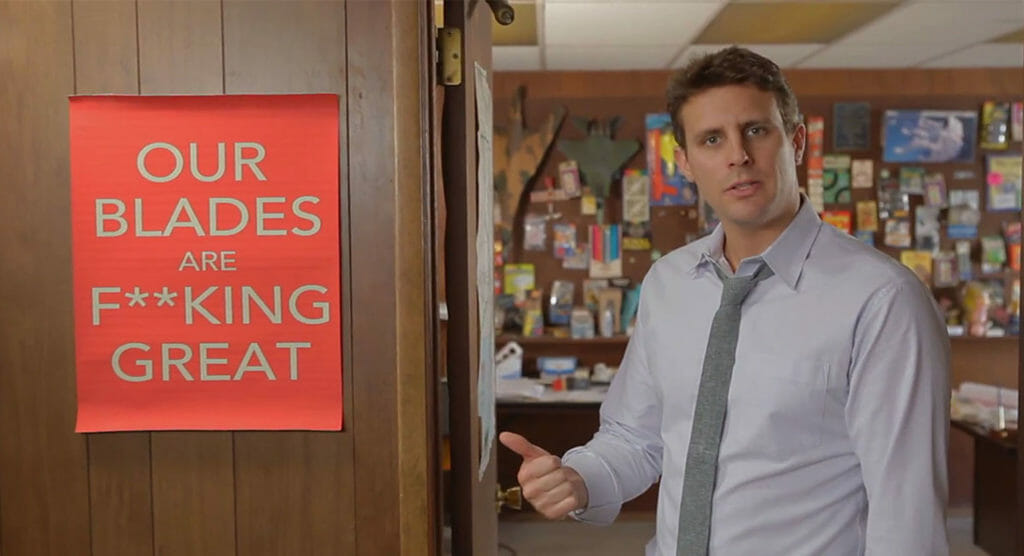 Video marketing is anything but one-size-fits-all. What works well for one brand might flop for another, which is why we always recommend putting time and thought into the strategy that aligns best with your audience and goals.

To put that into perspective, we’re going to take a look at five well-known brands that are each seeing exceptional results from video marketing—and while they have some traits in common, the takeaway is that there are many ways to excel in the video space.

We’ll dive into each brand’s story, audit its video marketing strategy, and share some insight into why the strategy is working and what other brands can learn by example. Without further ado, here are our five brands: GoPro, Patagonia, Dollar Shave Club, Buzzfeed’s Tasty, and Moz. First up, GoPro.

As you probably know, GoPro is the biggest name in action cameras. What you may not know is that video marketing has played a huge role in the company’s success.

GoPro’s video marketing strategy hinges on a few things, but the most important is its approach to user-generated content. Since the brand’s products are video cameras, there’s naturally a lot of footage being captured by customers every day. Here’s a highlight reel from 2020 for context.

GoPro decided early on to encourage the posting and sharing of these videos, and it repurposes and reshares them on its own accounts, too. This is huge for visibility; each video shared by a current customer is, in essence, its own commercial for the brand.

The videos tend to show people engaging in action sports and other high-adrenaline activities, which immediately helps other like-minded people imagine themselves using a GoPro. The footage also speaks for itself in terms of quality and ease of use, which are two key selling points. A few years ago, about 6,000 videos a day were posted on YouTube with the word “GoPro” in the description, just to give an idea of the scale of UGC being churned out.

What can we learn from GoPro? Your existing customers are your biggest opportunity. Before you try to create your own production plan from scratch, do some digging to tap into any content that’s already out there, or encourage your existing customers to share with you. (For more tips about encouraging UGC, check out this article.) If your customers create their own content, your video marketing job becomes less about production and more about amplifying their voices and existing content.

Our next brand is Patagonia, and its marketing team takes a completely different approach to video marketing. Patagonia’s strategy heavily incorporates long-form video content, and many of its online videos fall between 10 and 20 minutes long. This choice is proof that at the end of the day, video “best practices” don’t mean much if they aren’t what’s best for your brand. We typically recommend that our clients focus on videos under two minutes because for most audiences and use cases, that’s what works best. But Patagonia understands its audience well enough to know that it can go a different route, and it’s paying off in a big way. Check out the video below, which has over 1.5 million views despite being 27 minutes long.

The length is the first key differentiator for Patagonia, but another is that many of the brand’s videos don’t have a product focus at all. Instead, they’ll dive into key environmental or conservation issues that the brand knows its audience cares deeply about.

Rather than feeling like marketing videos, these pieces of content feel more like documentaries in their style and intention—as you probably saw in the video above. The company even has a section of its website called “Films,” with the headline, “We are a collective of storytellers who make films on behalf of our home planet.” Not exactly the typical video marketing strategy, but it’s working for Patagonia!

Next, let’s take a look at Dollar Shave Club. This company’s rise to video marketing stardom began with a single viral video, which you’ve probably seen or heard of. Here it is if you need a refresher.

There are a few things going on here. First, the brand obviously decided to go with a playful, humorous tone for this content. And that’s no accident—founder Michael Dubin has a background in comedy and improv through UCB (Upright Citizens Brigade) and applied what he learned there to his early marketing efforts.

As you can probably tell, it worked astonishingly well. That first video currently sits at 27 million views and counting on YouTube. Comments on the video include statements like, “Finally a company that gets how to make a good commercial,” and, “Simply brilliance in marketing.”

Follow-up videos since that early success have used the same humor and product focus. The only difference you might notice? Increase in production value, which makes sense as the company has scaled up its marketing efforts.

Our takeaway here is that overnight video success is possible, especially if you understand your audience and can generate an emotion—joy, shock, happiness—in just a few minutes. Dollar Shave Club was smart to use that tactic in all of its videos going forward.

Now, let’s shift our focus from B2C brands to a B2B brand, Moz. Moz is an SEO software company that serves organizations across the globe. How did they make it on this list? Well, video marketing is useful for both B2C and B2B brands, and Moz has put that to the test.

The most notable accomplishment within Moz’s video marketing strategy is the success of its “Whiteboard Friday” series. Every Friday, the company puts out a video of an expert standing in front of a whiteboard, explaining a concept related to SEO. The videos most often fall in the 8-12 minute range, but the length allows them to get to the heart of the concept they’re teaching in a way that adds real value. Here’s an example of the Whiteboard Friday concept.

The videos are posted to YouTube and the company’s blog page every week, along with a photo of the final contents of the whiteboard. It’s a move that has become inextricably linked with the Moz name, and it delivers relevant content to Moz’s audience, which is mostly SEOs who may be in a position to recommend purchasing the Moz software tools.

We have two key takeaways from the Moz story. First, educational content can sell products or services, even if you aren’t selling directly. We saw a similar outcome for Patagonia. Although Moz isn’t walking through its own software in its Whiteboard Friday videos, it’s attracting an audience that aligns perfectly with potential interest in the software, and providing value to that audience makes them more likely to explore other Moz offerings.

Second, consistency is a key element of any great video marketing strategy. Part of the beauty of Whiteboard Friday is that viewers know to expect a new walkthrough every single week. This helps develop an audience that truly looks forward to the content every Friday rather than an audience that has to remember to check the page periodically to see when new content might be uploaded.

Last but not least, we can almost guarantee that you’ve seen a video from Buzzfeed’s Tasty accounts since launch in 2015. The original videos all look pretty much the same—quick overhead shots of a pair of hands progressing through the steps to make a fun dish. The videos were typically a few minutes long at most, and they quickly showed up everywhere: Facebook, Instagram, Twitter, Vine, and Pinterest, just to name a few. Here’s an example to jog your memory.

In 2017, Tasty was the number one publisher on Facebook, and today, the videos are still one of Buzzfeed’s primary revenue sources. So how did they do it?

The Tasty page videos began with a narrow focus on variations of the same concept: short-form content with longer moments sped up to keep viewers engaged, distribution across all major social channels to build a large presence, and frequent posts with recipes that attract all kinds of viewers. Pretty soon, this narrow focus became the signature Tasty concept, and viewers knew what they were about to watch within the first few seconds of overhead ingredients shots.

Our main takeaway here is that it’s okay to stick with what’s working. In recent years, Tasty has expanded its video offering a bit and delivers concepts that aren’t just short-form recipes, but in the early years of the page, it rarely deviated. If you find a video “formula” that works well for your brand, it’s okay to stick with it for a while—if it ain’t broke, don’t fix it!

If you’ve learned anything from these five brands, we hope it’s that at the end of the day, it’s up to you to decide if the typical video best practices apply to your brand and your audience. There’s always room to bend or break the rules, and you know your audience best! As you’re crafting your own video marketing strategy, take inspiration from GoPro, Patagonia, Dollar Shave Club, Tasty, and Moz and think outside the box.