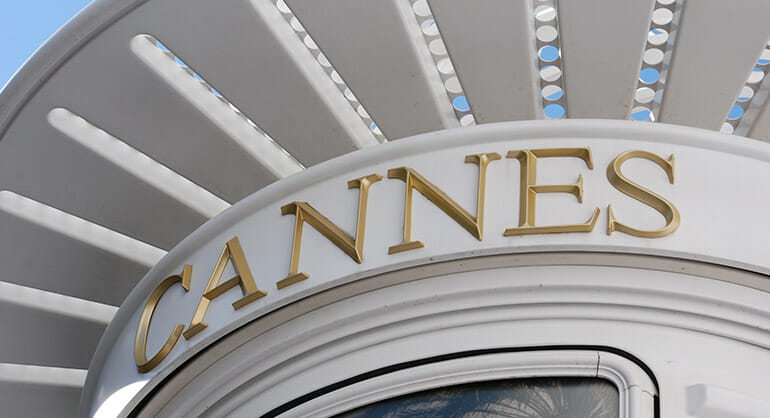 The 5 Most Important Awards For Content Marketers To Know

What do you think of when you picture an awards show? Red carpets? Golden statuettes? Free canapés being passed around by black-clad waitstaff? As old-fashioned (and a little ridiculous) as these ceremonies may seem, industry awards remain a terrific way to highlight the best, most innovative marketing content around the world. And despite what you might be imagining, these awards are a far cry from the stuffy ceremonies of yesteryear. For 21st century advertisers, our prizes can be every bit as sleek as our content.

But participating in industry awards is more than an opportunity for your brand to stroke its ego. There are an array of benefits that come from winning industry awards – some measurable, some a little more conceptual in nature. Industry awards have been shown to boost team morale, build brand credibility, and of course, attract organic publicity. So the next time you pour your heart and soul into a piece of content, why not make sure that it’s also submitted for a chance to shine on the international stage, with an audience of top-tier experts gathered from around the globe?

That being said, it can understandably feel like there are too many awards to ever decide on which ones should be your focus. To help you choose, we’ve put together a list of our top five favorite awards that every modern content marketer should know – and diligently submit to.

If you’ve heard of any marketing content awards, these are most likely them. The Cannes Lions dates back more than half a century, and took their initial inspiration from the success (and the location) of the legendary Cannes Film Festival. In terms of industry prestige, the Cannes Lions, like the Film Festival that sparked them, are nearly unparalleled – and when it comes to old-school glamor, they take the cake by a mile.

But don’t feel too intimidated. Despite, or perhaps because of their storied history, the Cannes Lions have an extremely diverse list of categories that honor a range of different aspects of marketing. Whether you’re creating video content, live experiential content, or anything in between, there’s a Cannes Lion for you. Even typography gets its own unique category! Just remember that Cannes is far and away one of the most competitive awards shows in the world. Only put your absolute best foot forward, with maximum brand support, or you’re wasting your time.

In Greek mythology, Clio (or “Kleio”) was the muse of history, who sang the praises of all great achievements and accomplishments. The Clio Awards were named for her, and since 1959 have served a similar purpose: Recognizing creative innovation and excellence in advertising content. From Direct Mail to Interactive, there are categories for all content marketers to participate in. Because of this, the Clios are one of the more popular awards shows in the industry, and receive over 20,000 submissions annually from all around the world.

However, the Clios are also notoriously exclusive; fewer than 10% of submissions even make it past the first round of evaluations, and only 3% will ever receive a statue. Altogether, only 1% of all entries walks away with the coveted Gold Clio, so know in advance that the odds are not in your favor. But like the Cannes Lions, the prestige of winning a Clio cannot be overstated – plus, unlike the Cannes Lions, you only need to travel as far as New York City to receive one. That may not sound like a lot, but when festival submission costs can range into the thousands for just a single category, your brand should strive to save a buck at every opportunity.

Compared to the Cannes Lions and the Clios, the Shorty Awards might seem almost adolescent. In fact, they only just celebrated their 11th annual ceremony in May of 2019. But just because they’re relatively young does not mean that they aren’t worth your consideration. While other awards feature a wide range of categories, including those from traditional mediums like print and television, the Shortys are specifically focussed on short-form digital content of every stripe. That means while the competition may still be fierce, your YouTube spot will probably not be competing against a ten million dollars Coca-Cola Christmas spectacular.

Half of the Shortys focuses on individual influencers, while the other half is dedicated to brands and organizations. With hyper-specific awards like “Best Shoe-String Media Buying Strategy,” “Best Chatbot,” and “Best TikTok Partnership,” there is plenty of room at the Shortys for even smaller brands to find success within a particular niche. And did we mention that the ceremony is live streamed, for double the brand exposure?

It’s one thing to make a creatively successful piece of content. But making something that works and actually has an impact…well, that’s a whole separate challenge. The Effie Awards were launched in 1968 to celebrate the latter, and for 50 years have been recognized as the industry’s foremost celebration of content effectiveness. Their philosophy of “Awarding Ideas That Work” sets them apart from other awards, and while the Effies may not seem as showy as the Lions or the Shortys,  their embrace of quantifiable results can only mean good things for your brand.

Before deciding if the Effies are right for you, take a moment and think: Did your campaign translate into record-breaking sales? Or maybe it increased brand awareness in a major way and put your company on the map? Either way, these awards were created to show off your measurable, metric-based success, so go ahead and toss your hat in the ring!

Just one look at the name should tell you all you need to know about the Content Marketing Awards. Originally launched in 2014 as the Magnum Opus Awards, today the CMA’s feature over 80 categories recognizing every aspect of content marketing, from strategy to distribution to design. Over a decade and a half later, they remain the largest international content marketing awards program, and one of the only major industry awards dedicated entirely to this specific form.

Whether you are a fledgling brand or an established content agency, the CMA’s are a terrific place to stake your creative claim. Because all of the categories fall under the realm of content marketing, your brand has the freedom to dig into very specific fields, including several that are less prominently featured at other industry awards festivals, like Manufacturing, Tourism/Travel, and Financial Services. They may be less prestigious than other festivals, but for anybody looking to build up marketing credibility, the CMA’s can be a great place to start.

Awards are not the be-all end-all of content marketing, but submitting to them is an important step for any brand or company to undertake. By winning (or just being nominated for) top industry prizes, you are staking a claim in the global creative market – and demonstrating that you are a marketing force to be reckoned with. So choose your best piece of content, strategize about where to apply, and boldly enter the world of marketing awards.