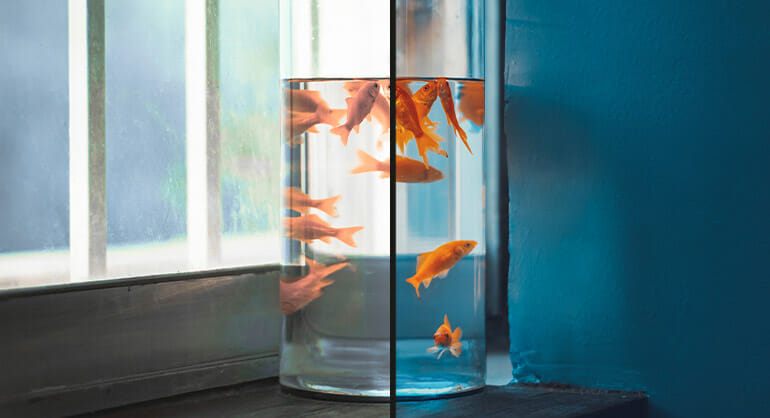 Raw Footage: What It Is and Why It’s Useful

If you’re not intimately familiar with video production, you might assume that raw footage is a bunch of clips that look pretty much like the final video product, just without the assembly and finishing touches.

If this is what you’re expecting, you might be confused when instead, you receive a long, disorganized list of files that you probably can’t even open. The shots will likely be out of order, and if you do manage to watch one of the videos, it won’t have the look or feel of the final product.

What is Raw Footage?

Raw footage (sometimes called “source footage”) is the crude, unprocessed camera output that a videographer captures while shooting. It’s delivered as an extensive list of files that you may not be able to open without professional software. If you can open the files, you’ll find footage that hasn’t been color-corrected, audio-enhanced, or trimmed to eliminate unusable footage. The gist? It’s not going to look good.

Don’t panic if you hate the way the raw footage looks. The key to raw footage is that it’s meant to be edited.

Raw footage is not supposed to stay raw—it starts in that format to preserve the quality and detail for the editors, allowing them to have the most creative freedom in putting the final video together. Because it retains all of the details, true colors, lighting, and high-quality images that the camera produces, raw footage can be almost completely transformed in post-production according to the needs of the final product.

Below are some additional details to be aware of when working with raw footage.

We can’t overstate this: files containing raw footage are large. They take tons of storage space and processing power to work with, which is why professional editing software is so critical for post-production.

The color on raw footage typically looks flat or dull. Again, this is by design. The color of raw footage actually is flat—that is, it was shot in a video type called “flat” that doesn’t include a lot of the color information in a finished video file. The footage will look lifeless, but only so that the editors have the most control over the end result.

The final product won’t look like the raw footage, because the editor will color grade the footage and make other technical changes to bring the colors to life.

With raw footage, the audio that will be used in the final video might be recorded separately. Often, the camera that is used to film will not capture the final audio for your footage. Instead, a separate audio device will be used to maintain the highest quality level.

While the camera will still technically be capturing audio, it’s likely going to be located too far from the audio source for the sound to be as clear as you want. Recording audio separately solves this problem.

What does this mean for your raw footage? It means that the final audio for your video may be located in a separate file altogether. The editors will synchronize the audio with the footage during post-production, but if you’re viewing the raw footage, that won’t be the case.

Files containing raw footage are often not stored in sequential order, especially if there were multiple cameras involved. If there were two or more cameras, it’s likely that all of the footage for one camera will come first, followed by all the footage for the second camera, and so on. This concept throws off the sequence of the storyline if you’re not used to interpreting raw footage.

Additionally, not every shot you see in the raw footage will make it into the final edit. Editors are storytellers. They weave together the perfect narrative from the shots that they have available, and they leave out any shots that don’t add value to that narrative. Trust that your editors will make the right choices from the footage that’s available to them.

Finally, not all shots will even be usable in the first place. Think shots where someone coughs, or the talent trips, or a line is misread. These tiny mistakes happen during filming, but those shots shouldn’t be used in the final video. Since the raw footage contains all the footage, those shots will be included anyway, so it’s up to the editor to find them and ignore them when putting together the final product.

How Do We Handle Raw Footage at Lemonlight?

At Lemonlight, we offer all of our clients the opportunity to keep their raw footage.

There are a couple of common reasons clients will make this choice. One reason is that they want us to handle the production process through the filming stage, and then they have their own editor who will transform the raw footage themselves.

A second reason is that they want to save their footage to potentially repurpose in the future. Because filming high-quality footage can be an investment, some companies prefer to keep all the available assets for future use.

Finally, some clients will request their raw footage before the edit, so that they can review what was captured and provide input about what should be included.

Because raw video provides value for our clients in scenarios like these, we’re happy to offer it. When clients want their raw footage, we typically send it to them directly. If they don’t want a copy but they aren’t ready to delete the footage completely, we can also host it for them on our cloud server (we use Amazon Web Services, which is similar in concept to Dropbox).

Clients sometimes wonder why there is a cost associated with receiving their raw footage, and the answer lies in the steps that have to be taken to preserve the footage. Whether we send the footage or host it, we assume a hefty cost because of the size of the files and the storage needed to hold them.

If we’re sending the files to the client, this typically requires mailing a physical hard drive. We take on the cost of the hard drive itself, the shipping, and the time and resources that it takes to transfer those files onto the hard drive. On the other hand, if we host the footage ourselves, we assume the cost of the additional storage we have to maintain on our cloud server.

Without charging clients for the added value of providing their raw footage, these costs would be too significant, and we wouldn’t be able to offer it as an option.

Do I Need Raw Footage or Not?

Ultimately, whether you need raw footage or not depends on your brand’s unique video needs. If you expect to repurpose your content in the future, or want to make edits yourself, raw footage is a great asset to have on hand. If not, it may not be worth the time and resources that it takes to manage.

It’s up to you and your team to decide what will work best for your video content. If you’re still stuck or have additional questions, we’re here to help! Give us a call or contact us using the form below, and we’ll be happy to guide you in the right direction.

home chevron_right Raw Footage: What It Is and Why It’s Useful