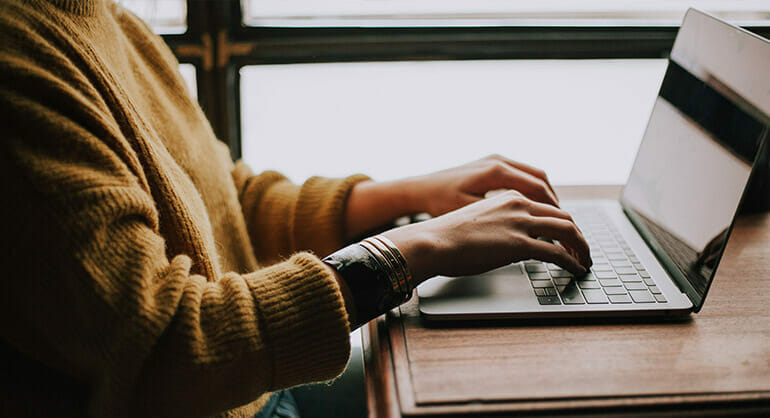 Don’t you love those six-second bumper ads on YouTube? You know, the ones that pass by in a flash so fast that you almost forget you see them at all? So much better than those tedious 15- or 30-second commercials, right? Half the time, we can’t even remember what brand those six-second ads are for. Perfect, right?

Not for us advertisers. According to a new report from Video Ad News, advertisers are getting wise to the weak results of six-second ads, and are spending more on 15- and 30-second ads as an alternative. This report comes from a new trends analysis from MediaRadar, an advertising intelligence platform that just released a report tracking TV ad spending between Q1 of 2018 and Q1 of 2019.

The viability and awareness lift available to brands from six-second bumper ads is still under debate, of course, but the reporting also showed that 15-second ads accounted for over 40 percent of all video ad spending, showing much for favorability and trust in the slightly longer format.

If you really think about it, it feels obvious that six seconds just isn’t long enough to communicate anything other than a hook into a longer video.

So what can you, as a brand looking to increase your video advertising and marketing in 2019, do with this information?

Here are a few takeaways that got us thinking.

While no one is dropping the six-second bumper ad format all together, this data could signal a shift back to 15-second ads for a good reason. After all, 15 seconds is shorter than 30 seconds, and still gives more than enough time to communicate a key idea and introduce your brand.

It was found that on YouTube specifically, fifteen-second spots actually make up 47 percent of all ads on the platform, while the popularity of six-second ads decreased by 20 percent, down to just 16.5 percent of YouTube ads at the start of 2019.

This trend could have something to do with YouTube opening up the 15-second non-skippable ad format option to all advertisers, but even MediaRadar admits that the 15-second ads are just able to convey more information.

So, should you be aiming for 15 seconds as your video length sweet spot?

Ideally, your commercial videos are planned fully-formed with every shot, idea, and line of spoken dialogue mapped out. If that’s the case, then you may want to plan a fifteen-second video around one small, yet emotionally resonant idea that can be effectively communicated in just 15 seconds. However, video production doesn’t always work that way, and many video types are created by shooting a bunch of footage and putting it all together in the edit room. Which is why you should…

2. Shoot with longer formats in mind, and cut down as you go.

If you’re creating a one and a half-minute long brand video that will live on your website and social media channels, you probably don’t want to run that as a video ad on anything other than network TV (and even then, you’d want to cut it down).

But if you think about it as shooting a series of 15-second video ads, you’re actually creating six videos at once. These 15-second videos could be used as social videos on your social channels, in email marketing as GIFs, or as video pre-roll ads on YouTube or other channels.

To pull this off in the best way possible, plan your longer videos in segments. In screenwriting, screenwriters are taught how to “sequence” a script, so that certain acts follow certain lines of action to be resolved in a series of 10- to 15-page sequences. This keeps your scripts feeling fresh and active, while still moving the action along – once one conflict is resolved, the next is right around the corner.

It’s a great way to think about your video marketing productions. By breaking a longer video up into smaller sequences united by a theme or idea, you can communicate multiple key aspects of your business. That way, your longer video follows a flow, but can also be cut up and used for shorter videos. Call it efficiency of content.

3. Keep it short, but emotionally impactful.

Six seconds might still be effective at getting a brand’s name out there, and YouTube certainly isn’t giving up on it. In fact, YouTube’s testing new machine learning software that condenses longer videos into a six-second format so editors don’t have to.

When it comes to how short is too short, the video length isn’t necessarily the be-all, end-all determination on how effective a video ad is. Instead, brands and creators should focus on how strong of an emotional impact a video has on its audience.

In any video that you create, your chief goal is communicating why. Why this story? Why this character? Why this brand? Why should anyone care? Humans will watch anything if they’re engaged by it. It’s why massive companies are investing so much in streaming original video content. One of the reasons viewers hate ads is because ads either take them out of something they actually do care about, or don’t offer anything to care about.

If viewers can care about animated raccoons and space trees (also known as the best characters in Avengers), they can care about a product that’ll help them improve their own lives. But you’ve got to tell them a story that shows why that product matters. A real, emotionally tangible reason. Not just “we have the lowest prices!”

As for 15-second video ads versus the others? As Todd Krizelman, CEO of MediaRadar, said,

[Fifteen seconds] just might be the video advertising sweet spot; balancing the desire to keep things short, but long enough to drive an emotional impact.

That last part is key. You need to drive an emotional impact, no matter what video you’re creating or how long it is.