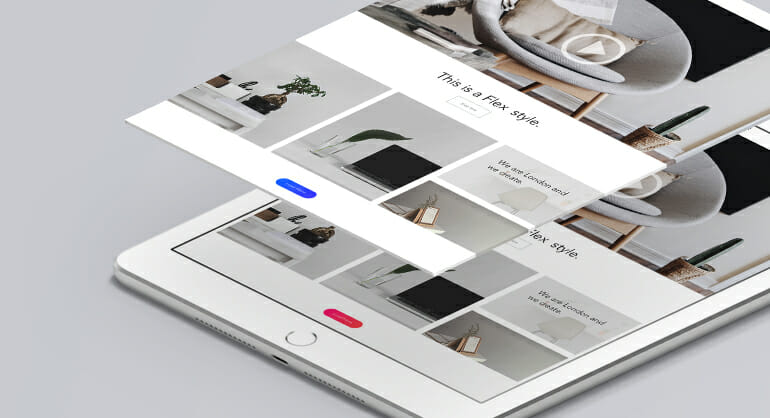 How to Use A/B Testing to Improve Your Video

What Is A/B Testing?

A/B testing is the process of testing two different versions of a marketing asset by making a minor adjustment to one of the components. Each version is distributed to half of your audience, with the goal of making the audiences as similar as possible. This helps ensure that the results aren’t biased. Then, track your usual metrics for your content, like click-through rate or the number of likes or comments. The outcome of the testing process is a clearer picture of what your audience wants from your content.

How Is A/B Testing Used?

A/B testing can be used in a variety of situations, with some common examples including testing email subject lines, the length of copy on landing pages, and CTA buttons. If you aren’t already incorporating A/B testing into your marketing strategy, you’re missing crucial data about the way your audience engages with your content. You could be getting significantly more value out of virtually the same content just by tweaking one variable at a time until you get it right.

There are a number of software options that help with the technicalities of running an A/B test, and they differ in the functionalities and levels of control that you have over the experiment. Some ad platforms will even incorporate A/B testing capabilities in their own interfaces. Take some time to decide what kinds of A/B tests you’d like to run, and then research the available platforms that will best align with your motives.

How Does A/B Testing Apply to Video?

A/B testing is often thought associated with email marketing or website design and development, but it definitely has its own place with video content. Video A/B testing follows the same general concepts as other forms of A/B testing, but the variables that you’re changing are different. Here are a few examples of A/B tests you might want to run on your video content.

While most advice tends to skew towards shorter content in today’s digital landscape, how short is the ideal video? Or, would your concept be an exception that might benefit from a long-form video? A great way to find this out is to create a longer video, and then edit a shorter version as well. Test out both, and see which one has better results.

One thing to note here is that there are multiple metrics you may want to track. The shorter video may have a higher percentage of viewers who watch the whole video, for example, but the longer video may have a higher click-through rate. If the results conflict like this, it will be up to your team to interpret the findings and prioritize the metric that matters more to your business.

Video titles are a great (and simple!) variable to test with audiences. You can make any number of choices here, including long vs. short, title case vs. lowercase, formal tone vs. casual tone, slang vs. no slang, and clickbait vs. no clickbait. You get the idea—choose a title that you might naturally pick for your video, and then test something that feels a little different.

Try not to choose titles that change multiple features at one time, though. If you’re changing the tone of the words, for example, keep the capitalization and length consistent. This will make it easier to isolate what works and what doesn’t, and then you can move on to additional tests to check out the other variations.

The thumbnail for any video is crucial because it gives a visual signal of what the video will contain. It’s almost like the visual version of a title, and it really impacts your audience’s first impressions from your content. Given the importance, a video thumbnail is a great option for A/B testing your video content. Your options here are virtually limitless—you could choose a screenshot from the video itself, a graphic of the video’s title, your company logo, or even a photo of yourself. You’ll never know until you test!

Video on-screen text is another easy change, but this time, it will be adjusted in post-production. Your video editors can adjust whether there’s text on-screen or not as a primary test. If having on-screen text tests better with your audiences, you can do additional tests with the specifics of the copy (similar to the concept we just explained with the video title). This is a great way to make sure the video itself is resonating with viewers.

For another post-production option, video music is often simple to swap out. Unless the flow of the video depends on the music choice, you have countless options for testing different variations of music. You might try upbeat vs. classical, or even a loud version of a song compared to a softer version of the same song. Note that the results here might vary by the distribution platform more so than some of the other test options, primarily because of the differences in whether feeds autoplay sound or not. With that in mind, music choice is a good variable to make sure to test on an individual, platform-by-platform basis.

Last but not least, the video’s CTA (call-to-action) is potentially the most important test you’ll make with your video content. If you make your CTA verbally in the video’s dialogue, you’ll need to be aware that you want to run this test when you actually film the content. If that’s the case, make sure to plan for a couple of different clips for that portion of the video, and then request that your editors make multiple versions of the video that each has a different CTA.

If your CTA uses on-screen text or a button below the video, the test will be a little easier to execute. As with the other copy tests, you’ll want to make subtle adjustments to the words you use to see the impact they have on viewers.

Compared to the other tests, you may want to make this test more involved given its importance in your marketing funnel. Getting viewers to take your intended action is likely the primary goal of your video content, so adjusting your CTA to make that action seem more enticing is a critical component of the video’s function.

Consider using a larger sample size on this test, running it for a longer period of time, or doing additional research on how to make sure your audiences are as identical as possible. These extra moments of consideration will make the results more trustworthy, ensuring that the steps you’re taking to optimize your CTA are being implemented accurately.

Most of the importance of A/B testing lies in getting started. So, find something to test, create two variations, and monitor the results. No matter what variable you choose to test, you’re likely to come to interesting conclusions about how your audience is interacting with your content. That kind of information is priceless, so don’t waste any time getting started!