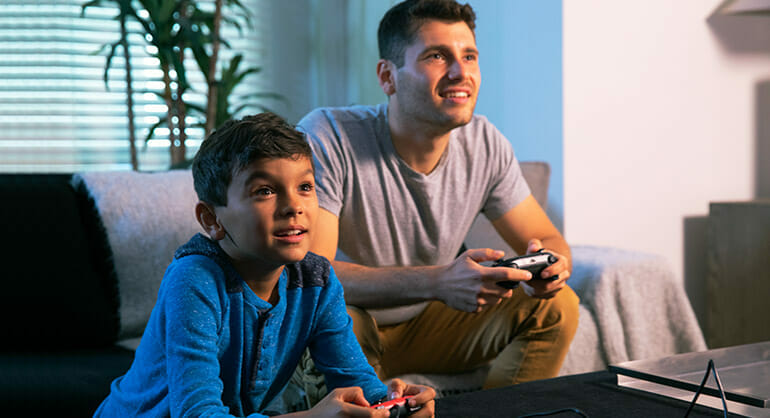 How Long Should Your Brand Video Be?

There are few “rules” when it comes to video creation. There isn’t a single guideline every single person or company should necessarily follow, because videos can be as different as the companies creating them, with different goals, messages, and strategies.

That being said, video length is a different story…

We’ve produced over 5,000 videos and there’s one basic principle we always try to follow: Don’t make a video any longer than two minutes.

The sweet spot is really anywhere between a minute or two, but thanks to short attention spans, an overload of video content, and changing browsing behavior, people just aren’t willing to invest much time in branded and promotional video content. Unless you’re willing to dedicate months and a Netflix-sized budget to a 20-minute brand documentary, chances are you don’t need anything longer than 120 seconds.

And, more importantly, if you can’t get your message across in a short amount of time, your brand message likely needs some refining.

Keep your brand video between 1-2 minutes long. Generally, 90 seconds is your best bet.

We’re here to break down exactly why that is – and to give you a few tips for creating the perfect video that’s exactly the perfect length.

Why are shorter videos better?

An effective video must capture a user’s attention within the first eight seconds – the average length of online attention spans.

Think about your own behavior online, on desktop and on mobile. How quickly do you scroll? How long after you stop to watch something do you decide to move on? For most people, it only takes a second or two. It takes the human brain as little as 13 milliseconds to recognize an image – if that image isn’t immediately captivating, you can bet users will quickly scroll on to the next image they see.

That’s why it’s so crucial for you to think strategically about what will fill your video’s first few seconds, but also think strategically about how long (or short) your entire video should actually be. If it’s so easy to lose someone’s attention in just the first few seconds, imagine how much easier it is to lose their attention the longer your video goes on.

In other words, shorter is better. You want to pack as much information as you can in as short a time as possible. Innately, this will help viewers get through the entirety of your video, but will also make your video more memorable and more impactful in the long run.

When to use videos less than a minute long

Because shorter is better, it’s more common to see videos under a minute than over, especially in certain places, like on social media channels. Algorithms are increasingly giving greater preference to engaging video content, which means the more people watch your video, the more likely it is to be promoted.

If your primary goals revolve around performance on social media, you’ll almost definitely want to keep your videos under a minute.

Don’t go over these lengths on each platform, but play with shortening them and testing your video’s performance. Also, keep these lengths in mind as you create your video content. It may be beneficial to craft your brand video in a way that can be easily edited down to shorter snippets, so you can take full advantage of these video trends on social media.

When to use videos between one and two minutes long

Videos of this length are the most common. Ninety seconds is the sweet spot when it comes to keeping your users engaged, while also communicating greater detail. This is also the optimal length for videos published across multiple marketing platforms, including your website, email campaigns, landing pages, and more.

The reason this length is optimal? Data from the video experts at Wistia shows average drop-off in engagement rates is most significant at the two-minute mark. At two minutes, you’ve had plenty of time to communicate the bulk of your message and keep the user entertained – if you haven’t done either by then, your viewer isn’t going to stick around.

If your goal is to move users down the marketing funnel, a 90-second video is just the way to do it. At this length, you can pique user interest and raise brand awareness, you can nurture leads that have already interacted with your brand in some way, and you can delight those who have already purchased, spurring another potential sale.

When to use videos more than two minutes long

You shouldn’t often use videos over two minutes long, but there are some situations where it makes sense.

If telling a longer story is crucial to your video’s message, for instance, documenting more complex subject matter or explaining an in-depth process, a video over two minutes can be more effective than writing or images alone. It also gives you a chance to develop a more complex and emotional narrative – with more time, you can develop characters a little more, build toward a higher climax, and make a deeper impact.

And, despite shortening attention spans, trends do seem to indicate a growth in long-form video. Longer video can be great for SEO, since more topics are covered and more long-tail keywords can be used. Using transcriptions also helps, since search engines can read that content, unlike the voiceover in your video.

Still, you want to be really strategic about when you choose to use a video over two minutes.

Do even longer videos ever work?

Especially long content, like videos over 10 minutes, 30 minutes, or even 60 minutes long, do have their place. These lengths are common for webinars, specialty talks, conferences, and full event videos, where you want to communicate large amounts of information digitally live and to a large number of people. Here, video is extremely effective and can help you capture leads if you gate the content via a landing page. But don’t use this content as a brand video or commercial – without the proper context, it just isn’t engaging.

Remember: sometimes rules are meant to be broken. Content that is inherently addictive, like Tasty’s 12-minute long video recipe compilations, or highly informational like the famous 18 minute-long Ted Talks, break the 90-second rule. But they do so by strictly adhering to another critical rule: nabbing the user’s attention within the first few seconds. If a user has lost interest in the first minute of a video, they aren’t going to stick around for another 15. This rule might be more important than any general rule about video length, so make sure whatever you make, those first few seconds hook your audience in and keep them interested.

home chevron_right How Long Should Your Brand Video Be?