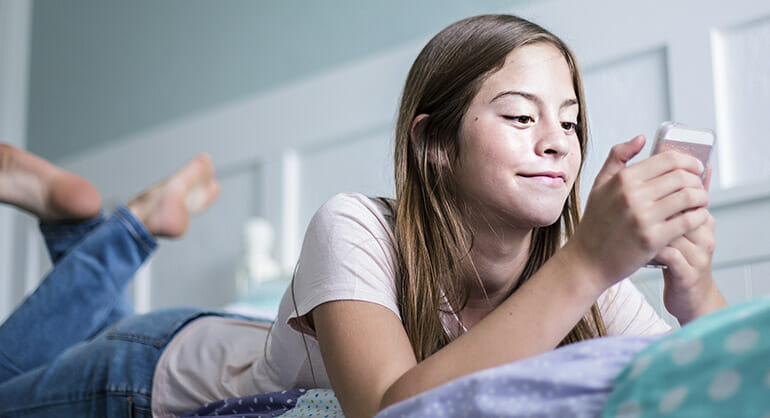 Figuring out what exactly separates each new generation can be next to impossible. There are no set criteria. Is it as simple as fashion? Or politics? Taste in music, maybe? Even the actual passage of time does very little to clarify who falls under what category and why – depending on who you ask, there might be a tremendous amount of overlap at the tail end of each generational period. And when you have some Millennials still in college and others pushing 45, can someone really file all of their wildly divergent life experiences into a single monolithic group?

While you could spend the better part of forever bickering over when Boomers gradually faded into Gen X, one generation has comparatively clear demarkers that set it apart from those that came before: Gen Z. Born from 1995 to 2010, members of Gen Z are the first legitimate “digital natives” – so called because they have never known a world without the internet, widespread mobile phone usage, and social media. Concepts that seemed like science-fiction to previous generations are utterly mundane to Gen Z, and seamlessly integrated into the fabric of their everyday lives. Global interconnectivity? Infinite content? These impossible attractions come standard issue for the vast majority of Gen Z living in the developed world. Understanding what is going on inside of their minds (and why) becomes a complex puzzle of content and passion for those without their unique perspective.

With Gen Z soon expected to surpass 32% of the global population, there is arguably no one group on the planet more important for video content marketers to connect with. But how can your brand or company capitalize on the dramatic rise of Gen Z in an authentically appealing way – all without burning through your budget?

Knowing your audience is generally the first step to adapting to their specific wants, needs, and interests. Luckily for content marketers, one of the essential defining traits of Gen Z as a whole is their unique cultural extroversion – a powerful, burning desire to get out there and create and explore and consume. While this does not necessarily equate to material consumption (or, put a little bit more plainly, “buying things”) it does mean they have an intense, palpable enthusiasm that your brand should attempt to capitalize on – unlike the earlier Gen X, which was famously defined by its lack of motivation and ambition. After all, how do you sell to someone who claims that they want nothing?

While many may claim to be avowedly anti-capitalist, members of Gen Z are 55% more likely to want to start a business than Millennials. They are ambitious young individuals, with aspirations that are matched only by their passion for making a change. Around 30% of Gen Z employees would take a 10-20% pay cut if it meant working for a cause or an organization that matters to them. This extends to the fact that 60% of Gen Z want to have an impact on the world around them, compared to only 39% of their Millennial counterparts. Taken altogether, Gen Z appears to care significantly more than previous generations, and by extension, to support the brands and companies that share their wide-reaching values.

Rishad Tobaccowala, chief growth officer at Publicis Groupe, describes Gen Z as “desensitized” from years of non-stop exposure to content marketing. Many have reached the point that they  barely recognize (or care) about the difference between branded and independent media. As a result, they are much more comfortable interacting with and re-sharing content from branded sources across multiple platforms.

Most of these are online, as Gen Z members spend an average of 3.4 hours watching internet videos every day. Over 70% of Gen Z content consumption comes from streaming, and a full third of that streaming is mobile – which becomes especially potent data when you realize that over half of Gen Z teens use their phones to make purchases online. And even those numbers do not fully outline their tech-savvy nature; on average, Gen Z uses almost twice as many screens as Millenials do in their day-to-day lives.

In summary, Gen Z cares a lot and wants to take part in real change…but also depends on the convenience of social media for near constant  stimulation. This makes for a highly-combustible personality profile, where appetite and apathy go hand-in-hand.

What Do They Want?

Before detailing what Gen Z wants, it is important to acknowledge what they hate: Inauthenticity. Having grown up saturated in media hype and “fake news,” making sure that they are engaging with a brand or company in a real way becomes especially important to them. Only 24% of Gen Z members put a low value on authenticity, while 28% value it especially highly.

Video content remains one of the best ways to connect with Gen Z audiences in an authentic (or authentic-seeming) way Already, more than 500 million hours of YouTube are watched around the world every day. 85% of Gen Z already uses YouTube, with 35% identifying it as their primary social media platform. Video is clearly one of the most important mediums that Gen Z uses to express themselves, and can be a terrific way to sidestep the trappings of traditional content marketing. Just look at YouTube stars like Emma Chamberlain, whose entire persona is built around a kind of ultra-authenticity that cuts through the overproduced pizzaz favored by older web personalities.

Chamberlain’s work is still highly-choreographed and professionally produced, but manages to present as authentic. Marketers could stand to learn from her example by exploring more lo-fi aesthetics, intimate one-on-one emotions, and extremely subtle branding – in short, by putting the “content” before the “marketing.”

Members of Gen Z want to be seen as collaborators, not consumers, which is part of the reason why they prefer relatable stars like Chamberlain to untouchable Hollywood celebrities. Consider promoting calls to action that encourage user-generated content; make Gen Z a part of your video marketing campaign at every level, instead of keeping them at a distance as passive observers.

58% of adults over 35 agree that “kids today have more in common with their global peers than they do with adults in their own country.” That means your content needs to feel as if it comes from somebody in their position – and what better way than utilizing content created by Gen Z members for each other? Tap into that inexhaustible resource and use it to fuel your own creative ambitions.

When appealing to Gen Z, remember that you are dealing with $44 billion dollars of spending power; a number that goes up to $600 billion when you consider the influence that Gen Z has on their parents’ financial habits. But refocusing your video content strategy to provoke Gen Z engagement is more than a short-term cash grab. This is a long-term creative pivot to connect with what may be the largest, most powerful consumer demographic in history – and sowing the seeds of that connection begins now, with you.