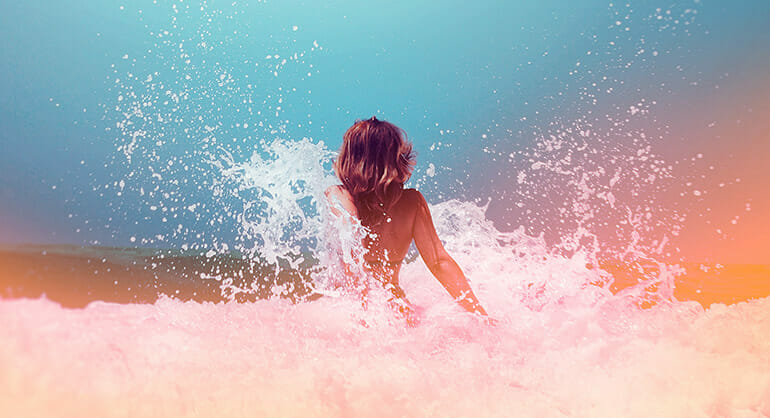 That’s right – this is the one where we finally talk about Fyre Festival.

By now, nearly everyone with internet has seen one or both of the documentaries on the infamous Fyre Festival – the dumpster fire of a festival tweeted ‘round the world. (Spoiler alert: there was no actual fire.) After the weeks-long feud between the dueling streaming platforms that reignited the firestorm and shed a spotlight on the insanity of the disaster, only one question remains for those brave souls who watched both: Are you team Hulu or team Netflix?

All joking aside, there’s no disputing that the Fyre Festival’s marketing was out of control – in a good way, and a really, reeaaalllly bad way. Watching both documentaries, one of the key takeaways from a marketing perspective was the sheer genius of the campaign. In particular, the launch of the Fyre Festival promo video was a masterclass in video influencer marketing – and a masterclass in mass-market manipulation.

So what can you, the average marketing manager or business owner, take away from the success and failures of the Fyre Festival’s marketing video for your own brand?

Here are our top five do’s and two big don’ts we learned from that insane Fyre Festival marketing video that was undoubtedly the best part of the whole debacle.

1. Do work with influencers in your videos.

Everyone agrees – the influencers were crucial to the phenomenal success of the Fyre Festival marketing video. Even if you don’t recognize every face in the video, there’s bound to be someone you do, and the internet went crazy over who all was in the video and what their being there meant. It turns out, their appearances in the video didn’t mean anything – other than a killer video. But the buzz it created was powerful.

So powerful, in fact, that since appearing in the video, the influencers have received backlash and accusations of being complicit in the festival’s false advertising. Ouch – not such a great deal for them after all. That’s because the marketing was so vague that people actually thought these top celebrities and models would be attending the Fyre Festival, which might have had more to do with the influencer marketing campaign slogan ( “Join me at Fyre Festival” ) than their video appearances.

Take a note from that – make sure your marketing language is clear so you avoid this mistake, both for the sake of protecting yourself and the influencers you choose to work with. And in particular, make sure the influencers you’re paying are comfortable enough around your product or service that they can represent and promote it honestly – so they don’t turn on you if the crowd turns on them. 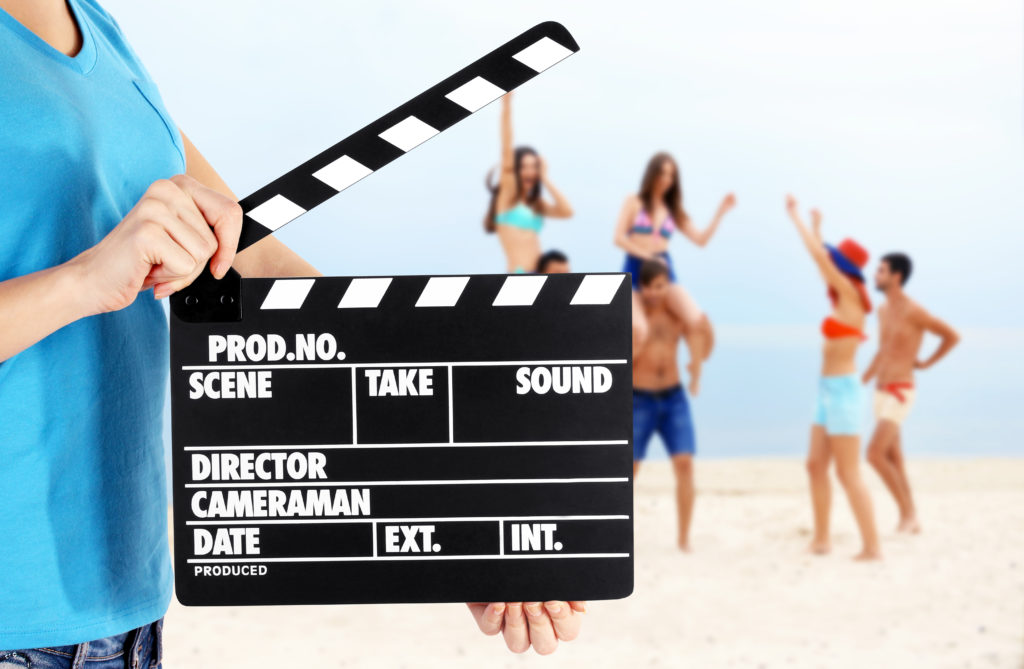 2. Do create a video that captures the feeling you want to represent.

We can’t all afford the amazing, high-quality visuals, top-billed models, and sweeping island locales of the Fyre Festival video. As it turns out, the Fyre Festival team couldn’t afford them, either. But we can all create a video that feels the way we want our customers to feel about our brand.

The Fyre team created a video that captured the feeling of the greatest party of all time, and turned it into marketing gold. Think about the emotion and passion that drives what you do. Is it excitement? Love? Dedication? High performance? Adrenaline? Whatever the emotion is that drives your why, try to bring that out in your viewers and potential customers. Inspire them to feel the same way you feel about your product or service.

When it comes to your video marketing, reach for the stars. Just, make sure you can actually reach them, and don’t defraud your investors and vendors out of millions of dollars. 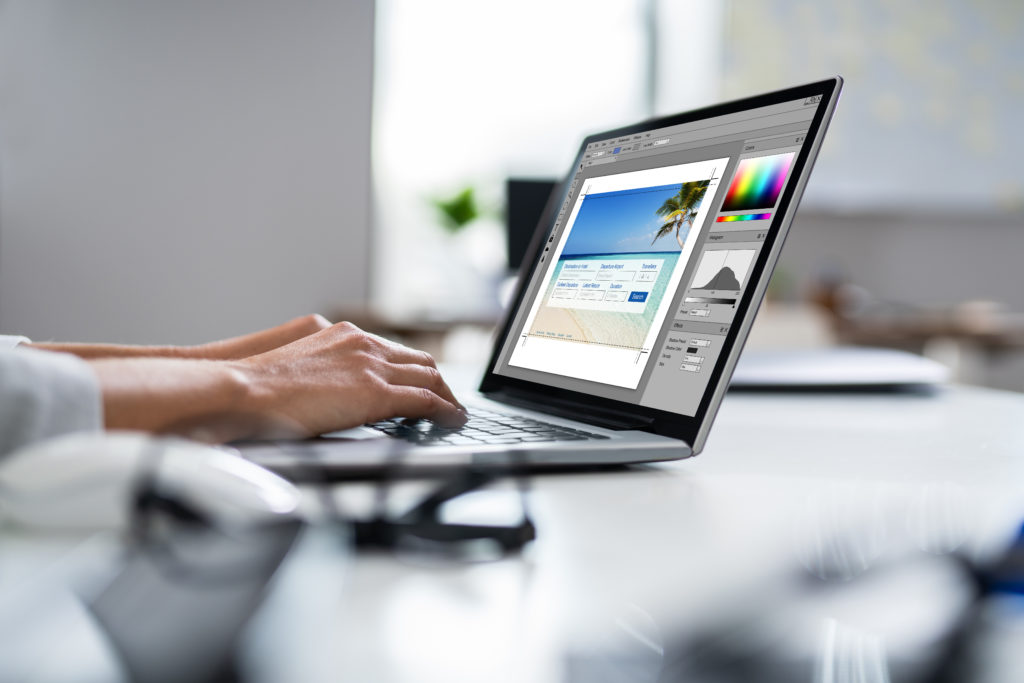 3. Do use creative editing for emphasis.

The Fyre video uses a unique trick alongside its slick swipes and quick cuts that you might miss. Besides editing the video to a cool soundtrack, they highlight certain edits with background sound effects, like the sound of a crowd cheering at 0:16, waves crashing at 0:21, and plane engines soaring overhead at 0:25.

When the background music comes in loud and aggressive, it threatens to overwhelm these sound effects entirely. However, you can still hear them, like the waves crashing at 0:56 and the the sounds of the chaos of the crowd around 1:11. When the music dies down again around 1:25, the sound effects come back in loud and furious until the video ends.

Why is this impressive? The video team could have easily let the background music be the only thing you hear as you watch the stunning visuals of the crystal blue ocean and sweeping beaches. But by adding these underlying flourishes, they created a feeling of actually being there – even if the sounds weren’t synced in any meaningful way with what was going on (that wouldn’t have worked anyway with all those fast cuts).

You can use this technique in your own video as a subtle way to make your audience feel like they’re actually there, even if your there is a busy restaurant or an epic virtual battleground.

4. Do include a simple CTA (call to action) in your video.

“Join Us.” It’s simple, but effective. So effective, it accidentally worked, creating a monumental disaster for the unprepared Fyre Festival team. 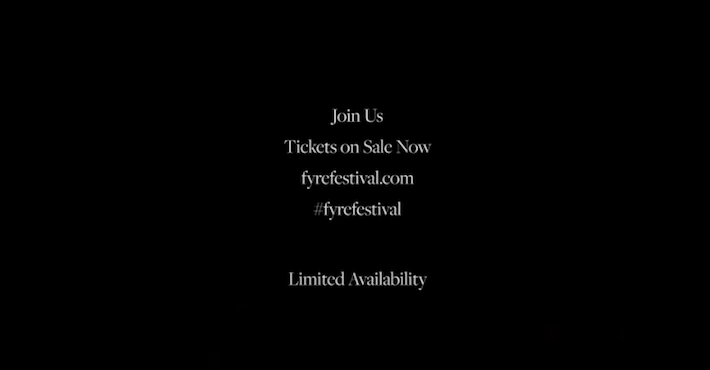 You’ll notice, the final frame of the video doesn’t particularly stand out. It uses a thin, understated font, but it includes everything you need to know in order to do what the video wants you to do: buy tickets, and use the hashtag #fyrefest.

This simple CTA and messaging was used by every one of the supposed 250 influencers that participated in the FyreFest marketing push, and according to the FyreFest documentary, they sold out almost right away. While that might not be true, (because much of what the Fyre team said wasn’t true,) it’s still an impressive feat of coordination, and might not have worked if the CTA was more complicated or convoluted.

Keep your own CTAs simple, keep them on brand, and make sure you spell out exactly what you want your viewers to do to be most effective.

5. Do use titles to underline your most important points.

Finally, one simple trick that the Fyre promo used that’s the easiest to recreate on any budget is using titles to emphasize your key value propositions. While the visuals themselves played into the feeling the Fyre team wanted to convey to their audience, the titles hit those key messaging points that were (supposedly) at the heart of the festival. 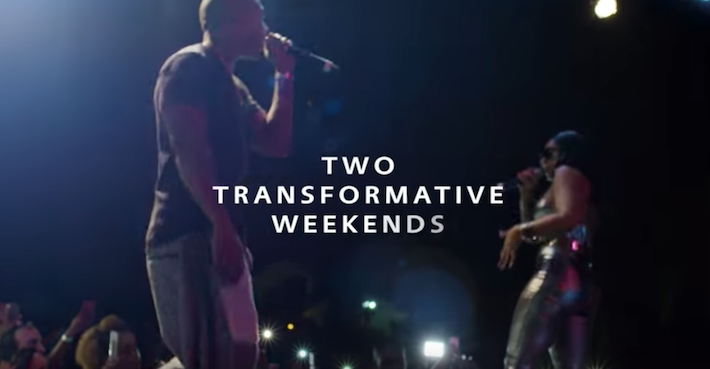 These titles are creatively woven into the editing of the video, coming in waves every five to ten seconds to introduce a new key feature or piece of brand messaging.

And that leads us straight into what they did wrong. 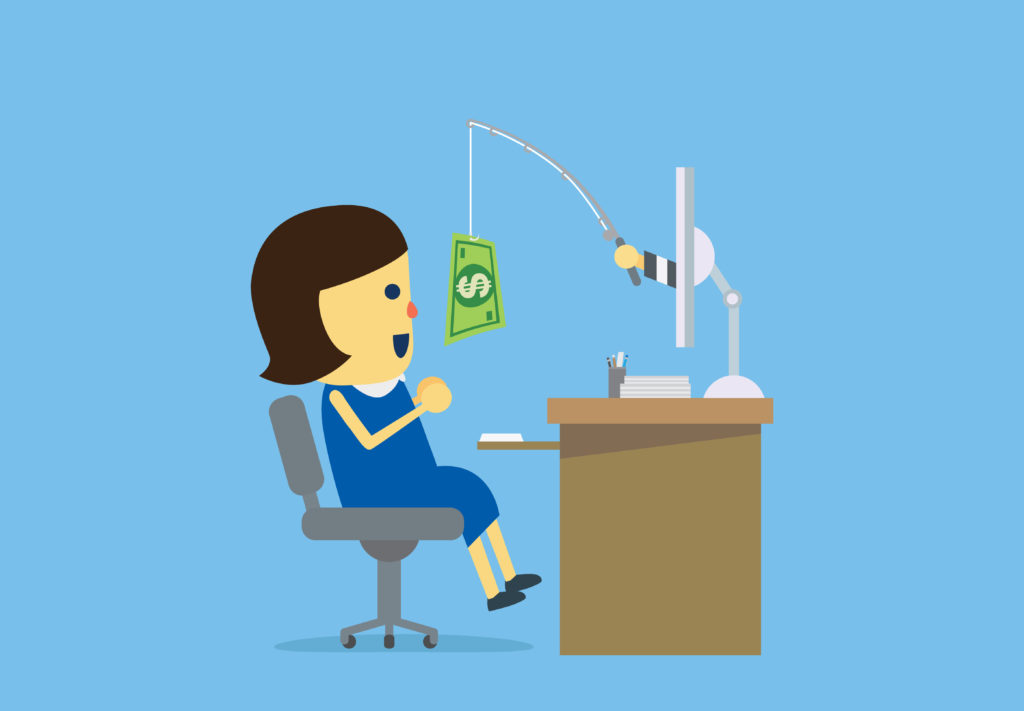 The ultimate downfall of the Fyre Festival marketing was that the video (and accompanying copy) promised everything and told you nothing. It’s Coachella on an island? There’s luxury VIP suites? How’s that going to work, exactly?

Don’t promise things you can’t actually deliver – especially if your video goes viral and is seen by millions of people. If you do, you’ll at best end up the laughing stock of the internet and at worst go to prison having defrauded thousands and owing millions that will take the rest of your life to pay back.

Instead, create a video that honors and promotes what your business actually does do – and does now. Don’t offer pie in the sky theoreticals; highlight the good work your company is already doing. And if your product or service isn’t ready to go to market, you aren’t ready to make a video about it!

While Fyre Festival founder Billy McFarland has plenty of other problems now that he’s in federal prison, one thing he’ll never forget is not to cross Pablo Escobar.

The original plan for Fyre Festival was that it would happen on an island Mr. McFarland was in the process of procuring from the infamous drug kingpin. According to both documentaries, this was one of the actual, factual, logistically sound things the Fyre team had ready to go – as long as Mr. McFarland didn’t use Pablo’s name in any marketing materials. Well, as you can see, he did exactly what he wasn’t supposed to. Guess what happened next?

Nope, they didn’t come after him guns blazing like a scene out of Narcos. But they did get kicked off the island almost immediately, forcing them to relocate the entire festival, the first of many screw-ups down the road of demise for team Fyre.

The lesson here? Don’t mislead anyone you’re working with, including your employees, your investors, your partners, your contractors, your freelancers, and more. Don’t lie, don’t cheat, and don’t promise to deliver something you know you won’t be able to deliver.

Lesson learned. Maybe Billy will have time to catch up on season three of Narcos if his jail cell gets Netflix.