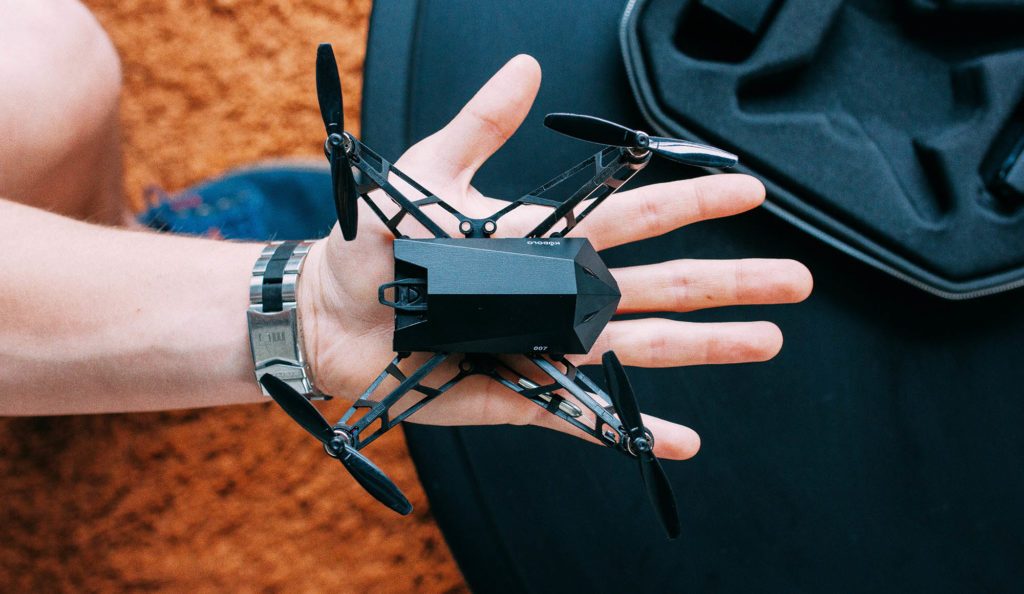 If you spend enough time on a social media network like Facebook or Twitter, odds are you’ll run into someone’s fundraising campaign. Among the GoFundMe’s and cause-oriented platforms, you’ve probably come across an aspiring entrepreneur launching a “revolutionary new product” with an Indiegogo or Kickstarter campaign. That person might have even been you!

The types of products these budding entrepreneurs (or big time businesses) are crowdfunding can range from quirky to cool, and aim to address all sorts of issues and interests spanning every niche known to man. While the products might differ, the platforms have become household names, raising billions of dollars across every industry, from entertainment to agriculture, and even to space exploration!

Lemonlight and StartEngine hosted an exclusive webinar, “How to create an engaging crowdfunding page.” In case you missed it, here are the essential tips and tricks for the best landing page possible! Remember – the more informative and eye-catching your crowdfunding landing page is, the higher the chance of raising funds for your company!

Here are the top five crowdfunding platforms for funding your dream project, whatever it may be!

Number one on our list, Kickstarter is arguably the most popular and well-known “rewards-based” crowdfunding platforms out there, and has even become a household name. If you told your great-aunt Gertrude you were launching a Kickstarter campaign, she would probably know what you were talking about. Primarily a project-oriented crowdfunding platform, campaigns on Kickstarter have raised a collective of $3B big ones from millions of backers to fund all sorts of gadgets, music, books, films, art, and more. Almost as well-known as the name Kickstarter is the crowdfunding platform’s use of the “all or nothing” funding method, requiring you to raise one hundred percent of your goal in order to keep even a dime of it. This builds urgency as well as stress, and can turn into a big headache if you don’t set a realistic goal and end up under-funded.

Pros: Most popular crowdfunding platform, with the highest name recognition and most monthly global traffic (ranked #607 by Alexa). Over $3B raised, with projects sortable by every industry niche you can think of. Great for funding products and creative projects.

Cons: Project-based only – can’t raise capital on its own. All or nothing funding model. Takes five percent in fees, with another three to five percent taken by payments processors. Potential for your campaign to be lost in so many campaigns. 14 day waiting period for funds, and limited email support. Also requires Kickstarter approval of campaign before launch.

If Kickstarter is the King of crowdfunding platforms, Indiegogo is the Queen, and if you don’t mind mixing metaphors, much like Queens in chess, Indiegogo is quite versatile. Having raised over a billion dollars from millions of backers across hundreds of thousands of projects, this versatility is one of key components of Indiegogo’s success, as shown in the crowdfunding platform’s ability to offer creators both fixed and flexible funding. Similar to the all or nothing approach, fixed funding is ideal for projects with a set amount, but should an entrepreneur be open to working with what they can get, flexible funding allows campaigns to keep as much as they can raise – great for open ended projects or businesses in need of anything they can get (as long as they can deliver). However, flexible funding comes with an added fee of nine percent (versus the standard four percent) which can end up being costly. On the flip side, should your campaign end up being overfunded, you have the option of keeping your campaign up past its end date by staying “In-Demand” and continuing to take donations.

Plus, as an added bonus, Indiegogo offers a partnership with an equity crowdfunding platform called MicroVentures. Through this partnership, Indiegogo can vet successful startups to raise more money (or money for the first time) through an equity-crowdfunding campaign, giving backers an investment in the company instead of a reward.

Pros: Name recognition, great monthly traffic, and fixed or flexible funding. Slightly lower fee than Kickstarter (if your reach your goal) and can stay In-Demand after campaign ends. No application process or pre-approval required, and option to raise equity round as well.

Cons: More expensive fees (nine percent vs four percent) if you miss your goal in a “flexible funding” round, plus you miss the urgency of an all or nothing funding style campaign. Three week waiting period to withdraw funds, and limited availability from the support team.

Known more for cause-oriented and personal crowdfunding raises, GoFundMe can be a great crowdfunding platform for businesses too. Prolific, GoFundMe’s crowdfunding platform has raised over $5B for people and causes from all over the world. Despite having raised more money on its platform than Kickstarter and Indiegogo combined, the only reason GoFundMe is ranked third is because it’s not often a first choice for crowdfunding for products or businesses. That being said, a GoFundMe campaign is best for funding a specific business project or covering obscure / immediate business expenses that pop up – whether it be to fund a new bookstore, or to cover damages and rebuild a new kitchen after a water main bursts. Whatever the cause, GoFundMe can be great for sourcing and rallying your community into helping grow or launch your business.

Pros: Crowdfunding platform with the most money raised ($5B) from the most amount of backers (50M). Free for the user and easily syncs with social media. Can withdraw funds right away. Provides a Guarantee for donors and beneficiaries, and has a 24/7 support staff.

Cons: Like Kickstarter, GoFundMe uses an all or nothing approach. Charges five percent of each donation, and payment processors charge another two to three percent on top of that. Less known for helping to fund businesses, as its more known for donation-based causes.

Behind GoFundMe, YouCaring is one of the biggest cause-oriented crowdfunding platforms, and is a great fit for founders involved in a non-profit. However, YouCaring is not the right crowdfunding platform for you if you’re looking to raise capital for a product or services-based company. If you are looking to fund a non-profit, however, YouCaring has helped over 250,000 non-profit campaigns raise over $900 Million from millions of supporters. The best part? No fees as long as your donors choose to “tip” and cover the fees themselves.

Pros: Over $900M raised (according to Crowdfunding.com) and has great monthly traffic. Takes strides to make the page creation process simple with intuitive templates and a clear step by step. Funds can be withdrawn immediately. Great resource for non-profits.

Cons: While the platform claims to have no fees, there are still processing fees (roughly 2.9%). Support hours are limited, but there’s no donor Guarantee policy. Good only for non-profit companies, not product or services based for-profit startups.

Fifth on the list is a crowdfunding platform specifically for helping raise capital for your business with equity crowdfunding. Equity crowdfunding can be confusing because the rules and platforms are newer and less well known, but if you’re looking for one of the best, that’s open to the general public, and has a high chance of success, you don’t get much better than Wefunder. Wefunder has raised over $30M for over 180 companies who used the crowdfunding platform to sell shares in their business. That might not sound like a lot when compared to some of the rewards-based juggernauts on this list, but to put it into perspective, 180 companies were able to get over 36,000 investments into their business ventures, usually from friends, family, or community-members and with seventy six percent of investments under $500. The platform makes it as easy as possible for backers to invest, and offers lower minimum investments ($100) than any other equity crowdfunding platform, and has a great team on the backend to help you curate your company’s best features to present to the crowd. Not to mention, equity crowdfunding encourages your backers to be invested in your success because of their financial investment in your company’s future.

Pros: Easy way to crowdsource investments into your company from the general public instead of offering rewards. Platform has a high track record of success. Great team to support and help you build your campaign.

Cons: Equity crowdfunding is more complicated and less well known than rewards or cause-based crowdfunding, as well as the Wefunder platform being less well known by the general public. Need for more transparency and over-communication to backers (as investors).

A Few Things to Keep in Mind…

Remember – just because a platform is well-known or has raised a lot of money for other people, doesn’t mean your campaign will be a slam dunk and you’ll raise thousands of even millions of dollars just by pushing your campaign live. In fact, the opposite can be true – with so many campaigns on so many crowdfunding platforms, it’s rare for a campaign to stick out of the crowd without celebrity endorsements or a killer marketing campaign.

Here’s three quick ways to ensure a successful crowdfunding campaign, no matter what crowdfunding platform you use:

While hiring an outside agency can help you with the first two, there’s no substitute for hand-building your community yourself. How better to know what the people want than by talking to the people? However, the third one can be tricky to accomplish all on your own without the right equipment or guidance… so don’t! Let our team of video production pros help you out. Feel free to talk to one of our creative producers today to set up a call and bounce some ideas around. You never know what could come out of it.