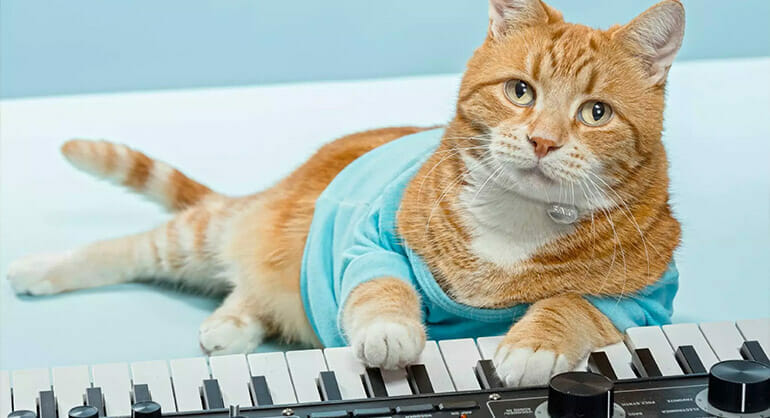 11 Viral Videos and the 8 Traits That Made Them Successful

Your video goal should never be to “go viral.” Aiming only for video virality means you’ll more than likely end up with mediocre content that doesn’t meet your high expectations.

That being said, hoping for high engagement, views, and shares is a better goal – and if you’re lucky, you’ll end up with a great video that meets your goals and also happens to go viral.

But what can you do to create a video you and your partners will love, but that’ll also blow away your audience, consumers, and potential customers all in one go?

Getting a little viral leg up is never a bad thing. We’ve shared a few expert tips for creating a viral video, but today we’re breaking it down even further, showing you exactly what traits your video should have if you want lots of views and fast.

Quick – name the last viral video you remember that was 15 minutes long?

We can’t come up with any, either. And that’s because most viral videos are short. Really short.

Keyboard Cat is 54 seconds long. Charlie Bit My Finger is 55 seconds long. Chewbacca Mom is longer at over four minutes, but most of that video’s virality came from just over a minute’s worth of her insanely joyous laughter.

Branded viral videos usually clock in at slightly longer due to their more commercial-esque style, but even then hover closer to that one- to three-minute mark. (Chuck Testa and Dove’s Real Beauty Sketches come to mind.)

Generally, viral videos become viral because they’re easily and quickly consumable. Essentially, you get the gist fast and can watch them almost anywhere at any time, taking away a lot of those practical watchability obstacles that come with longer formats.

Not gonna lie. Getting humor right is hard. This is probably one of the most common mistakes people make when they’re trying to create a viral video. Being funny means more views and more shares, so they try to be funny, but end up failing miserably.

How do you get humor right?

Because this is so immeasurable, brands tend to fail big time when they try too hard. The solution? Test new things!

The more you can test different concepts, the more feedback you gather. Even in the planning stages, you can test concepts on friends, coworkers, or family members. If your concept doesn’t sound funny, it probably won’t be.

On the other hand, some things don’t sound funny, but can leave people in stitches. That’s why thinking outside of the box, getting out there, and just trying things can be your biggest helper here.

Remember those screamer videos popularized in the early 2000s? Where you’re watching an otherwise calm video, and something (usually a scary face or screaming zombie,) jumps out at you and screams?

These were admittedly horrible videos, but they were insanely popular. What made them so popular? That unexpected element of surprise.

We’re not advising you to use horror or jump-scares to frighten anyone, but we are recommending using this element of surprise in a strategic way. Whether it’s surprise, shock, or even slight trickery, an unexpected change, transformation, or emotional turn can help elevate how your video resonates with your audience.

Just be sure not to go overboard, and please – no sudden, ear-piercing screaming sounds allowed!

That element of surprise ties in closely with this next trait: ensuring your video elicits a strong reaction.

Audiences should love, or hate, or be surprised by, or be confounded by your video. Tons of viral videos are viral only because they elicit a sense of WTF. These emotional reactions, in turn, spur participation. People have a strong reaction, then share a video, then ask for the opinions of others, and then start spreading word of mouth.

Think of the blue and black (or is it white and gold?) dress. The infamous photo was posted on Tumblr in 2015 and, within a week of its posting, there were over 10 million tweets, tons of hashtags, and people everywhere talking about it. The same thing happened with Yanny vs. Laurel. Participation happens only when a strong emotion occurs, so dedicate yourself to eliciting an emotional reaction and organic spread will follow.

Like humor, this is another trait that’s hard to define. What makes something easily and quickly recognizable?

Why the Damn Daniel video took off like it did is still a mystery, but part of its insane success has to do with how easy it is to recognize. From the catchphrase, to the voice, to the mirrored shots, it’s absolutely recognizable within seconds – and that’s no small feat.

Most viral videos have elements that are easy to recognize. Repetition, quirky details, outrageous backdrops or colors or design, outlandish music or sound, or a character all can work to make your video recognizable, but again, there’s no formula here.

The trick is to pick a gag, for lack of a better word, and lean heavily into it. Brands can do this expertly, as well, like Melbourne Metro’s Dumbest Ways to Die video and Blendtec’s Will It Blend? series.

Videos by nature are pretty easy to distribute, but with so many social media platforms requiring native video embedding, people and brands need a specific strategy for guaranteeing optimal reach.

That Damn Daniel video? It was originally a series of Snaps uploaded to SnapChat. On that platform alone, it could have never reached the popularity it accomplished. It was the montage of Snaps uploaded as a singular video to YouTube that propelled its growth and really helped it take off.

So, although this “trait” is less a trait and more of a reminder, you do want to keep distribution in mind as you create your video. Keep orientation in mind, make your video easily transferable to multiple platforms, and use the right promotion to give your video the organic push it needs to really blow up.

Nothing will make a video go viral more than universality and broad appeal. Unfortunately, it’s one of the main reasons it’s so hard for brands to make their content go viral – branded content just isn’t as universal as a funny mom or an adorable kid.

Beyond that, universal appeal also means creating a video that’s relatable on a global scale. Videos addressing niche topics, videos high in specificity, or videos that don’t appeal to a broad, relatable set of emotions aren’t likely to do very well.

As an example, we give you a classic: Charlie Bit Me. Two adorable children, easily understandable (and translatable) language, laughter that’s contagious, and a clip that needs no further context, this video has absolute universal appeal and is one of the internet’s heaviest hitters.

No matter what you do right, there is no real predictor of viral fame. What really makes a video go viral is something entirely out of your control: luck. Often, the more you plan, the higher your risk of failure is.

That’s because virality is generally pretty undefinable. Your video just has to get watched or picked up by the right person, at the right time, and in the right place. You can definitely optimize for virality, but virality is never a given.

And now, we present you with a few more videos that have successfully mastered all eight of these traits. We hope you enjoy! (And, in some cases, we’re very, very sorry.)