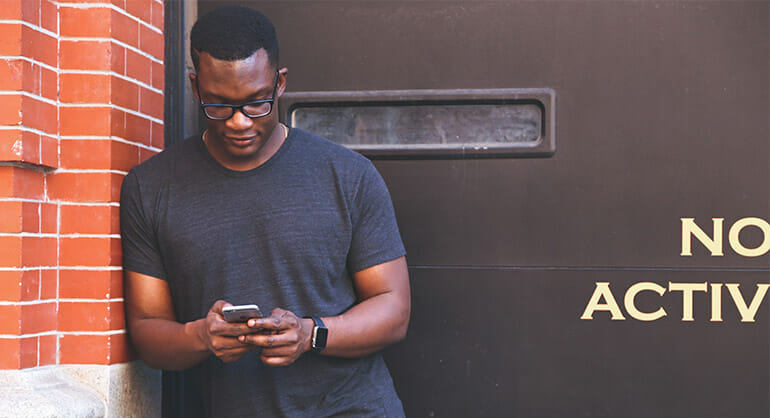 Almost everybody in their mid-20s (and older) has heard this troubling phrase from a teenager or–even worse–a child. “That cannot possibly be true,” you might reassure yourself as you desperately Google “Facebook Statistics” on your phone. The numbers seem to back you up – Facebook is still the largest social network in the world, with almost two and a half billion users.

So yes, massive amounts of people still use Facebook, but less and less of these are Gen Z. In fact, more than a third of US teenagers think that Facebook is “for old people.”

That means while well-known platforms like Facebook, Instagram, and Twitter still technically dominate the world in terms of sheer numbers, younger generations are increasingly moving towards newer social media networks that fall outside of the typical “adult” purview. For video content marketers, this poses a unique challenge: How do you harness platforms to connect with your audience when you no longer intuitively understand what that platform is all about?

Together, let’s explore six up-and-coming social media platforms that every content marketer should become familiar with – and break down how they might be useful for connecting with young audience all around the world.

Of all the platforms featured on this list, TikTok is far and away the most popular. Similar in some ways to the gone-too-soon (but soon-to-be-resurrected) app Vine, TikTok empowers its users to create and share short-form video content. Headquartered in China, its developers absorbed the nearly identical app musical.ly and rose on the wave of their collective user base to a grand total of over 500 million monthly active users worldwide. To further prove our earlier point, 41% of those users are between the ages of 16 and 24, which is an incredibly valuable demographic to connect with.

TikTok advertising is still in a relatively unevolved stage, compared to the robust features of more senior platforms. Still, it offers content marketers the chance to optimize their fullscreen video ads with fun features like hashtag challenges, 3D/AR lenses, stickers, and more. You can also create your own branded channel for users to follow, or collaborate with well-known TikTok influencers (like lip-sync star Tyler Brown) to spread brand awareness.

A clear sign that giants like Facebook recognize the importance of newer platforms is Lasso, which Facebook launched in 2018 as a direct rival to TikTok. Like that app, it allows users to create, post, and share short-form video content. Unlike TikTok, it comes pre-integrated with Facebook and (down the line, according to sources) Instagram, two of the most important social media networks already in existence. That’s the equivalent of a new television show having the Super Bowl as its lead-in. So while Lasso has currently only been downloaded around 70,000 times, it is still a part of the Facebook family. As such, marketers should view this platform as one with potential – explore its possibilities now, and you might reap Lasso’s rewards tomorrow.

Posting gets profitable with Steemit, the world’s #1 cryptocurrency-adjacent social network. Like popular aggregation site Reddit, Steemit users have the opportunity to share content, comment, and upvote other people’s posts. But rather than just be rewarded with clout and personal pride, the most successful posters on Steemit can earn “Steem” coin. For companies looking to target crypto-savvy customers (or anybody with a serious interest in tech) a platform like Steemit is the ideal balance of work and play.

With over one million users currently signed-up, Steemit is on its way to developing a sizable following. Though their marketing tools are still being tested, keep your eye on this platform if your brand believes that cryptocurrency really is the future of commerce.

Formerly known as Meerkat, Houseparty refers to itself as a “face to face social network,” and a “living room” for its users. This platform has a single function, which is allowing users to host video hangouts for up to eight people at once. This simplicity both sets Houseparty apart from its competitors and makes it particularly challenging for advertisers. As a private (or “dark”) social network, Houseparty has extremely limited discovery functions for users to find new content. That’s part of the reason why, despite having a user base of over 20 million people, Houseparty does not currently offer any kind of advertising tools.

However, they have recently taken their first steps towards monetization by partnering with the popular party game Heads Up to produce an in-app variant. Only time will tell if this particular partnership works out, but in the event that it does, expect to see more brands creating paid in-app content for Houseparty. Will yours be one of them?

Live streaming platform Twitch has a new competitor with Caffeine, which offers nearly identical features. As with Twitch, Caffeine users can broadcast both themselves and whatever content they are playing or viewing on their screens to audiences around the world. What sets it apart from their massively-popular rival is its overall ease-of-use (no outside software required) and integration with platforms like Twitter and Facebook, plus an ex-Apple pedigree. Companies with an interest in hopping aboard the Caffeine bandwagon should start identifying its major influencers as soon as possible, for potential sponsorship deals – or create their own branded stream where they can sell digital items directly to followers.

The founders of Vero describe their platform as “more social, less media.” On the surface, it appears very similar to a lot of other mainstream social media platforms, from Facebook to Twitter to Instagram. Vero users can share videos, make posts, recommend content, and like and comment on whatever they see. Unlike those other platforms, it promises to remain a 100% ad-free digital environment with zero data-mining. It also features a strictly chronological feed, as opposed to its rivals, which are driven by frequently frustrating algorithms.

But if there is no advertising, why bother mentioning it here? Vero is most interesting to video content marketers as a totally singular case study for future customers. What does it say about the platform’s growing user base (currently three million strong) that they would seek out an “alternative” to traditional social media? What will happen when Vero rolls out its promised subscription offerings, instead of being free? And how many people are willing to pay for the chance not to be advertised to?

While few of these platforms threaten to out-and-out replace standbys like Facebook and Instagram, their presence is important to brands for a number of reasons. Like Vero, all of them are valuable not just for what they are, but for the ideals that they represent. Through these social media platforms, we are able to glimpse both the future of video content marketing and of all digital communication. Pay close attention, and your brand can stay ahead of the curve for years to come.