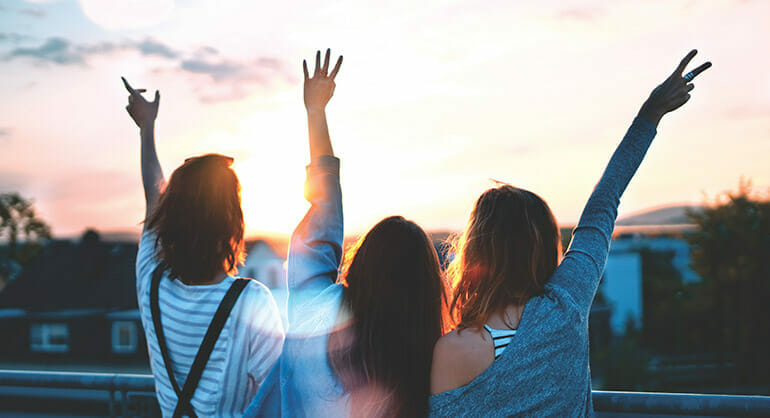 3 Tips to Help You Nail Your Next Lifestyle Video

Let’s be real. You have the best brand on planet Earth. Your brand’s passion for environmental responsibility is so awesome, and is probably helping to save us all from extinction 10 years from now. Unlike some companies that are just in it for the money, you’re in it for, like, the mission, man.

Don’t get us wrong – we’re all about that stuff. It’s so great when you create marketing messaging that comes from your company’s core why because that passion shows in everything you do.

But have you ever thought about putting your brand on the back burner for a second? We dig the why, but going easy on the who can be just as important. If you do it right, people will still remember your name. In fact, they might remember you more for it.

Sometimes it’s good to take it easy on the brand positioning and let your company’s lifestyle take the wheel for awhile. Creating a lifestyle video that lets the lifestyle do the talking while keeping brand positioning as background can create an impactful and super memorable video, like MillerCoors did in this new ad spot from Saint Archer Brewing Co.

The video, titled “Anthem,” is a love song dedicated to the company’s new light beer. If you turned this on and mistook it for a laid back indie music video circa VH1 in the late 2000s, you wouldn’t be that far off. The video has chill encoded into its DNA, which is what we’re talking about when we talk about being lifestyle first.

Notice how the beer is barely mentioned? Sure, it’s a fixture throughout, but this isn’t necessarily a product launch video. With tough regulations on how you can market beer on screen in the first place, beer commercials always have to be creative, but this video is more subtle than most. It uses a “light” touch, if you catch our drift.

Let’s skim through and pick up a few key takeaways for you to remember next time you create your own brand lifestyle video.

1. Find a visual motif to go with your theme.

Visual motifs are themes that are represented visually throughout an artistic work. In Saint Archer’s video, their theme is “finding your way is better with a light,” which is a play on the product being a light beer, as well as a larger theme about finding your own personal light, or inspiration. This is a sweet sentiment that plays at a big idea, but the director of the video actually uses a brilliant visual motif to represent the concept throughout the ad.

As you watch the video, notice how light is used in each shot. In most shots, someone is either walking toward a light or light is prominently featured somewhere in the shot, like the sun in the distance casting lens flares.

It’s subtle at first, but you can see the idea culminate toward the end. The jukebox the guys were setting up in the beginning of the video turn its lights on. The woman working her craft finishes a new neon sign. The surfer swims toward the sun. The skateboarder finds the garage with the lights on with all his friends in it.

By using the visual motif of light, the director underscores a larger theme. Everyone is looking for their light and finds it in different places – here, it’s in music, sports, and friends.

While the director uses the visual motif of light to underscore his theme, if you’re just watching the video at face value, you’ll see people having fun, pursuing their passions, and living their best lives. What’s not to love?

If you’re creating a lifestyle video, focus on showing real life. For instance, Saint Archer is a brewing company from San Diego and their customers skew younger, so the Anthem video showcases things their customers enjoy, like rock-climbing, surfing, and skateboarding, as well as attending concerts and following their passion.

When creating your own lifestyle video, don’t just think about some imaginary lifestyle you want your company to encompass. Think about who your target audience is. Who are they, really? What do they enjoy? What are they passionate about? What would a video about their lifestyle look like? What makes you, as a company, fit into their lifestyle?

Finding the right song is always a challenge. However, it’s critical for a lifestyle video, where portraying your company’s vibe is the entire point. If you don’t have the right song for the feeling you want to evoke, then it’s going to be virtually impossible to capture that emotion.

We’ve written about how music can change an entire video, so make sure before you set out to create a certain aesthetic that you have a song, or type of song, in your head that helps convey that aesthetic.

If you have the money, buy the rights. If you don’t, find royalty free or songs with cheaper rights that feel as similar as possible to what you’re going for. If you can’t duplicate it, it might not be the right fit and you’ll struggle to recreate the feeling you’re going for.