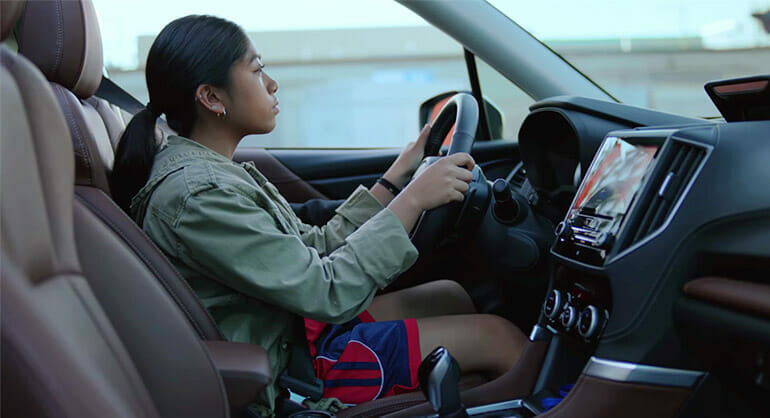 3 Tips from this Subaru Commercial You Need to Start Using

Each technique has its own pros and cons, and certain brands will usually go for one over the other. Car companies will almost always go the stunning route, Geico is almost always a guaranteed laugh, and you know you can count on Budweiser to bring the good ole’ American feels come Super Bowl time.

But what happens when a brand goes for all three? That’s what Subaru did in their new ad for their 2019 Subaru Forester titled “A Parent’s Imagination,” which you can watch below:

While the subject matter is kind of dark, the commercial certainly isn’t, and somehow it makes you feel a strange mix of all of the feelings mentioned above – while still working overall. We’ll dive into how they did it in a minute, but first, let’s remember that Subaru is no stranger to creating great ads that tug on our heartstrings. Take this ad from back in 2010:

You remember this one, right? That dad giving his little six-year-old girl a pep talk before she goes out for her first solo drive?! Of course, he’s only imagining his daughter of legal driving age as an adorable little kid, but that ad is every bit as clever, shocking, and sweet as it was then, which was …almost ten years ago?! Wow. That’s a terrifying thought.

Okay, now that we’re all properly shook-up by the horror of the passing of time, let’s dive into “A Parent’s Imagination” and go over three key take-aways you can borrow for your own video marketing efforts.

1. Visuals that Stun in an Understated Way

The concept for “A Parent’s Imagination” is simple: parents worry a lot about their kids, and they have plenty of good reasons to, as demonstrated by the visually amazing near-accidents in the video. Whether created with visual effects, practical effects, or some combination of the two (which is our guess), the mid-accident cars, as well as the kids inside them, are visually breathtaking – especially the shot of the car suspended directly over the lake near the bridge.

These aren’t the fast-moving shots tracking a cool car through a winding mountain road we’re used to seeing in car commercials, but they’re visually impressive all the same. However, this ad doesn’t just bum us out by reminding us how easy it is to get into a life-threatening accident, because the video also uses…

Now, what makes the car accident shots work are the edits to the shots of the kids inside the car hanging in their seats, very much alive, while eating french fries or checking out their phone while entirely upside down. A silly visual to be sure, but one that resonates with a certain comedic sensibility – I’m thinking of the dad who calls his teenage kid into the room to watch this commercial with him because it’s a funny way to also teach an important lesson.

Since this video is about the parent’s imagination and not the reality of an actual car accident, the video gets away with creative license here, and gets to be a little silly while making its point. That lesson does stick with you, especially as the video cuts back to the forlorn looks on these parents’ faces, which leads us to the third strength of this commercial…

3. An Emotional Hook that Appeals to the Core ‘Why’ of the Product

By the end of the video, the teenager driving the Subaru Forester, who nearly gets into a real accident because of a phone notification, is saved by the Subaru’s DriverFocus Alerts right in time. Then, we cut back to the match cut of the worried mom as her daughter pulls up, ending the cycle of worry – all thanks to the new 2019 Subaru Forester!

Okay, commercials will always be commercials – but that moment itself is cute and genuine, and totally appeals to its core demographic. That’s because this commercial perfectly understands the “why” behind the product it’s advertising. In this case, it’s the DriverFocus Alerts, which sense when a driver, in this instance a teenager, takes their eyes off the road and beeps in time to react.

The why? Getting home safe, which is the exact shot we end with.

So how can you best incorporate these lessons into your own video marketing efforts?